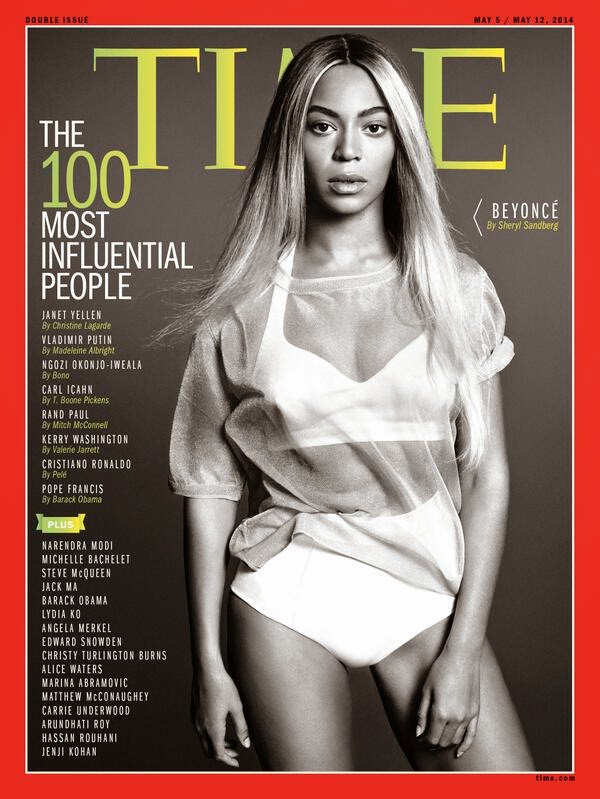 The annual 100 most influential issue of TIME Magazine is out and 2 of our best, namely the Richest Nigerian on Earth and by extension the richest African on the Universe Alhaji Aliko Dangote, the president of the Dangote Group was amongst those listed. Not just him alone, also on the list is our very own Finance Minister & coordinating Minister in charge of the Economy, the one & only Ngozi Okonjo-Iweala.

With these 2 Nigeria is on the world map again for good reasons. A major kudos. Aliko Dangote’s piece was written by fellow billionaire, in fact the world’s richest individual Bill Gates, while that of Okonjo-Iweala was done by the very incredible Bono, the well respected front man of U2.

A
year ago, I gave a speech in London about the fight to eradicate polio.
It included a section on Nigeria, one of just three countries where the
virus still circulates. The organizers told me Aliko Dangote had been
invited. I thought, I’d like to see him, but he’d end polio faster by
staying in Nigeria and doing the work he does every day. Fortunately,
Aliko thought the same thing. He skipped my speech, and the children of
Nigeria are better off for it.


Aliko is Africa’s richest man, and his business activities drive
economic growth across the continent. That’s impressive, but I know him
best as a leader constantly in search of ways to bridge the gap between
private business and public health. It’s for that reason he helped
create the Nigeria Private Sector Health Alliance. And it’s for that
reason he is an advocate for agricultural research and malaria control.

All of this is in addition to Aliko’s leadership on polio and other
diseases. The last time I was in Nigeria, we met with dozens of people,
from government leaders to front-line health workers. After I left,
Aliko followed up with them to make sure they were doing the work they said they would do. This year, Nigeria is on
pace for its lowest number of polio cases ever. Aliko is a big reason
why.

Gates is co-chair of the Bill & Melinda Gates Foundation

Guardian of Nigeria’s public fund
I first met economist Ngozi Okonjo-Iweala when she was
campaigning for Nigerian debt relief. We’d been fighting our way through
capitals around the world trying to get Cold War–era debts canceled for
the poorest, most heavily indebted countries. During her first term as
Finance Minister of Nigeria, Ngozi arrived at her desk to find a weighty
$30 billion owed. With oil prices on the rise, she stopped having to
plead with her creditors and bought a massive chunk of her own debt so
she could cancel it herself. As if to make a point. She became a legend
in that moment.

Humor and joy spill out of her, which can belie the fact
that she’s got one of the toughest jobs on the planet — how to ensure
that the tens of billions of dollars earned each year in oil receipts go into productive usage,
like agriculture, infrastructure, health and education. Ngozi has made
corruption her enemy and stability her goal. She is fiercely
intelligent; everyone wants her to work with them. I couldn’t be prouder
to work for her.


On the cover of the 100 most influential people edition is the incredible & super gorgeous global star singer, actress, mother & wife, the irrepressible Beyonce.


Some of the other listed amongst the 100 are Matthew McConaughey, Cristiano Ronaldo, Pope Francis, Kerry Washington, Vladimir Putin, Carl Icahn, Barack Obama, Angela Merkel, Hassan Rouhani, John Kerry, Shinzo Abe, Xi Jiping, Ory Okolloh, Pharrell Williams and the likes. So both Nigerians are amongst the rarefied 100.

NO MORE BREAK-UP FOR P SQUARE
SPECIAL ED, B-RED & OTHERS GO DOLLAR GAGA AT STRIP JOINT (EXPLICIT PICTURES BELOW NOT FOR KIDS)
Comment