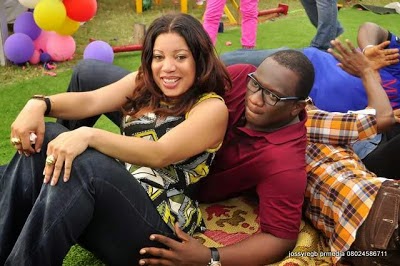 We came across this mail and thought it was best for us to post or should we say publish so we all at least can get to the bottom of this whole shenanigan. What could have suddenly gone wrong with this relationship that was like something made in heaven just a few months ago, to warrant all the veiled accusations.


Who dumped who? Or should we say who left who? Even if someone decided to go, couldn’t everyone have just gone their different ways and let bygones by bygones? But it’s like there is much more to it. Maybe at the end of it all, the truth would come out soon. We wait patiently for that to happen.


Meanwhile, this is what we got, please read, digest and judge yourselves!!! We have not edited much of the note, but we had to remove some words because they were too vulgar. But much of what is published is how we got it.


My name is Grace Amanda I am a friend to both Lanre Nzeribe
and Monalisa Chinda I have decided to write my name in this story so that both
parties know exactly where this is coming from.
I know both parties well, I have related with them well
enough to know what they are capable of and I know almost everything that went
down in that relationship and I can assure you this story is true. I know
commentators would wonder why I bother writing this or how it’s my business
what happened between those two but I think I owe it to humanity to speak because
most of what you people know is either wrong or not completely true. Most of
you have concluded that Lanre Nzeribe is the demon and villain while Monalisa Chinda
is the victim in that relationship but I tell you the opposite is the case. I
guess the saying is true, “appearance is deceptive”
MORE AFTER THE BREAK. PLS CLICK ON READ MORE BELOW