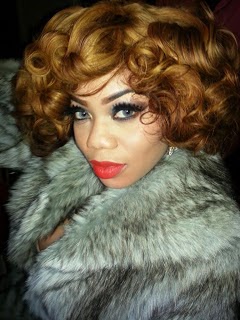 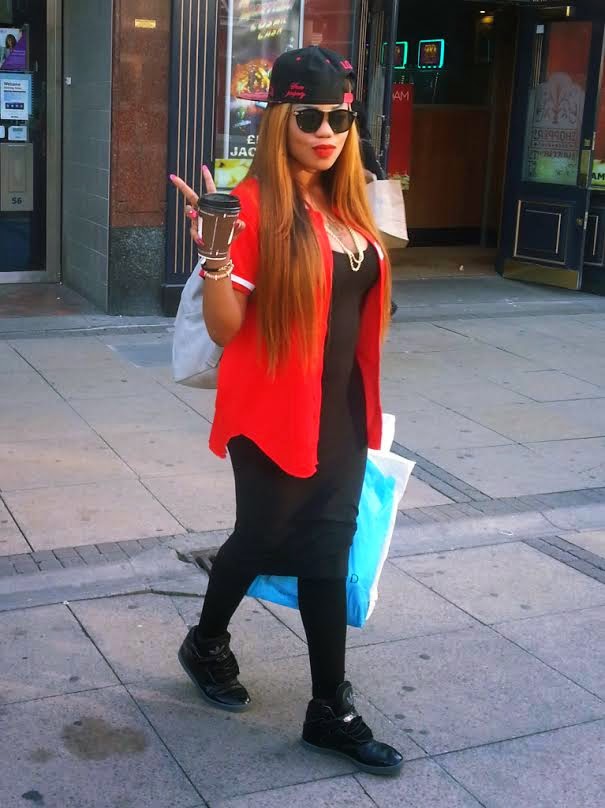 After several months of hard work, tearing down, re-building, partitioning, demarcating, decorating, arranging et al, Lifestyle serial entrepreneur and mother of 2, the indefatigable and highly industrious Toyin Lawani has thrown open the doors of her business headquarters which she has aptly named  Tiannah’s place ‘Empire’.

The white edifice, with red cladding around it, is located at 10 Fola Osibo Street, behind Admiralty Way, Lekki Phase 1, on the island. Truth be told, its an imposing building.
It’s a big one storey building of about 10 or more bedrooms, that was knocked down inside and redesigned to accommodate all of Toyin’s different business tentacles.  The idea basically, is to have all her businesses under 1 roof. Which is good for monitoring and coordination. So from Tiannahstyling-her celebrity styling brand, to the travel & tour agency, to Amaladotcom her one of a kind restaurant, to her fashion academy, to her fashion house Elegante, to her skin beauty business- Tiannah’s place which comprises of a salon, spa, nail studio and product sales (Tiannah’s Glow) and more. They are now all under one roof.

Though the place has not been opened officially, by that we mean with a mother of all opening or launch party as is expected, we hear that business is going on there right now.

For her to open what she has always dreamt of as a world class business empire, just before she went on a short sabbatical to go deliver her few months old baby boy, the then very pregnant Toyin had gone on a trip to Dubai, the US and China to get things for the new place.  And now they have moved from their former base on Oyin Jolayemi, Victoria Island to this new place.

Now with the opening of her new palatial edifice, which must have set back by several millions of Naira, Toyin as already made a signpost of her direction for the future, which is the ambition to take over the world (remember Pinkie & the Brain) and rule it as a giant in the business world.

As par the date of the official opening, we do not know yet. But if we are informed we would let you all know.