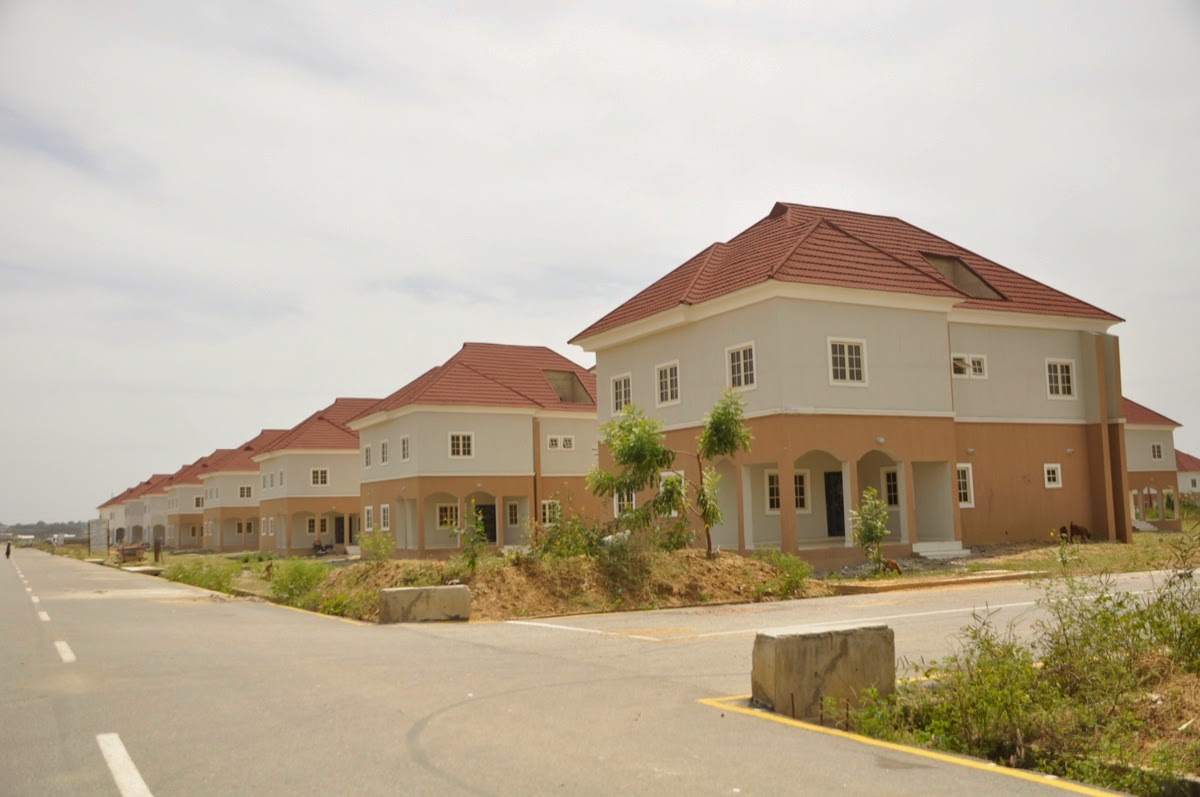 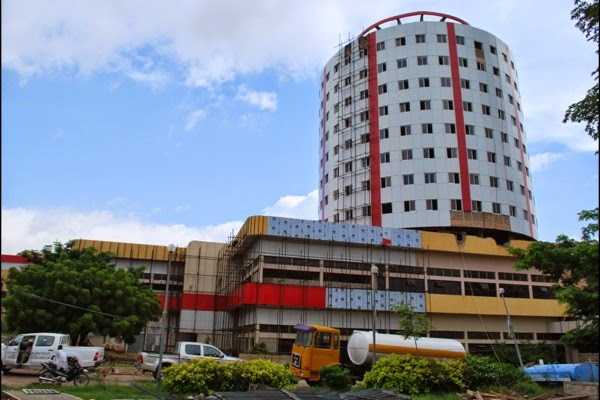 We have verified the allegations of a
full blockade of Kano State Governor Kwankwaso from all public venues in Abuja
by the Jonathan-led PDP government. The Kano State governor who intends to make
his declaration to run for the Presidency of Nigeria under the APC opposition
party this Thursday (Tomorrow), after making several attempts to secure these
public avenues, to no avail over the past days finally resorted to making this
infraction known to the public in a Press release by his office.

The question is: who is afraid of Governor
Rabiu Musa Kwankwaso and why?

We proceeded to check the record of Governor
Kwankwaso and the reasons why the Jonathan-led Government could allow Atiku
Abubakar and General Buhari make their declarations, but utilizes all means to
block Kano state Governor Kwankwaso’s declaration for the President’s seat.

I am humbled to say that in the
record of Kwankwaso in Kano over his three years, he has been different. After
speaking with several ordinary, everyday Kano people, I was dumbfounded. ENDS
sent a representative to Kano to investigate the facts and the lengthy report
of Kwankwaso’s performance bewilders and I dare say is relatively unseen in
Africa.

From new stellar tertiary
institutions of higher learning, many built as global collaborations yet unlike
Lagos where Governor Raji Fashola must be appreciated; Kwankwaso’s Kano
maintained public ownership of all the new developments. Kwankwaso unlike what
is commonplace in Nigeria is not gifting Nigeria to the Cabal but is able to
develop and maintain public assets fully owned by the State government.

The city is brightly lit with street
lights and is a wonder to be beheld at night.

But Governor Kwankwaso known for the
Kwankwaso Amana (trust) of Kano does not only stop with public asset
development, he also focuses on the people. Kano, known as the epicenter of
Almajiri has no more Almajiri or street beggar left on the streets.  The Kwankwaso Kano government has
rehabilitated millions. Kano currently runs one of the most professional, large-scale
security guard training institutions in Nigeria from where thousands of trained
security guards are graduated yearly and sent for work all over the Federation.
There are many more training centers including in farming in which thousands of
roaming youth are now accorded reliable training to be employable and able to
run their businesses.

Another amazing project of the
Kwankwaso-led Kano government is its Amnesty program parallel. While the
Federal Government of Nigeria overseas an amnesty program for Niger Delta
youth, Kano Government has single-handedly run an equivalent program through
which it has sent thousands of students for courses within Nigeria and abroad.
How does he as an ordinary Governor finance this?! Is this what we can really
do if our public officials do not loot 90% of our wealth? It was reported that
even non indigenes of Kano State benefit from this program that has Yoruba,
Igbo, Niger Delta and all other names as candidates being trained. Kwankwaso
has proven true nationhood. We are impressed.

We were reliably informed that
Governor Kwankwaso maintains a personal text message compulsory alert to his
phone from all state departments for all moneys spent. He monitors and overseas
all department budgets to ensure full accountability and transparency.

Transparency International’s #1: When
it comes to budgets, Kwankwaso breaks records. It is no surprise… actually it
is amazing to recognize that of all his peers, Governor and Engineer Rabiu Musa
Kwankwaso out-performed the 35 other governors in budget discipline and
transparency in governance as recognized by Transparency International in
Nigeria, TIN. In December last year, was honoured  with the award for ‘Fiscal Responsibility and
Transparency in Governance,’ by the he Nigeria Union of Journalists, NUJ. In
November of the same year Governor Rabiu Kwankwaso of Kano received the 2013
Best Governor award from the African Film Festival and Academy in London, for
his contribution to education and youth empowerment in his State. For
introducing free feeding to schools, apart from receiving an award from UNICEF,
the federal government even requested Kwankwaso’s blueprint on school feeding.

This April, Ambassador Ireneo Namboka
from Uganda announced the “Mothers of the Earth International Award of
Excellence for Peace and Youth Development” accorded the Kano State governor.

From an inherited debt of over 100 billion naira, Kano State, again when
compared to Lagos, the second largest State in Nigeria and Governor Fashola’s
recognized performance – Kano today has a zero debt. Zero! The amazing
transformations to the State were done within the State budget while the
inherited debt was cleared. We thought this was impossible in the modern world,
but Kwankwaso proved us wrong. When asked how he did it, Kwankwaso responded
that apart from ensuring full monitoring of spending in all departments which
he first effected when he entered office by bringing back his budget
from his first stint as Governor – as he “could not understand all the
recurrent expenses” his predecessor, Shekarau had; Kwankwaso cancelled all
unnecessary State obligations including free Hajj!  He also scrapped the three offices of the
First-lady and also cancelled an office of the Chief of Staff. The Governor
also utilizes his Security Vote for development of the people. With these and
more, he was able to improve welfare across board, shore up the financial
accounts and secure capital for the tons of dynamic projects being executed in
Kano – all under Three Years!

Our investigators also saw hundreds
of low cost housing estates being built by the Kano government across the
State. This was one governor who recognized the common man. A governor for the
common masses? The low cost accommodation estates were built with a modern
design having no overhead power transmission lines; all preplanned and position
underground along with sewage and drainage systems.

It now became obvious why President
Jonathan’s visit to Kano was one of his most noted bitter experiences and one
which he could not stop repeating Kwankwaso’s name after. Jonathan’s greatest
fear appears to be Governor Kwankwaso who has broken all known barriers and
punched holes in all fallacies of what a Good and Sincere Government “cannot
do.”

We are eager to witness the
declaration of Kwankwaso and invite all Nigerians to carefully review his
record of performance to see if in this man and some form of combination
perhaps of Amaechi/Kwankwaso or Kwankwaso/Amaechi for instance, we can at last
see a government on the page with us, who we will not rule us but will lead
with us all as full and equal participants in securing our lives, protecting,
preserving and maintaining our personal and State assets while fighting for us
against the Cabal to give us a hope for prosperity and progress.

I am one known for criticizing but
with Kwankwaso I find it hard to pick things he is really doing badly at; and
the word on the streets in Kano is all green. If his governance is replicated
for Nigeria, herein perhaps is a chance for us… a chance for Nigerians to
respect, appreciate and work along with a leader they can trust and who has the
skill to deliver. I have not nearly done justice to what we found; everyone
should please examine Kwankwaso.

The Red Cap Revolution
Will Be On The Streets

Kwankwaso has said that if Jonathan
continues to block him from the public places he will invite us to the streets
of Abuja for his declaration. If you are ready for the Revolution, join us on
all the streets across Nigeria from Calabar to Borno, from Rivers to Sokoto.

Kwankwaso might just be the
revolution we need and can get right now. Put on your red cap tomorrow and
march out for our freedom from tyranny, oppression and corruption.