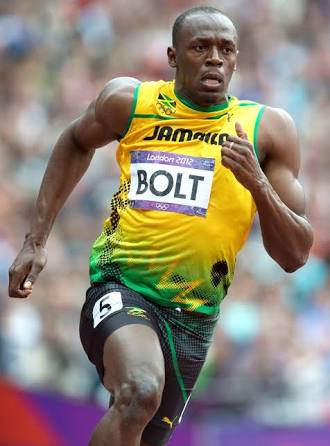 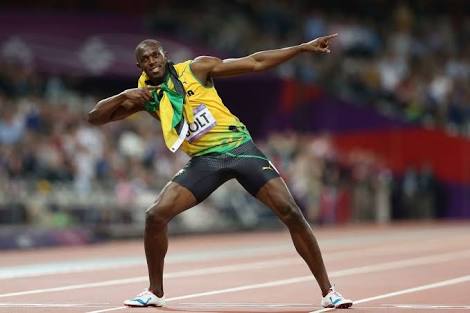 The question above is what the organisers are doing their very best to answer. But as it is right now, all things being equal, the Jamaican sprinter known to have obliterated and annihilated all comers to his throne in the last few years, the fleet footed one, who would give a Cheetah or a racehorse, a run for their money, the personality known and referred to by the name Usain “the thunderbolt” Bolt, is getting ready, getting set, preparing to hit the shores of Lagos, the state of aquatic excellence, where the man of action, Akinwunmi Ambode controls the rein of affairs very effectively.

According to the little gist that we came across very very recently, the world record holding Jamaican, is perhaps one of the highlights being packaged to celebrate the Lagos @50 event, which is the 50th birthday anniversary celebration of the state that’s the financial and economic epicenter of Nigeria.

If the bundle of muscle and energy finally puts pen to paper very soon from all indications, he would be showing the skills that has made him a renowned legend across the continents of the world on the tracks of Lagos, Nigeria.

According to the reliable gist, the place slated for the honour to host the 100 and 200 meters world undisputable record holder, is none other than the “Teslim Balogun Tracks of the same named stadium in Surulere, Lagos, Nigeria.

All hands are presently on deck to make sure the plan comes to fruition. As we speak, an advance team landed in Lagos, Nigeria already a few days ago to check out the facilities available, to see if it’s up to standard, so as advise the one majorly referred to as the “lighting BOLT” to finally agree to all the terms. One of the things also still stopping the signing of the deal is the colossal amount involved.

If the real deal, which is Bolt would agree to come, there’s the likelihood other top sprinters of world repute too might be invited to make it something many would remember for a long time to come. Or what would be the essence of his coming, if we don’t get to see a competitive race?

From the little info we were able to garner, him coming is not a cheap affair at all. It would be setting the organisers back by some cool effort in hard currency, which according to what was speculated, might be going as much as 500…… in Naira equivalent.

One hopes the deal wouldn’t be bungled and we would see some of the world renowned sprinters, likes of Bolt and a few others doing their stuff on our tracks, showing the skills that have made them world class athletes.

Though we have seen signs of somethings happening around, about the Lagos @50 series of events, we have not been really impressed by the little we have seen so far. Maybe though, it might just be like the classic “we are still bringing out the bird from the pocket” scenario, so some major things that would still excite all no doubt, might still be upcoming.

AHMED UWHUBETINE IS BACK IN TOWN
THE RISE AND RISE OF SEYI TINUBU, ASIWAJU’s ENIGMATIC SON
Comment