There’s nothing like having good friends, especially made ones at that, those that are dependable and can be relied upon at anytime. An old saying of the sages even spoke about friends/friendship when it said show me your friends and I can tell you, the kind of person you are. In terms of friends, when it comes to the lady of timber and caliber, in the person of Hajia Bola Shagaya, she has always had them and they are always the very powerful and the highly influential, always occupying positions of extraordinary importance.

We remember very well that during the reign of Dr. Goodluck Ebele Azikwe Jonathan, his wife Madam Peace Jonathan and the very stylish businesswoman of great repute, were the best of friends. According to the unconfirmed legend, it was even Hajia that used to take the former first lady then, to the best of places to do her shopping around the world. Same way Mma Bakassi, Senator Florence Ita-Giwa and the richest black African woman on earth, Mrs. Folorunsho Alakija have a chummy relationship too, and gets to fly around the world together on trips to Lebanon and other exotic places.

But immediately after that government was sent packing by the current incumbent, madam (Hajia) recoiled back into her shell and quietly kept her distance especially away from unnecessary razzmattazz, making a few to feel at a point that she might have been facing some hard times.

But as if to tell her naysayers that contrary to their contrived negative tales, once up never down, not too long ago and when it mattered most, she was one out of 2 good friends who rallied around, the highly cerebral and well distinguished EMIR of Kano, his royal majesty, Alhaji Sanusi Lamido Sanusi, Emir Muhammadu Sanusi II, when it mattered the most and there was the need to properly express his revered position amongst the kings in Nigeria.

It was Hajia Bola Shagaya and Mr. Kola Karim of Shoreline Natural Resources Ltd, who also doubles as the Chairman of Costain West Africa Plc, and is director at a few other companies likes of Ecobank, Schlumberger and Nigerian Ropes that gave his royal majesty, his 2 humongous Rolls Royce stately cars, a white one and the other a black one. 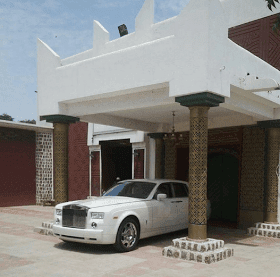 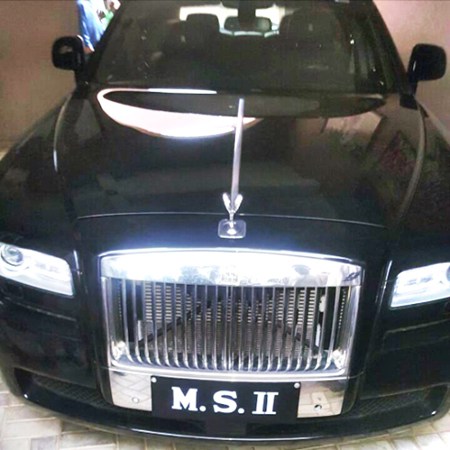 These 2 wonders on wheels couldn’t have set back the 2 money bags, less than a a quarter of a billion Naira (that’s about 250 million Naira for both) at today’s exchange rate, it might even be more depending on models or the add ons that were added, e.g. bullet proof and special gadgets.

Hajia and the Emir are said to have remained very good friends since their ABU, Zaria student days, as both attended same University around the same time. Bola Shagaya is known to be one of the wealthiest African women in the world. She sits atop several well run companies and at a time, her brand was the biggest player in the base oil sector, with her brand Practoil. She was the one who brought into Nigeria, Konica, one of the biggest brands in photographic materials business, and she also sits on the board of Unity Bank and it’s even speculated that she is one of the owners with IBB, the former Military President of Nigeria.

We are not too sure how Kola Karim, the Polo loving and international businessman met the Emir, but the testament to their friendship, was that gift that is of great value, the Rolls Royce. KK is one of the silent extremely rich dude in this country and even in Africa, he hobnobs with the who is who of the world, the likes of Ralph Lauren, Roberto Cavalli just to mention a few. Amongst his peers he is highly respected as a very intelligent and shrewd person.

We salute these friends and their good way of showing support.

More grease to their elbows.

THE HOUSE OF GOD IS NOT THE HOUSE OF JOKE
Maestro’s Media: OBA’s AT WAR PART 2. OBA OF LAGOS DEBUNKS FEUD & S…
Comment