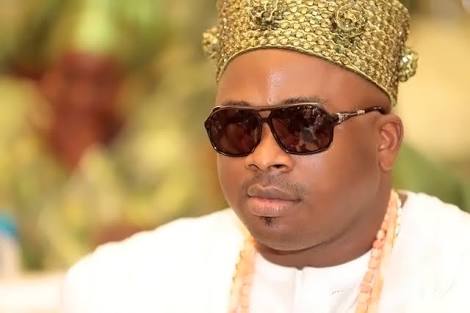 It’s the season of ROLLS ROYCE or so it seems. Every liquid man worth his salt seems bent on acquiring one or two or three as a standard to separate the boys from the men!


There are the likes of the great, super stylish Otunba Michael and Olasubomi Balogun, who we hear has a few in his fleet, some have even speculated between 3 & 5 both in Nigeria and abroad.

Just like the Mercedes G63 wagon, which is gradually tending towards becoming “pure water” in Nigeria, which everyone who has a sizeable bank account and investment now sees as a must have to declare their positions, very soon that class act of a car-the Rolls Royce, known all over the world might soon become a prerequisite too.

Imagine that we saw one very recently at a lounge, where the owner and friend came to, to have drinks while eating Nkwobi!

For those very very liquid, one of the ways to differentiate levels now is not having the gradually going common G63 wagon ($150,000 dollars) that’s close to N60 million Naira, so to distinct clearly men from boys, seriously made men now do G65 ($360000 dollars) that’s more than N140 million plus, which is nearly thrice the cost of the G63, you need to know for you to know the difference.

So also in the Rolls Royce class, there are boys and there are bigger men. In the class of bigger men is that one owned by his royal majesty, the Elegushi of Lagos, Oba Saheed Ademola Elegushi, Kusenla III aka Gushi 1, the nickname those close to him, prefers, but that they pronounce as “Gucci”.

We have seen “the machine” in close proximity, packed inside the transparent bag where the humidifier does the work it is made for to do. This snow white stately and intimidating Rolls Royce Gushi, which is custom made was built to specification as the Young king wanted it.

It takes a year and half, from conceptualization to actual delivery for the car to get to the owner. Since it is special, meaning made to order, it is in the name of owner, hence Rolls Royce Gushi, and that name or whatever one prefers to call it, would be emblazoned everywhere. It is standard company (Rolls Royce built) bullet proof. Whatever is a standard for a Rolls Royce, is now taken many notch up. The car or machine or chariot is in a class of its own and none like it is available anywhere.

Oba Saheed, the Kusenla III, being a young man in his 40s is known for his style, panache and presence. You need to see him in his full regalia, whenever he takes the pain to put on his royal gears, for you to know he is standout in every way. From the caps, to his walking sticks and shoes et al are all bejewelled, you ‘ll see Swarovski crystals and some other precious stones fighting for space.

So to crown it all, by that we mean the whole package, was the purchase of this edifice of a car.

According to the gist, the car is said to have set the royal father back by at least $500,000 dollars (that’s just N195 million Naira at least)! Not even up to the cost of a sizeable land under the domain of the Young monarch.

Like we said before, we heard it’s a state of the art edition, which separates boys from men. Special thoughts was applied in the purchase and since it arrived, it has had a special pride of place. If you were to enter the palace, you cannot miss the humongous fellow.

Incidentally Kabiyesi’s 7th year coronation anniversary was just 2-days ago, he was crowned on April 27, 2010.