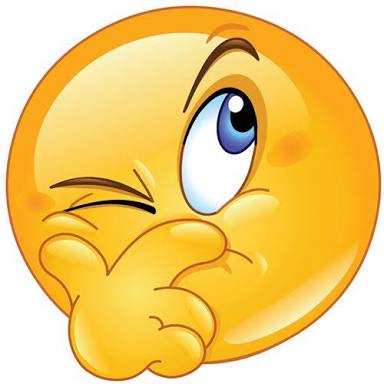 Just imagine that the quest to be one of the top babes in town, one that carries the latest bags, or that wears the newest most celebrated things in town was one of the major things, behind the collapse of what was supposed to be love forever after.

The lady in question and her beau had had one of the most celebrated wedding ceremony of the year, that had all the most happening people in attendance that year. The couple and their families went all out to make the occasion one that many would remember for quite a while, the ceremony “surprisingly” was held at a venue on the mainland (both were islanders), but unlike what obtains now, that it was a mainland event, didn’t dissuade many from attending.

Young husband though relatively shy, was a happening dude. Apart from being tied to the dad’s apron strings, dude also had his side job hosting fun lovers and the happening crowd in partnership with a tall, light and handsome friend of his and they raked in crazy money from their endeavor. Just imagine the money made from drinks alone, their hotspot then was on a road, where a bank has nearly taken over and street name could be renamed.

More juicy part after the break.

The young madam on the other side was doing very well for herself in the fashion/beauty world. She ran and still runs a brand that supplies the fashion world, by virtue of that alone she knew all that needed to be known. Her job attracts people to her and it’s one is even a pimp kind off, though not actually.

Apparently, unlike the image of the very loved up couple they projected all times on the outside, things were not too great after about 2 to 3 years into the marriage. They must very be well commended though, as both were super actors, as they did their utmost best to patch things up and were living a facade. Madam was in town though clandestinely, dude was in town and had a perfect cover.

Madam by virtue of what she does, was everywhere, so she met a lot of people, being a babe about town, men prepositioned her and quite often she fell and majorly because she loved money, and loved to be seen to be current, thirdly because she had always been in the market, but marriage just curtailed her excesses and she had to be more clandestine.

Husband on his own wasn’t a saint neither, he was a kind of loose cannon, who couldn’t truly control his “shooting abilities”, he played the away game by the abandon, legend has it even that after a gruelling bout, he can be found sometimes after words still self pleasuring, playing with his banjo. What he does then gave him the perfect cover, he was a known host, so he needed to always host and keep very late nights at that. At a point one of his major mistakes, who he apparently really loved, though more native than madam, got pregnant and gave birth to a heir. The furore and uproar that caused was extraordinary, but the couple still managed to stay together, weathering that storm.

They patched along for quite a bit, but the major fiasco later began when they went on vacation abroad at a time. Dude had been hearing some certain rumours for quite a bit, but there was no proof so he couldn’t do anything. But on this vacation, his wife nearly everyday was paying a very well known, super rich man visits, under the cover of business discussions. Dude would ask what was going on, and she would reply it’s strictly business and nothing more as something great was coming, then one of the days she came back home with a “super handbag”, that wasn’t cheap at all by all standards, said to be worth several thousand dollars, which was chicken feed for colossaly wealthy chairman. Dude goes ballistic, raised loads of dusts and insisted it be returned, for peace sake she finally agreed, but instead went to hide the bag, which he dude later found out. From that time on, it was just a countdown to the demise of the marriage. Apparently the young lady was dating the super rich dude, who is well known for his preference and penchant for married ladies.

There was even the story of how another super rich state government official, who at a point held one of the most lucrative post in a government at that time in charge of dispensing ……….., offered the lady N5million just to get down. Which was agreed on.

Couple have both since gone their separate ways, while madam has gone totally quiet in her corner to leak her wound, without any scrutiny whatsoever, dude too though gone totally incognito, but his legendary “shooting ability” which legends says is not easily pleased or satisfied, hit target again and he, his girlfriend MM and new baby are thought to be living together now, happily ever after.

Not all that glitters is gold.