The Met GALA is one event/occasion where annually, everyone that believes they know a thing or two about style/fashion always tries to outdo each other.

It’s a mad competition, though many don’t actually let out like It is, but they always always try to outdo each other.

This year’s edition wasn’t an exception, with the old and the upcoming trying their best to obliterate each other on the style stake.

The central theme for the 2017 edition was iconic designer Rei Kawakubo of Comme Des Garcon. The legendary designer has always been known as a non conformist from when she began. Her notion about fashion and style has always been unconventional, and that earned her the tag of anti-fashion. Her creations are highly sought after and she has always had a super cult followership.

This year’s theme is only the 2nd time in the history of the MET GALA, that the whole focus would be on one designer. The first ever to have had that honour, was the legendary Yves Saint Laurent years back.

So the stars, celebrities et al came smoking hot as was expected. La la Anthony was one of those that came leaving nothing to the imagination in her hot outfit by Thai Nguyen Atelier. She obliterated so many others who were all looking equally gorgeous, young supermodel, Kendall Jenner came wearing just her thong, in a special creation by La Perla Haute Couture, her younger sister, was a sight for sore eyes as she wore embellished Atelier Versace instead. Their big sister, Kim Kardashian West, was rather very subdued in her white outfit, maybe laying credence to the fact she had said that the Paris robbery incidence had changed her and given her a new perspective towards life.

Other smoking hot stars were the likes of Halle Berry, who at 50 and should already be a grandma, is still banging. Chrissy Teigen, the supermodel wife of John Legend was also hot hot. Tennis star, Serena Williams came bump happy showing off her belly and made all green with envy. Lily Aldridge, the supermodel wore white Ralph Lauren combined with that super sexy red boots was oomph and more.

Rihanna the badgirl Riri, did absolute justice to the theme in her Comme Des Garcon outfit that made people gasp. She has always favoured taking the notion of fashion and style, to the absolute farthest, that convention allows. Super supermodel, Brazilian bombshell forever and ever, the 8th wonder of the world known and called Gisele wore silver/grey Stella McCartney, that wrapped her body like a 2nd skin, tidy Thandie Newton rocked her red outfit with much aplomb. Claire Danes white and black outfit, of a shirt and pant, won our heart. Ever the drama queen, Nicki Minaj rocked a red H&M playsuit, showing off her voluptuousness to crazy effect. The alien from the planet style, super model Cara Delevigne, won our heart with that androgynous creation by Chanel. J Lo the incredible was in blue heaven by Valentino. Jaden Smith defined all black everything in Louis Vuitton.

There were just too many highlights to be rambling about. See the pictures and rate. 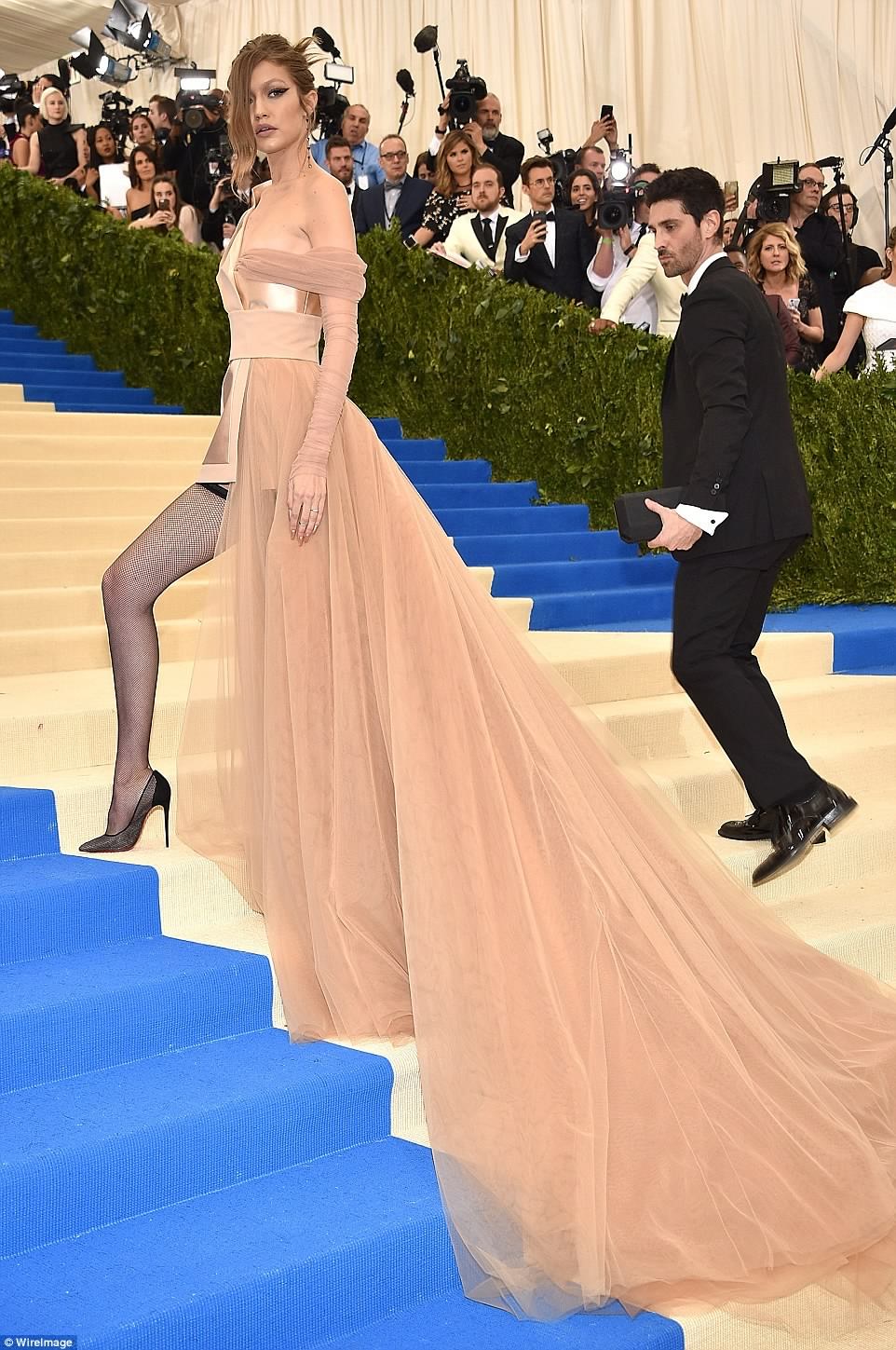