Is the All Progressives Congress (APC) a glass house? Is the APC a house of straw? Is the APC a sand castle? Hhmmmm! Where do I start? I think I speak the minds of most APC members, supporters, well-wishers and the general populace, to say we are disillusioned by the pace of governance in Nigeria today.
The response time to very salient issues is unbelievably disturbing. The infighting and squabbling. I will want to focus on and within the APC. For starters, I am a loyal APC card carrying member. I believe I have contributed my quota as thousands of others did, to the party, while i am not a die-hard fan of Mallam Nasir el Rufai, the Governor of Kaduna State, I must say his memo to President Muhammadu Buhari which recently suffered a leak, was spot on and should be seen as a clarion call on the Presidency and the leadership of the APC if they do not want this whole arrangement to end up in any one of the above headlined categories.
The cartoon  below is self-explanatory  and  inspired this piece.
Less than 2 weeks ago, the President appointed 23 head of Federal agencies two years into his regime!!!! The last PDP government’s appointees were still running those key agencies hitherto. Today there are hundreds of if not thousands more PDP members still running or enjoying the benefits of board memberships, et al, in this administration! This is a travesty! 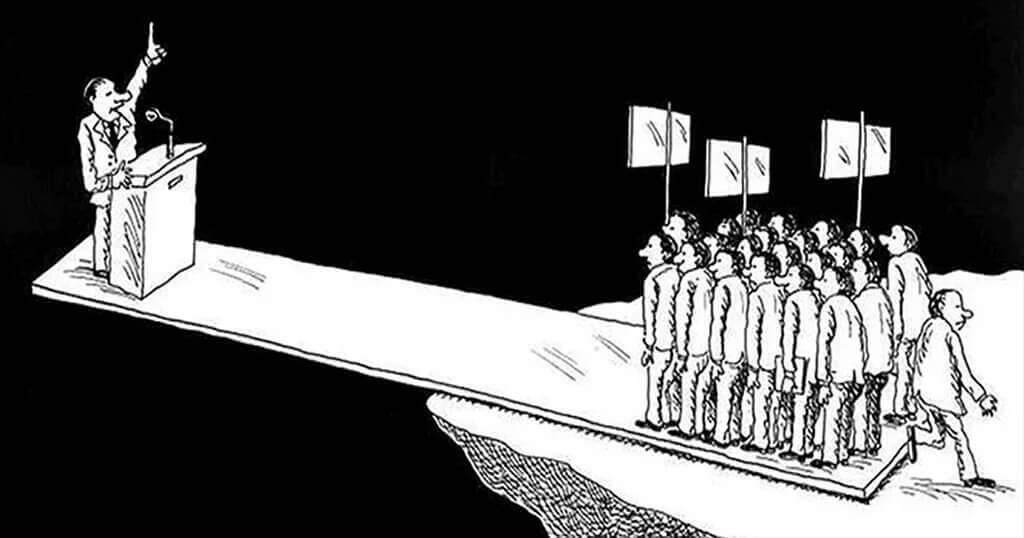