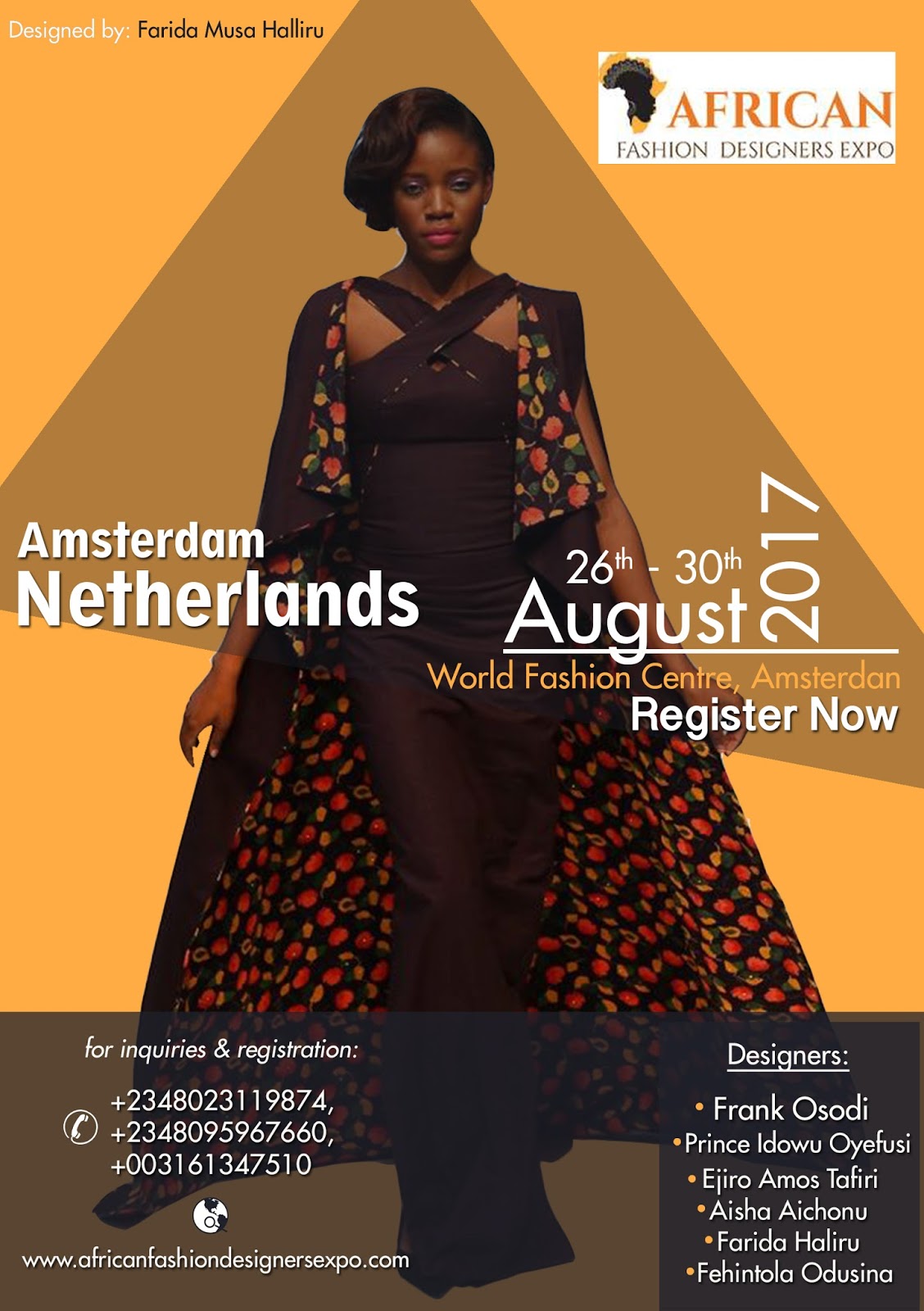 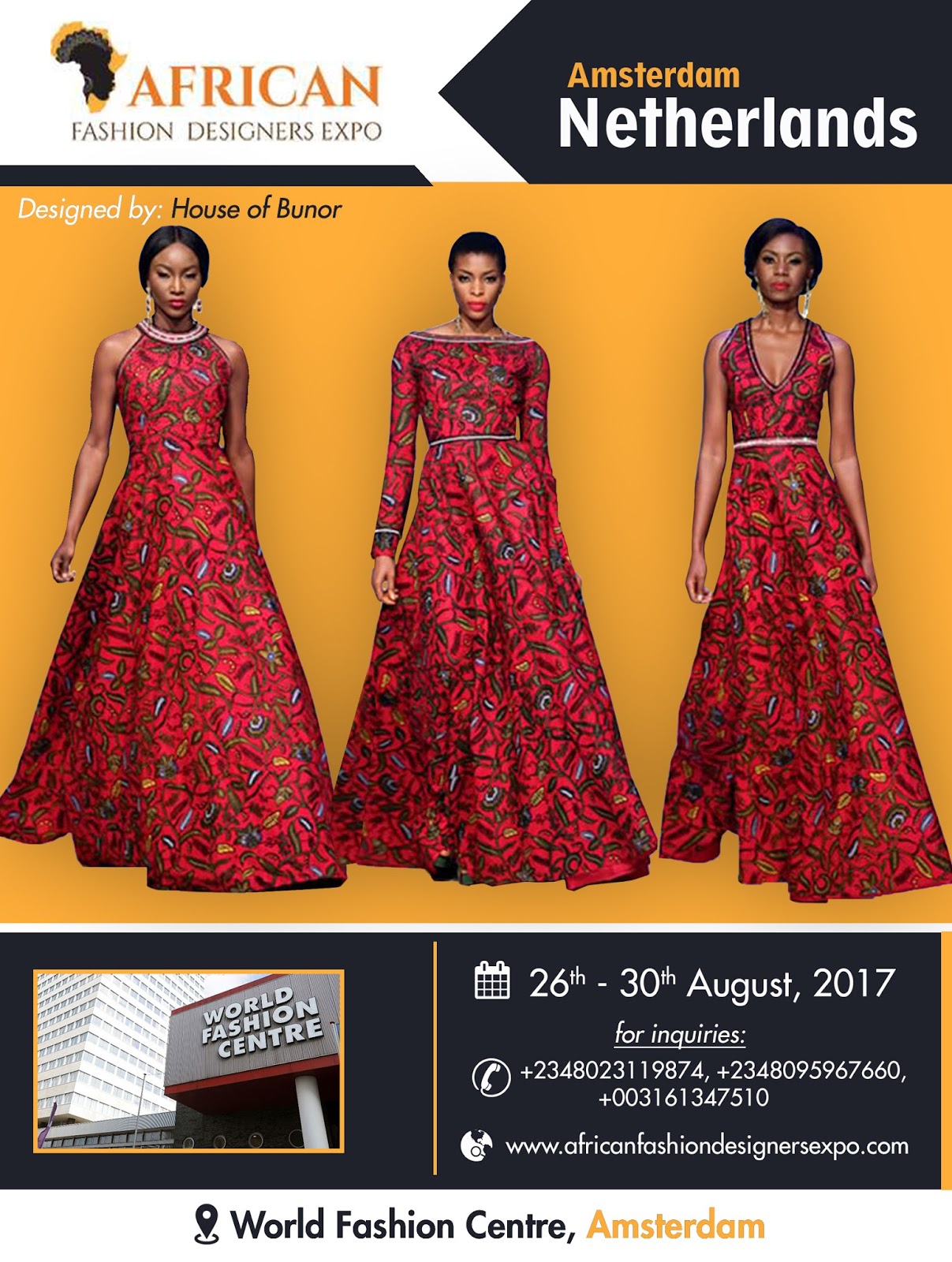 It’s a joint collaboration between Extoll Trade fairs Amsterdam and Nobel Afrikaans Nigeria, with Prince Akanni Idowu Oyefusi as the head honcho. The Prince of Ikorodu land, is an avowed creative genius, whose many wards are award winning designers in their own right and who was the President of FADAN (FASHION DESIGNERS ASSOCIATION OF NIGERIA) not too long ago.

This event which is planned as an annual fashionfest, but in the format of an expo, is set for from August 25 to 30, 2017, venue is the very imposing World Fashion Centre in Amsterdam Netherlands.

It would feature about 25 designers and close to 70 exhibitors from across Africa and beyond. The likes of award winners Frank Osodi Richards of House of Bunor, Ngozi Cardow of the Zizi Cardow fame, Ejiro Amos Tafiri, Nobel Afrik, Farida Haliru and many others have signed on to showcase already.

One of those expected at the show, is a top British-Nigerian designer, whose several outfits​ was worn by the former first lady of the most powerful nation on earth during her husband’s reign.

Organisers are planning a show that would show Africa to major advantage on an international platform to the world. Part of the advantages of participation is tgsr, located at the venue are the offices of more than 200 buyers and agents of top European brands.

Interested designers and exhibitors can enquire for more informations and clarification via www.africanfashiondesignersexpo.com