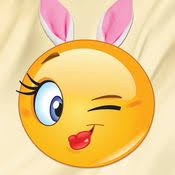 Remember we said that we would dig deep to unveil Lady Rasheeda, the gorgeous damsel that has caused OW 45 NAKASHINOV to go on overdrive several times, now that we have done our background checks we have thought to release the salacious details for your reading pleasure. This is hot, piping hot at that, so order your popcorn, sit and let’s go there.

More after the break. Please click on read more below.

At first we had thought that Rasheeda was mixed race, but we have since found out, after very careful but systematic digging that she is pure “star spangled” living large in Nigeria. She lives in Ikoyi, Lagos. She was said to have been brought to work in the country by a Nigerian, details of whom we would keep to ourselves.The gist also has it that she met OW 45 in Miami, Florida who didn’t let out he was married, so she didn’t know and she fell head over heels in love and part of the reason she came to Nigeria was due to Love.

Rasheeda is not a small fry at all, part of her business is in dealing with top top shots, civilians and military.  That she’s from the states has not made her naive at all, from what we heard she’s an heavyweight player in “Jazzy tunes and matters” (those who understand codes/coding very well would know what we have just spoken about), going as far as the nooks and crannies of where such packages are thought to be very efficacious to strengthen herself & for fortification, ………Oshogbo, Benin and the many likes are very well known by her.

Like we said before, OW 45 is a potty in the hands of Rasheeda. Like the story of Ahab &-Jezebel, where the King was seemingly Ahab, but the de facto ruler was actually Jezebel.

Imagine that Rasheeda had taken in twice for our avowed RAPID SHOOTER, 1st pregnancy for OW 45 was a while back, which she lost, 2nd was like a major fiasco, at the time of the 2nd, three ladies were all expecting for our boy all at the same time, the wife was carrying his 2nd, another lady was also carrying and then Rasheeda. She was so vexed by that triplicate situation and sundry issues that it nearly scattered and shattered the relationship. These particular situation was just about 2-to 3 years ago.

Legend (unconfirmed) has it that OW 45’s mom was in the know of our lady, whom she likes and used to pray for, the truth about that we don’t really know.

So our world famous Rasheeda is no small fry oooooo, she came from Yonder and landed in Lagos and has really dominated the scene with gusto. Some call her a strong whistler who has come to know what to do, to get what she wants, we call her a business lady, with the mafia mentality (which isn’t bad at all), she gives what is needed to get what she wants.
Kudos to her.

She’s a bit angry with OW 45 who she believes has brought on her the current unnecessary scrutiny which she doesn’t need at all. Boy still be begging to fully reintegrate back into our lady’s life.

But there’s also a little snag, an unnecessary fly just buzzing about, wanting to use situation to her advantage and that is Eva!

So we want to know again, who is Eva and what’s are stake in this whole matter?

Questions and more we hope to get good answers to. So order the biggest mix of salty and sweet sugar coated popcorn, order tea or a nice cold bottle of soda, cross your legs and let the film role. Action!!!!

Yes we do think so.

THE HOT SOCIALITE AND HER SUPER RICH MINISTER
NOT THE BEST OF TIMES FOR THE EMIR OF KANO, SANUSI LAMIDO SANUSI
Comment