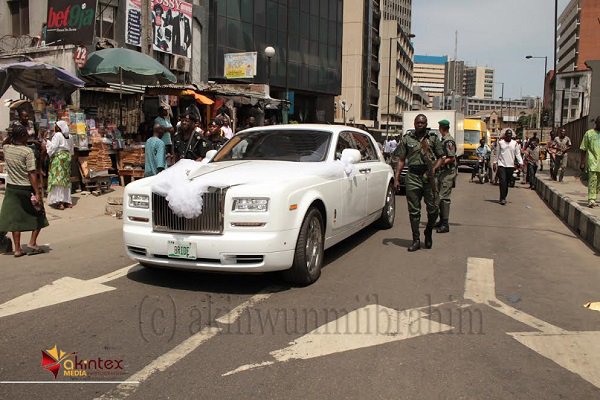 Much less couldn’t have been expected. If it had had less drama then one would have wondered at the pedigree of both parents. On one side, the former military head and later civilian President of Nigeria, Chief Olusegun Obasanjo and on the other side, successful businessmen extraordinary, known better by his moniker as Baba Ijebu, Chief Kessingnton Adebutu, the king of Lotto in Nigeria, chairman Premier Lotto.

By their combination/collaboration, the 2 families gathered together the who-is-who of the society at the venues of the nuptials of their children, Olujonwo and Temitope.

First was the church wedding, which was held at the Methodist Church of the Trinity, Tinubu, Lagos where Reverend Michael Akinwale presided. Reception later followed at the expansive hall of the Eko Hotel and Suites, which was magically transformed to what has not been seen at that venue for a while, and might not be replicated in times to come.

Temitope Oyepero Georgina Adebutu, the gorgeous bride looked super stunning, her hair was done by Nigeria’s best hairstylist, Ugochukwu Igbokwe of Make Me Studios, her supremely gorgeous wedding outfit was custom made by one of the best designers/couturiers in Lebanon. It was super stunning to say the least and though on the voluptuous side, she carried it with much aplomb. Jowon as expected looked dapper and his tall frame carried his suit well. Both bride and groom looked superb and happiness unlimited was hetched on their faces, not minding the hoopla that had preceded the union.  With the mother of the groom insisting that the wedding must not hold.

Thank God for the court of law, that ruled against Mrs. Taiwo Obasanjo, who had instituted a case against the groom’s father and her own son. The court spelt out that Jowon her son at 33 years old was old enough to take or make any decisions that he felt good for himself, so case was dismissed. How a mother can predict doom for her own child beats us!!!!

More exciting pictures after the break. Please click on read more below. 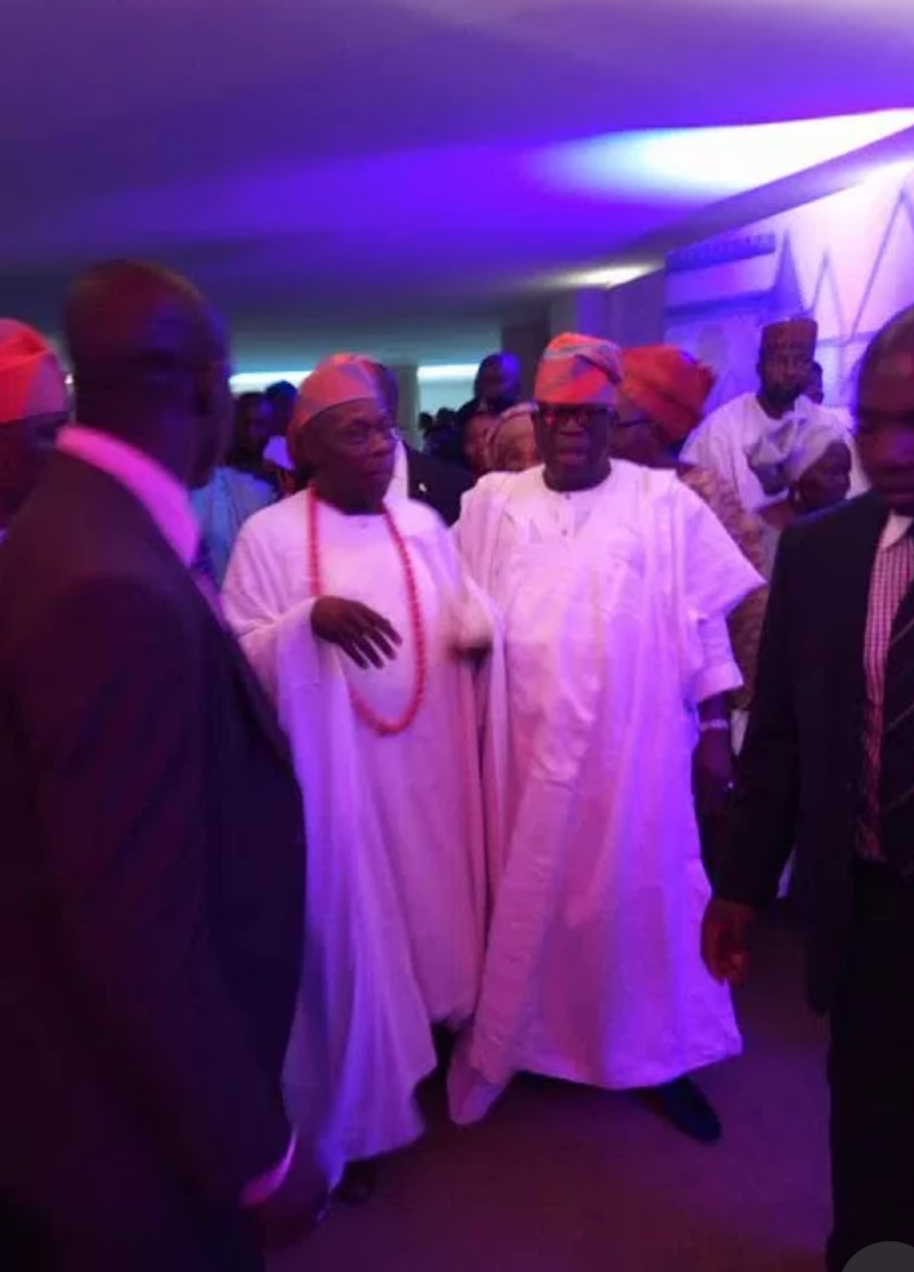 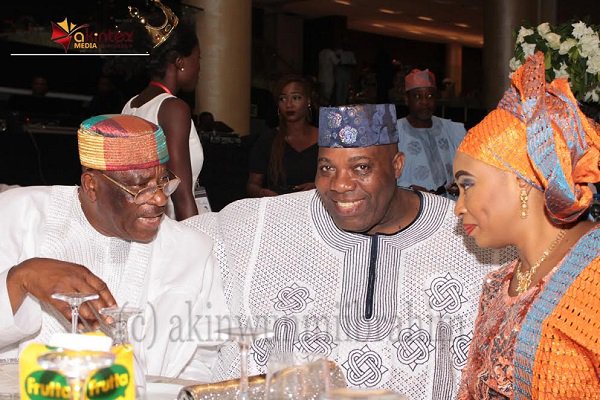 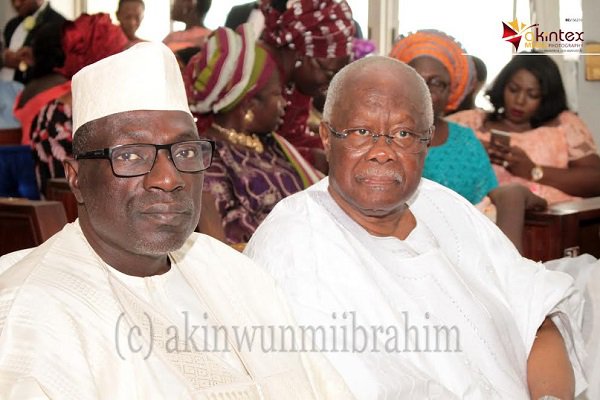 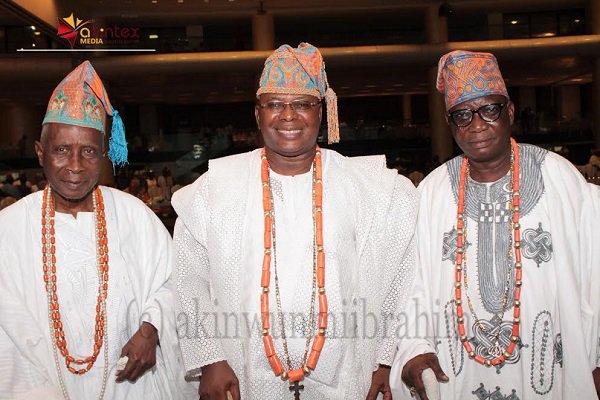 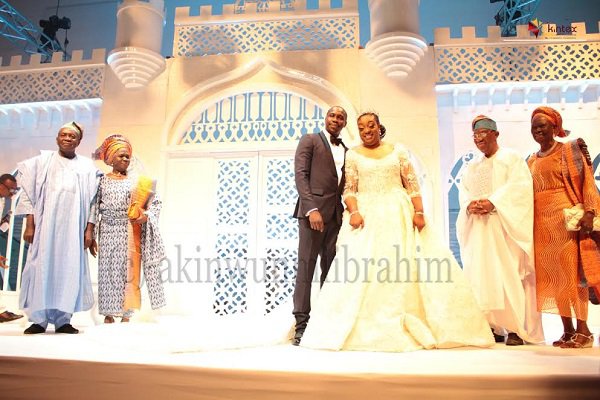 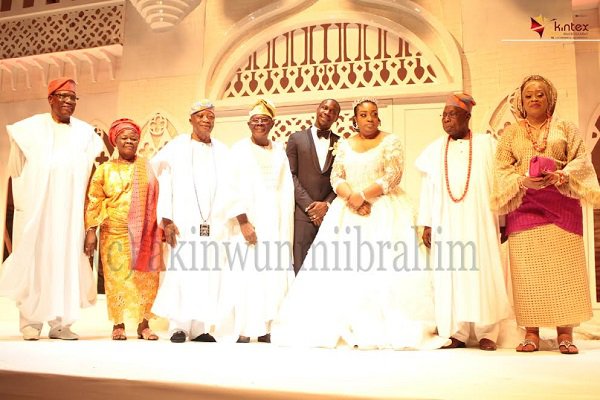 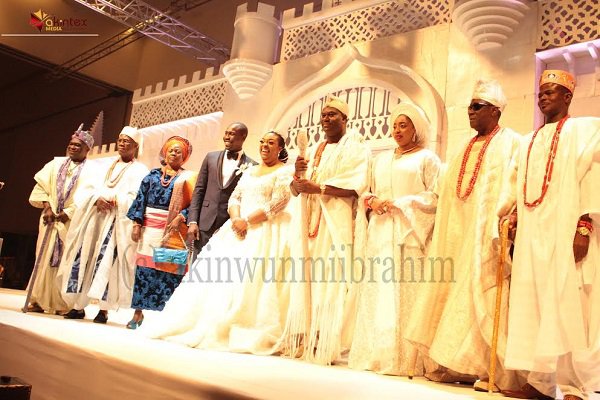 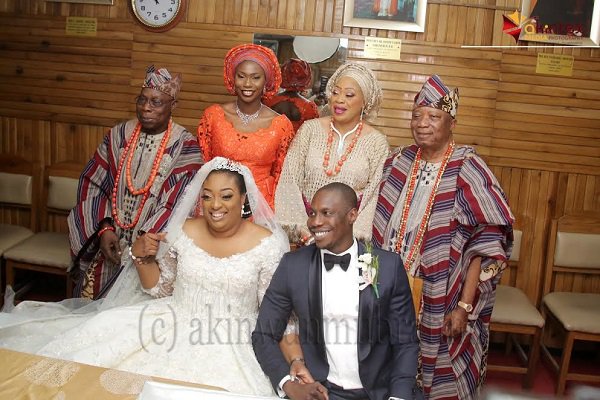 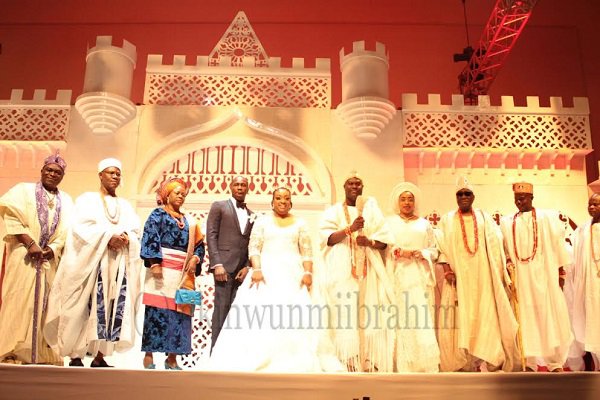 WHATEVER IN THE WORLD IS WRONG WITH IBB? AILING HEALTH NOW SO OBVIOUS!
IF LOOKS COULD KILL! WHAT WAS TURAI ANGRY ABOUT?
Comment