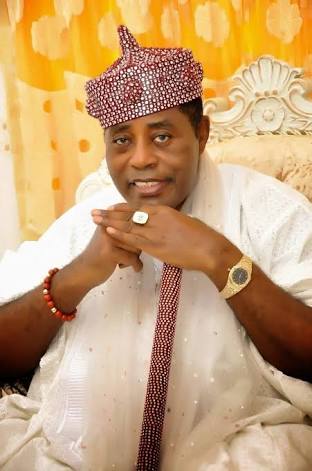 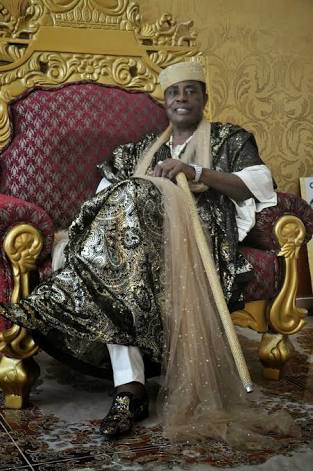 What in the world is the well respected monarch, Oba Fredrick Obateru Akinrutan, the Olugbo of Ugbo Kingdom looking for? Why at this time in the history of the Yorubas would he have thought to become a rabble-rouser? Why turn the known history of the Yoruba race totally upside down and try to reconstruct to fit yours or so it seem?

These are some of the questions that have been raised, as the extraordinarily​ wealthy monarch, as laid claims to been the king of all the kings in YORUBALAND.  Hear him in his exact words, “I am the leader of all Yoruba obas”, a statement he is said to have made at a function openly very recently, where he went further to claim that he speaks with “thunder in his mouth”.

Reiterating his points further, the monarch claims that as long as the history of the Yorubas sticks to the story that says they came from Ife, that he (meaning Ugboland) represented by the king then was the one that Oduduwa, the founder and progenitor of the Yoruba race, first met with when he came to Ife. By that assertion alone, be claims to be the original landowners then.

He didn’t just stop at the above alone, he claimed further that “we are the husband of Moremi Ajasoro”, a very strong and resilient woman in the history of the Yorubas, whose actions at a point in history cannot be discard, as she stood firm to make sure that the Yoruba race wouldn’t be annihilated.

He went further to say that any who truly desires the authentic Yoruba blessings, must approach him, for he has the power to bestow such blessings. The King further Claims that his own history of the Yoruba race is the most accurate and most authentic, that a book would soon be out to sort all things out. So noe, who do we believe?

In going more explosive about his claims, he went further by saying all his critics don’t want the truth to be told and reason for that mainly, is that they are children of slaves. So since their fathers were slaves​, they wouldn’t want the correct history to be told, as it would show who they are.

The Olugbo who is acclaimed to be the wealthiest Royal Father in Nigeria with this outburst, has completely stirred the hornets nest and he would be given his fair returns by those he has addressed very soon. One way many have been able to deal with his majesty’ s supremacy battle in the past, has been to totally ignore him as if he doesn’t​ count and it has worked up till date. But he seems to get more stronger in his claims as the days roll in.

One thing you cannot take away from the chairman of Obat Oil though is that, he is probably Nigeria’s most colourful king bar none, with his garbs and car collection etc. So maybe that was/is what he refers to when he is talking, him been the most colourful and probably the richest, so by that people must acknowledge that.

WHO IS THE MOST STYLISH OF THESE KINGS? OONI VS OLUGBO
MERCY AIGBE HAS GOTTEN HER GROOVE BACK
Comment