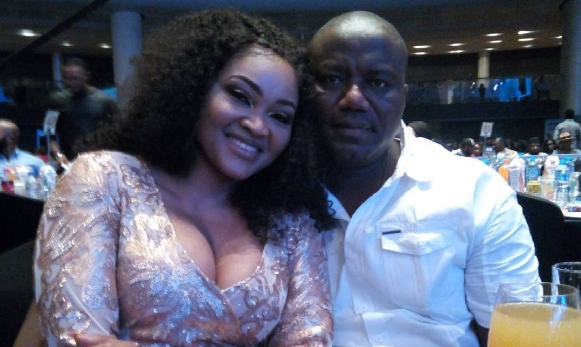 To God be the praise as Mercy Aigbe (Gentry)’s estranged husband has regained his freedom from Kirikiri Prison after spending a whole week behind bars.

He had been remanded in prison custody many days back in order for him to perfect his bail conditions. He was to have paid an amount and was also asked to provide 2 sureties in like sum too.

Now that the caged singing canary has regained liberty again, we don’t know if we would be hearing all over again, those very heady tunes he used to sing before his temporary incarceration.

While he was incarcerated and was seemingly gagged, Lanre’s wife, the lovable actress by name Mercy at least momentarily got her groove back, much to the extent that she shut down the devil, saying he cannot rob her of her time to shine, which she posted on her social media handle.

She has gotten plenty of support though from the court of public opinion, with many openly supporting her by encouraging her and also saying No to Domestic Violence.

Would the status quo ante now be resumed with both sides throwing bricks, rocks etc at each other? We don’t know yet. But let’s wait and see as the matter continues to unfold.

No matter how this ends, the 52 year old businessman has gained a lot of notoriety over this matter and might be fit to star in his own Nollywood production, sometime later in the future.