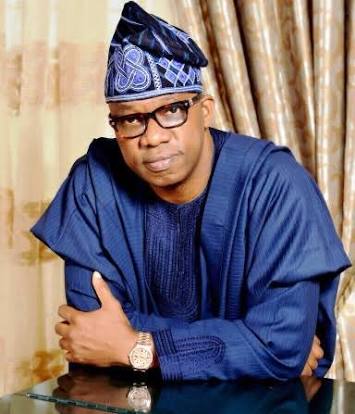 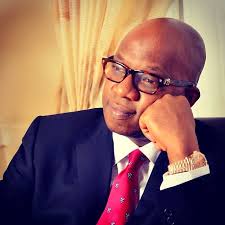 Like they say, he that a new year meets should be grateful and thankful, so it seems like for this authentic “big boy”, known by many as Dapo Abiodun, celebrated by many as the the Capone of Heyden oil and Gas, an indigenous oil and gas firm and looked at in wonder by loads more, as the fine Adonis by those who don’t know himthat much, but who just admires the handsome man with cool features and his dandyish carriage.

The Ogun State born businessmana d recently also politician, who has made his mark in life, who if God permits might one day run the affairs of his beloved state Ogun State, in one capacity of the other, is a year older this month.

He swept everyone, all comers off their feet, when he added a year last year, with a celebration that got people mopping and gobsmarked, that those who attended still recall with glee and excitement. It was a first class celebration in all ramifications. The celebrant took the pains to elevate his guests to the stratosphere and back. So because of that experience,many are already anticipating and expecting an elevation of last year’s type of party. Where rare liquor were at the beck and call of those who attended.

Come Sunday, May 28, 2017, a day before his main day been, Monday, May 29, 2017 all roads would lead to a special location in Ikoyi, Lagos, Nigeria where the very suave dandy and liquid fellow, would declare open his new baby and venture, aptly named 12 TEMPLE.

The super exclusive, one of its kind lounge is packaged as a strictly​ members only enclave for the top notch. It would be a convergence point for the eagles in the society. An understanding of that legendary bird of prey would give a clear understanding of what this mega spot is supposed to be like and the likes of clientele it would cater to. The eagle like the hawk are birds that enjoys solitude and don’t live amongst mere birds.

So 12 Temple, would cater to top notch business people, aristocrats, well heeled and influential government officials etc. And the location is perfect, as Ikoyi is known for been the best place to own a property in Nigeria.

12 TEMPLE is modelled after the likes of some of the most exclusive clubs/lounges in the world, the likes of Silencio in Paris, Soho House in London, White’s also in London, Core, in Manhattan, New York, Capital Club in Dubai, UAE, Kee Club, both in Hong Kong and Shanghai and Yellowstone Club, Montana, USA.

When you are liquid to a certain extent and the mundane is not your usual stress, there are some perks that are expected by you and a membership of 12 TEMPLE is one of such perks.

So congratulations to the man of the people, friend and brother of Tayo Ayeni of Skymit Motors fame, the one, the only Dapo Abiodun. Salute.