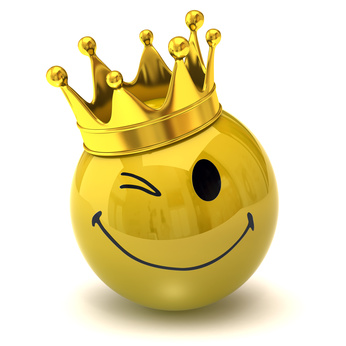 Of recent this dude who seems to lack decorum of any kind has been in and out of the news. He enjoys much attention, in fact he revels in it. He must surely be heard or seen one way or the other at least in a week. The king should be given the title “his royal pain in the butt”.

For many of those who are unflinching fans of tradition and culture, they are of the opinion that such like him are demeaning the throne and stool that they represent. The respect and command the traditional stools and crown use to evoke, has become eroded. Their premise and arguments are based on the fact that, when a thing of immense value, becomes a cheap commodity via over exposure or been too available, it loses the value of exclusivity.

People would begin to see what should be of value as cheap stock. Gone are those days that when royal father comes to an events/occasion, their presence alone actually inspires awe and wonder. The former Oba of Benin, the late Omo n’oba Erediawa was a living example then, who used to enjoy such grace.

But this loud mouth, who enjoys and revels in fighting all and sundry and even going as much as entering into public spat with perceived opponents, without and recourse to decorum is just in a distinct class of his own.

Imagine that the dude according to our findings was a former jailbird! What?????

O’ yes he went to jail. For what offence (s), the very actual we are still digging to get to the bottom of, but it’s not far from the normal credit card, identity fraud, scamming etc that many get into while abroad to make ends meet. But those who used to know him then, can swear on anything to buttress their point.

So how come he hasn’t been exposed for a charlatan that he is? It’s because he did cover his track very well. He was one of those, like many Africans abroad with many identities. Who he is now or has become now, is not who he used to answer to then, so getting to the bottom of it all could be a bit hard.

He sits atop a well respected stool now and with a wife, whose story itself is another expose on its own. Madam used to be “very available” for all comers in those days, apparently it was even in the normal course of her normal routine and package that the duo met and they fell in love and that was the beginning of their Cinderella story. Wale in actual fact, has a family abroad that most don’t know about, different from the one with his queen now!

In fact at a point while in the yonder, he couldn’t boast of a house of his own and even a great car at that, compared to all the paparazzi and feferity of the big and awesomely liquid that he tries to portray​ and he is now known​ for.