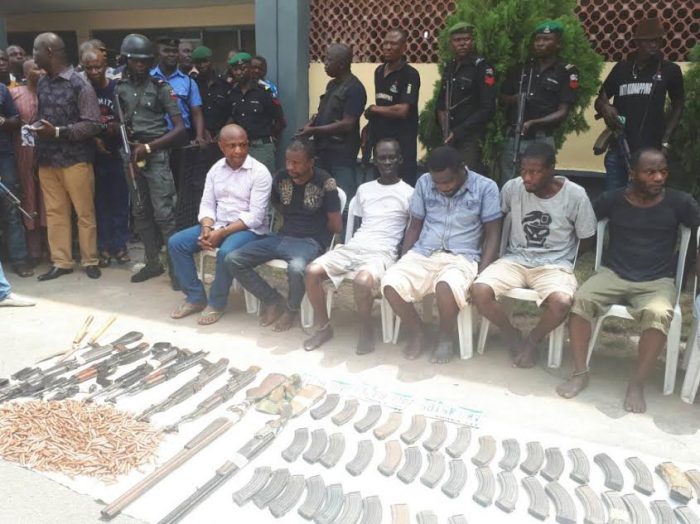 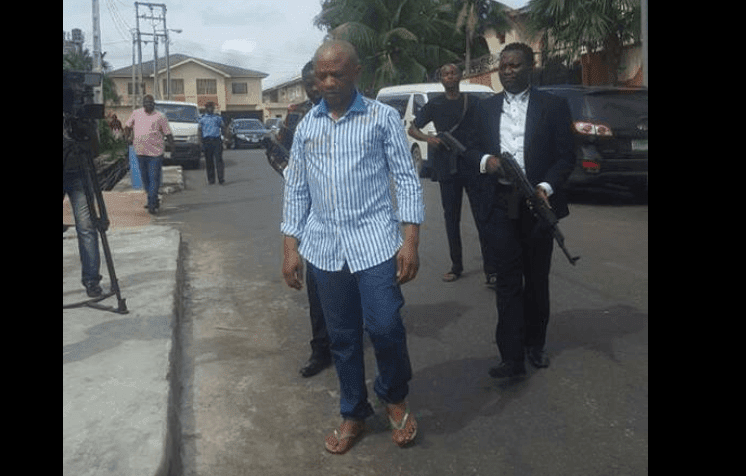 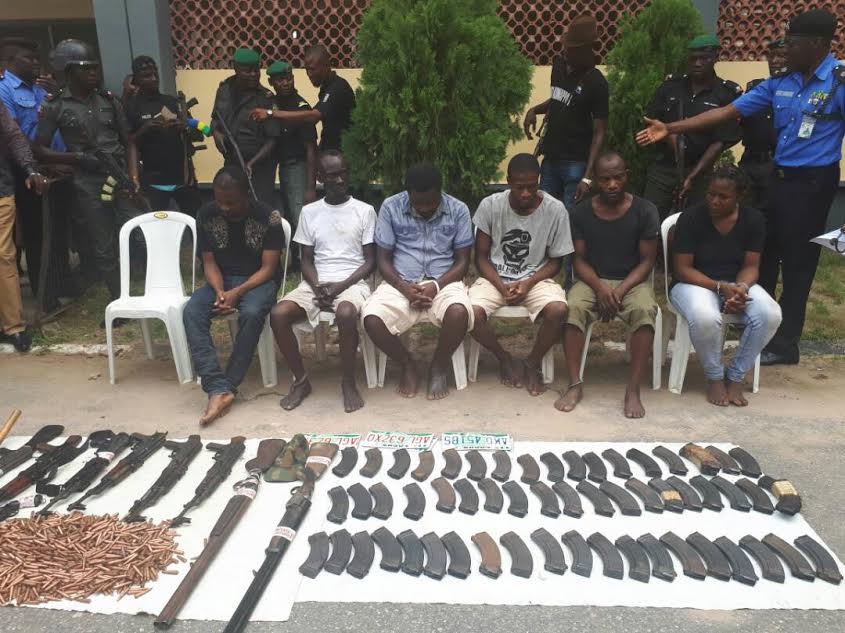 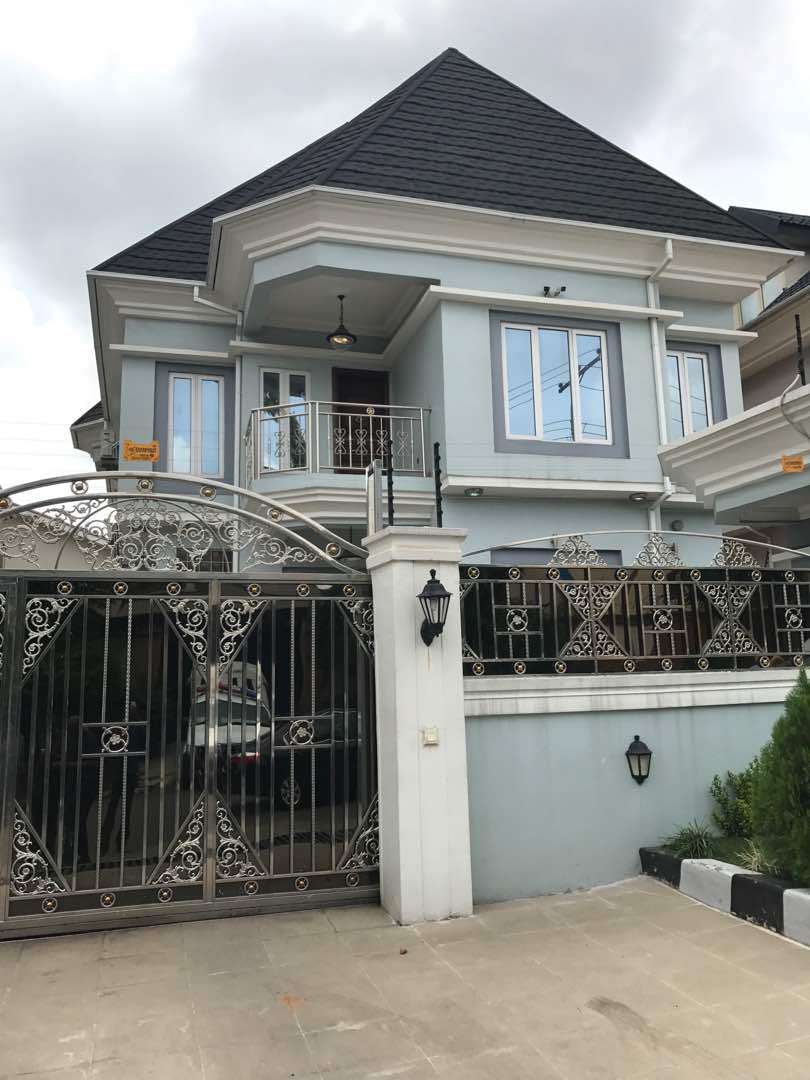 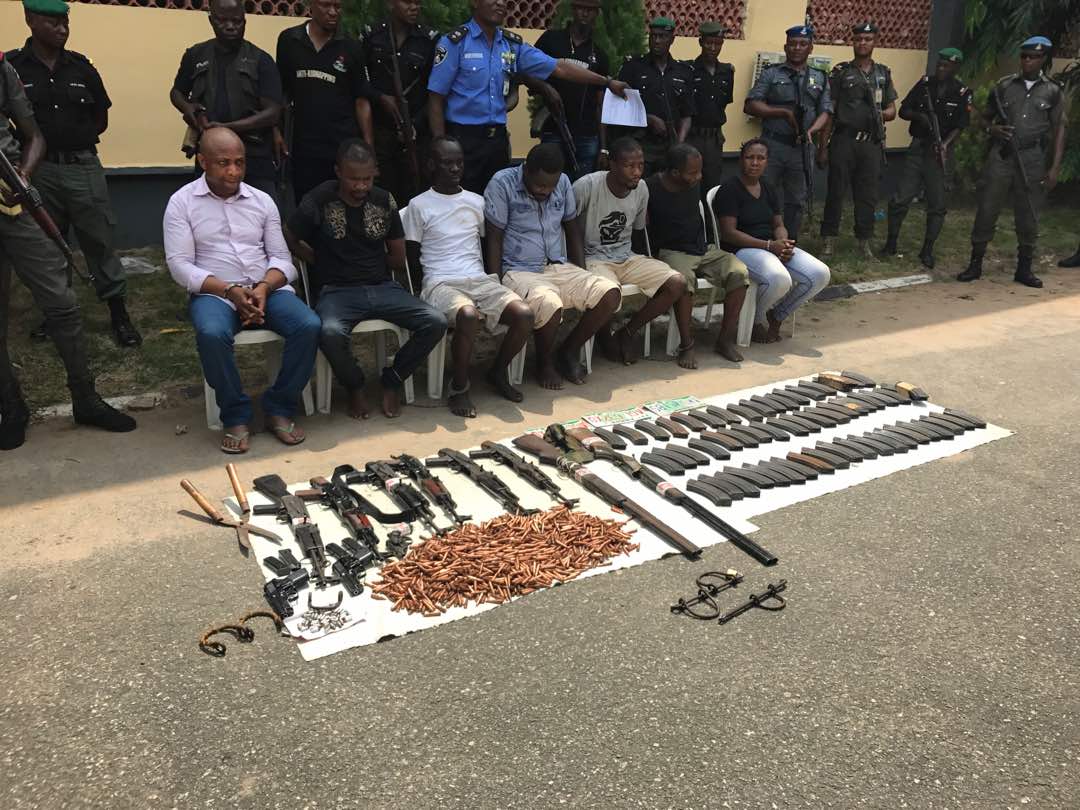 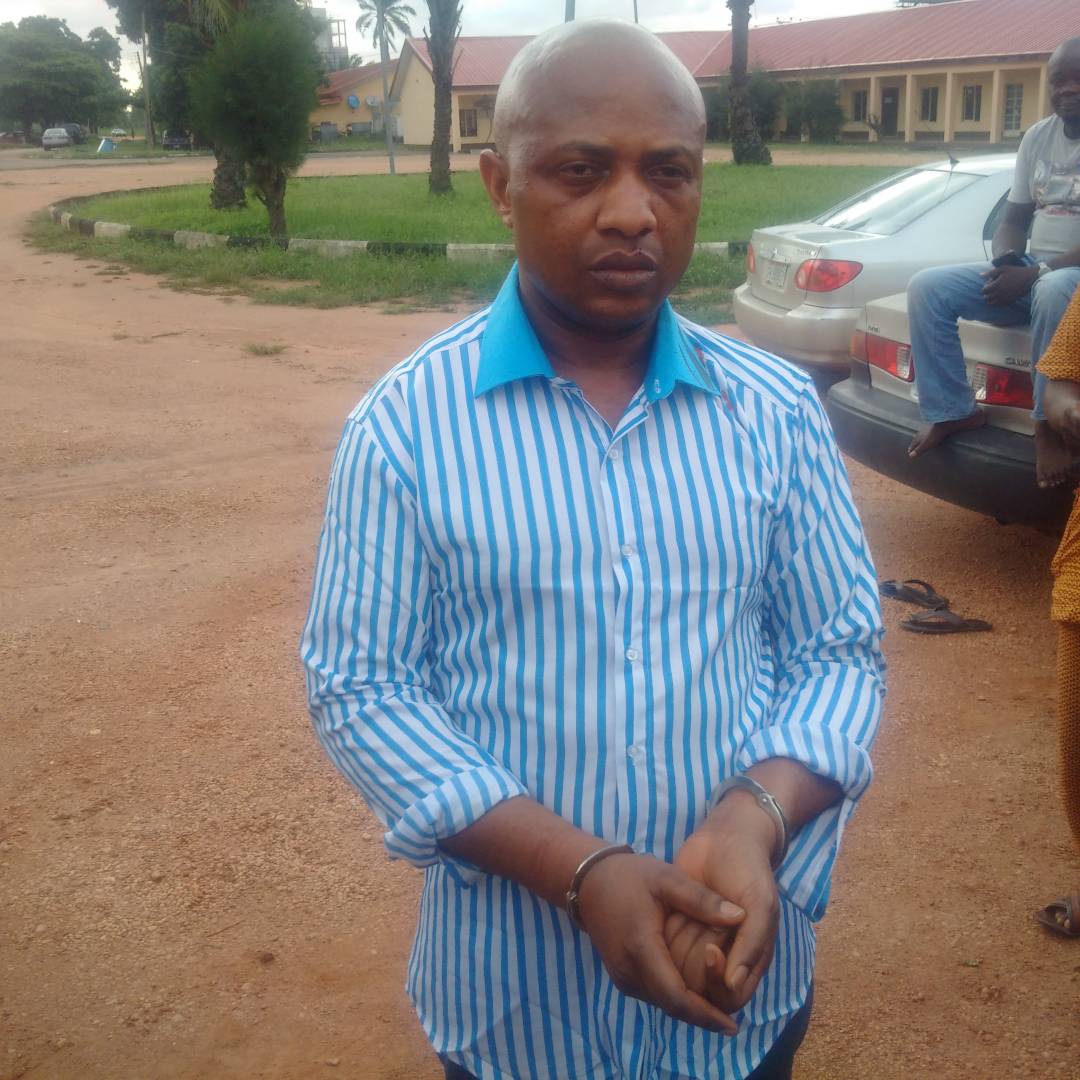 Everything that needs to be said about this monster of a person has already been said. By his acts/activities which had put many in pain and anguish, he raked in colossal amount of money.

From just 4 victims alone, he collected staggering $4 million dollars, after kidnapping them.

Dude is terribly evil and was uncompromising.

Imagine a 36 years old man, married with 5 kids, so uncompromisingly evil and despicable. So excessively terrible and wantonly DASTARDLY. A JS 2 dropout at that, who could have made something out of life, but decided to make a mark at being evil.

He was arrested inside of his mansions in Magodo after a shoot out, and he has another also in Lagos, both valued at ₦300 million from proceeds of crime!!! Then he has 2 more in the posh area of Accra, Ghana.

Evans the terrible was paraded in Lagos yesterday with 6 of his gang members, Nwosu Chukwuma aka Sudo 42; Suoyo Paul aka Nwana 42, the gun runner; Felix Chindmerem, 36, the 2nd in command; Chukwuemeka Bosah, 28; Uchechukwu Amadi & Ogechi Amadi (husband and wife duo).

The Nnewi North Local Government Areas
native, claims he began kidnapping in 2015 after the collapse of his spare parts business. He claims the highest he has received for one kidnapping is $1 million and he used the proceeds of his kidnapping to engage in narcotics trade too.