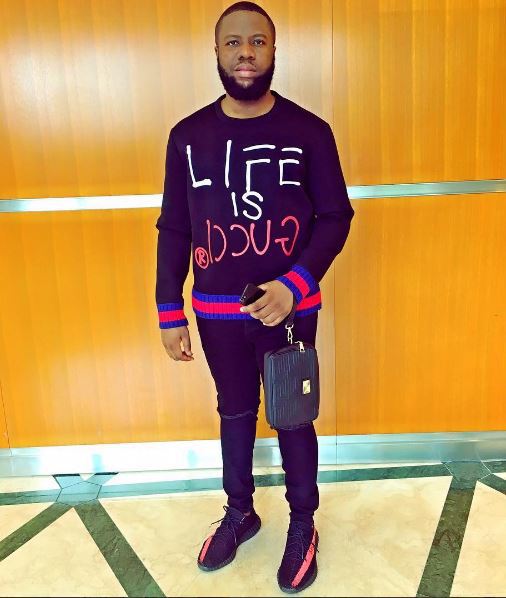 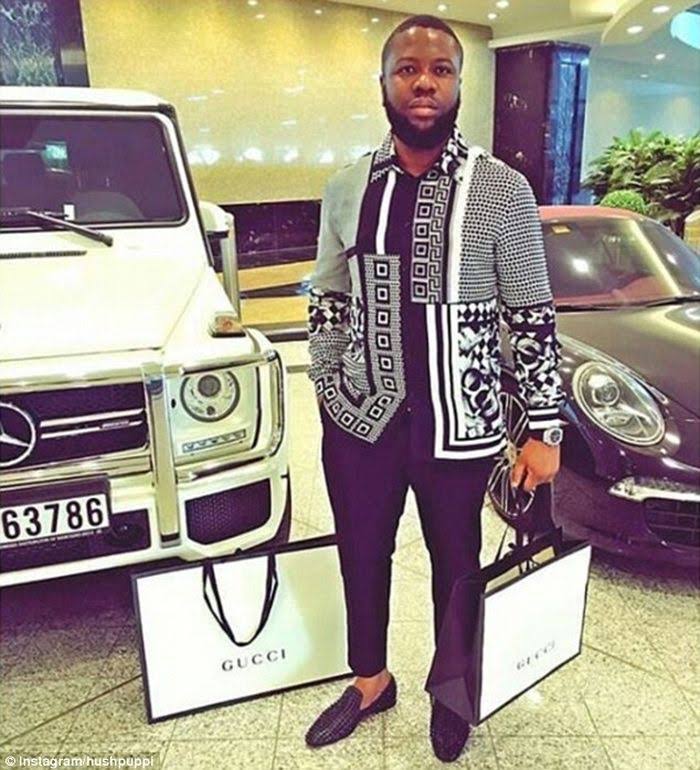 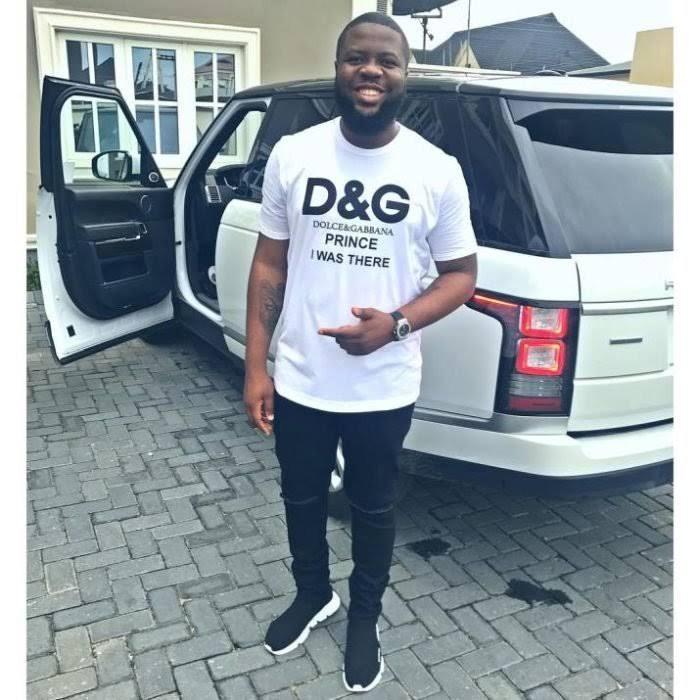 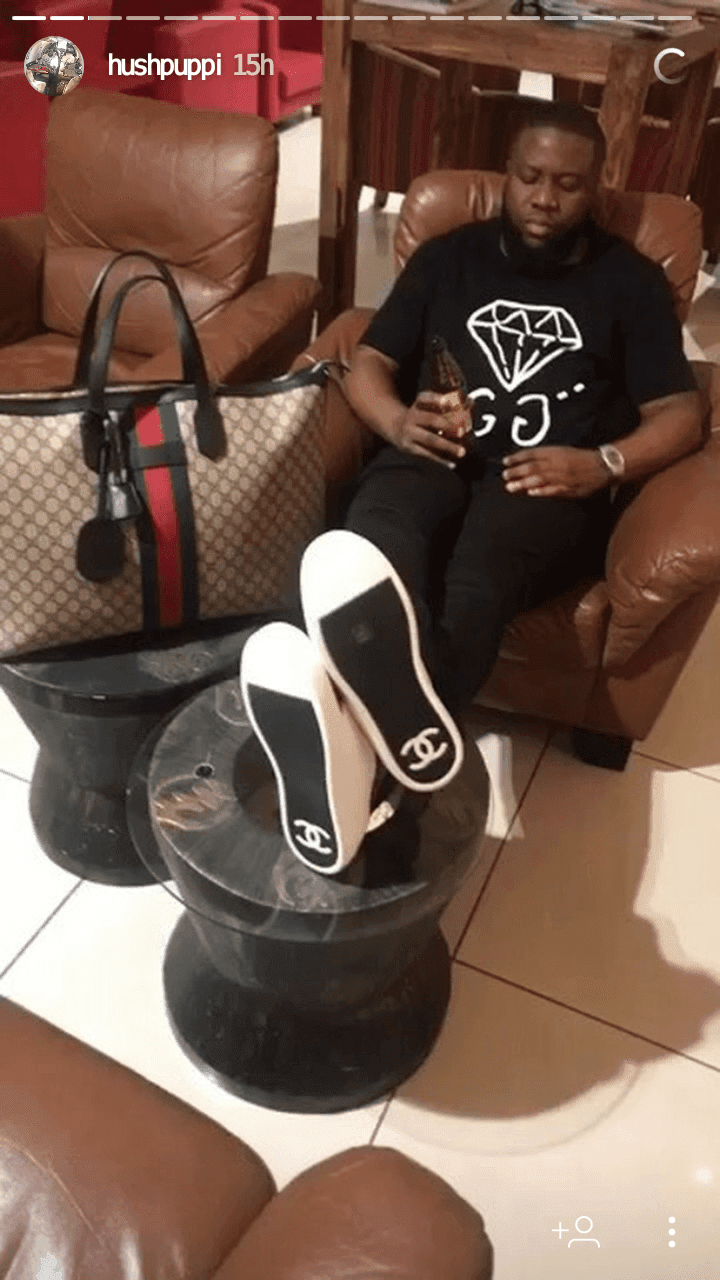 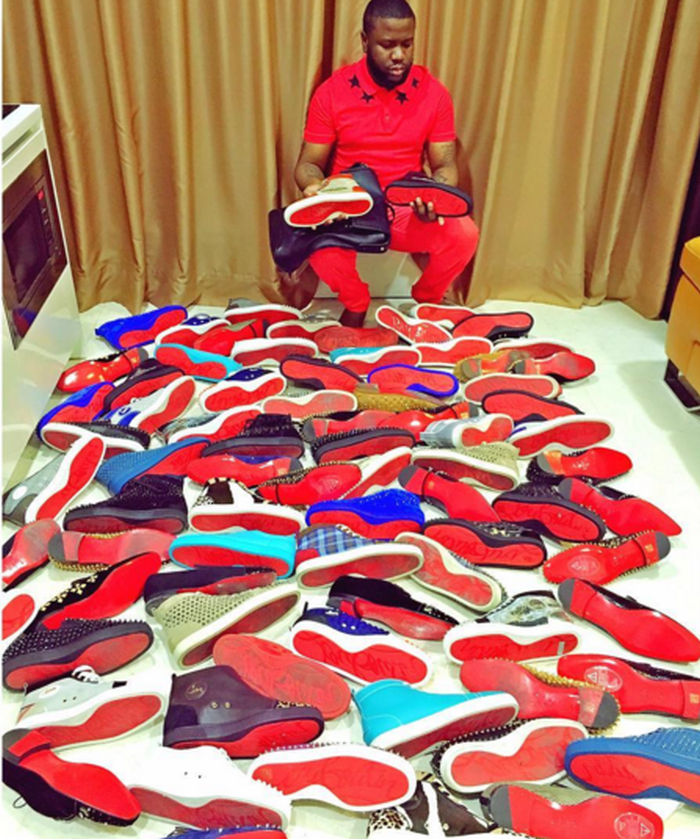 This dude came like a bolt out of the blues, with no one knowing his pedigree whatsoever.

Since he came on the scene though, he has attracted unprecedented loads of controversies, which on the surface has really helped his brand, if you look at it very well.

Either the dude has some super smart brand and PR specialist on his tab who came up with the super script they have been acting, or he just has the native uncanny intelligence to just know how to sway people’s heart. The dude must be commended any which way you look at it on that premise.

By some very smart acts, based mainly on jumping off already established brands, he has continually gotten the attention he craves and he has not let it rest ever since.

More after the break

He has created the aura of the benevolent money miss road, who has it in overabundance and can afford to spend it anyhow he wants, creating the effect of someone who owns a bottomless well of money.

How did he become so popular and so in your face? It’s majorly because in the midst of so many poor souls, a supposed rich dude who can be so blatant, is a form of excitement. It’s the only way these numerous poor but dreamy types and aspiring ones can live a life they so wish for. They live the good and rich life vicariously in another person. Such a spendthrift becomes their hero, for that’s there own way of getting back at the establishment which to them is a sort of enemy.

It’s the typical Robin Hood scenario. Many of these aspiring ones see getting to the top of the ladder via hardwork and patience a hard task, majorly because they believe the gulf between the haves and the have-nots is seemingly unbridgeable, so anyone from amongst them that can bridge that gap, by any means necessary and available, any which way, either crooked or good, instantly becomes an hero image, they could even become a godlike figure that some can even begin to worship.

So this explains why such a figure like Hushpuppi has become so popular. Let’s even begin to ask the question, what’s Hushpuppi’s claim to fame, glory or notoriety? It’s none other than that he seems to have a bottomless source of wealth, which he flaunts with utter abandon, every which way can and at every given opportunity!!!!

To create the desired impression or to totally embed or stamp that desired impression on the minds, he needs to be loud, vulgar, outspoken, totally and unrepentantly in your face. He needs to create that idea in the mind of all and sundry that he doesn’t care or doesn’t give two, about how he is perceived. A super rich, carefree, free soul, who is just having the fun of his life!

From his actions though, if one would look beneath the whole braggadocios/loud acts, it’s very obvious that he wants to be loved, he wants to be celebrated, he enjoys adoration to a fault, he loves to be known, seen. What he craves with all his being is being spoken of continually, to be seen and acknowledged; to stiffle that means to kill him.  So he has thought of strategies to get what he wants at all cost-NOTORIETY.

Since he is a 1st generation big boy in his family, whose background is not known, he would have to use what he has- MONEY, to get what he wants- which is FAME at all cost.

And the best and fastest way possible, is to be controversial, go to joints, lounges, night clubs etc where those he believes are the made ones go to and outspend them, to get the desired attention.

That’s not all though, he would also jump off already established ladders, likes of Davido, Phyno etc who are already very well known and with a very sizeable followership, by intentionally causing a spat or 2 here and there.

Since these ones he goes after already have a very large followership and attention focused on them, it would get him the desired attention and curiousity he needs also. People will immediately begin to ask, Who is this guy?

Is the strategy working well? Fantastically well, if I may say so myself. Via those intentional and deliberate controversies, his name and acts have continued to trend endlessly.

We go everywhere now and he is always a part of the topic for discussions. Hushpuppi this, Hushpuppi that, he did this, he did that. Like the late Eze Ego (king of money) of yore, who came quickly and dazzled all endlessly and in only a short while was already gone forever.

How much is this dude actually worth, to warrant all this ostentatious display? Imagine spending ₦11 million Naira just on one night at a lounge or night club!!! Dude must be the Khassoggi!!!

How much does he actually have that he can afford to flaunt and cause so much hoopla? He must be the best Gucci customer in the world right now.

The above amount is not substantiated at all ooooo, but that’s what is in the public domain. And that’s likely to be the truth also.

What did he do to earn such a colossal amount/fee?
Which companies/farm does he own to have fetched him that much gain at a go?
Who is his father or mother, that gave him such funds to play with? Or that he inherited such wealth from?

The only little fact that is readily available is that, he made his money from “Malaysia”, that beautiful Asian country that has become extraordinarily popular in the last few years amongst the youth.

What is it about this Malaysia?That the country has become the virtual goldmine, the eldorado, the nirvana, the virtual hard on of the youth?

The legend created about this country amongst very easily swayed youths seeking to become instant celebrities, millionaires, moneybags, is that if you know what to do in terms of some form of smartness, you are most definitely assured of a waterfall of riches. It’s like you can pick gold virtually on the streets. On the streets!!!!!

So Hushpuppi aka AJA 4 (that’s DOG 4) is a moneybag and a loudmouth to go with it!!!Why wouldn’t he be, when he has such massive funds to play with! And like it is in African countries, especially Nigeria where what counts is that you have money and the source(s) of the wealth doesn’t count, the one with such mass funds is an instant celebrity, a star.

Just imagine that Evans the alleged notorious kidnapper is already becoming a folk hero to some already, even with all the allegations against him and even after his own confessions and the pain and anguish he caused others!!!

If you all would look at it well though, Hushpuppi is a good source of comic relief, especially at this time, that laughing or laughter has become a bit expensive in such very unkind recession.