What should any have expected from this union of 2 powerhouses or should we say titans? The reverberations of this union would still ring for quite awhile to come, due to the sheer opulence that was displayed.

An influential and well respected sitting Governor, in the person of Senator Ibikunle Amosun and his stupendously adorable wife, and an equally well connected former TV gal and former Honourable member of the house many times over and now, the “Senior Special Adviser” to the President of Nigeria on Foreign Relations and the Diaspora”, in the person of Hon. Abike Dabiri-Erewa; These 2 titans were those that came together to become one.

The tall, bespectacled and handsome groom is the SSA’s first son “Oladipo Dabiri”, while the bride, “Ayomide” is the lawyer daughter, in fact one of the gorgeous daughters of the Governor.

Memnnnnnn!!!! Like her humble mom, Ayo epitomises all the good qualities of a well brought up, well trained child. So well coached, gentle, humble, somewhat quiet and a pretty girl, all good qualities in one package. Dipo is sure one blessed dude.

Dipo himself was the epitome of grace, with good natured mannerism and gentle confidence showing in his gait all through.

Both parents were the perfect hosts/hostesses. And they hosted the world no doubt. Who wasn’t here? From respected politicians of note, to notable captains of industries, to well respected royal fathers etc.

From the acting President of Nigeria, Prof. Yemi Osinbajo, to former President of Nigeria, Chief Olusegun Aremu Okikiola Obasanjo, GCFR, to the humble Speaker of the House of Representatives, Aminu Dogara, to several Governors. Oyo’s Senator Abiola AJIMOBI, Lagos’s Akin Ambode, Borno’s Shettima, Ondo’s Rotimi Akeredolu too many Government officials too numerous to mention. The Ooni of Ife, Oba Adeyeye Enitan Ogunwusi was as regal as usual, so was the Alake of Egbaland, to the Emir of Borgu, to the Iku Baba Yeye himself, the Alaafin of Oyo, Oba Lamidi Adeyemi, to the Oba of Lagos, Oba Akiolu to many other royal fathers and emissaries.

Africa’s wealthiest man, Alhaji Aliko Dangote was there, so also was Demola Seriki and his wife Wosilat, Pastor Ituah and Ibidun Ighodalo, Senator Ben Obi, there were just too many people too numerous to mention. We saw PMB’s kids who must have come to represent their absent parents, remember that Governor Amosun is probably one of the closest friends of the President. We saw former 1st lady Titi Abubakar Atiku, our own personal person Dame Abimbola Fashola, still as calm as always, perpetually handsome dude Lai Oriowo. Delectable actress and politician Funke Adesiyan was also in the house like many other people in her industry.

From the young, to the not so young and to the old. Everyone was represented. Even aspiring Governors to be were in great numbers. My man for Ekiti State, Congressman Bimbo Daramola, Chief of Staff to the Deputy Speaker came also.

Infact if we begin to mention names, that’s what the report would just be about.

Chief Ebenezer Obey-Fabiyi and his band were on the bandstand. Apart from this legend, the young superstars were there in great numbers also to perform, likes of Dare Art Alade, Wande Coal, 9ice and Mr. Easy who we heard flew in from Ghana, he performed to a rapturous applause and so much love, heard he was the special surprise from one of the parents.

Venue of the reception was the new President Muhammadu Buhari’s PMB Estate at Three Hills, KM 10 Abeokuta-Siun Expressway, Abeokuta, Ogun State. It’s a new estate along the expressway that we are too sure would soon be oversubscribed.

The intimidating tent for the reception was specially built on a hill or rise here and as you are driving in, that tent amongst other tents is the centre of attraction. It was humongous, we bet it could accommodate not less than 5000 at a go.

That event was also super well attended also, infact some of those who came came for the traditional engagement just left after that.

Curiously likes of Asiwaju Bola Ahmed Tinubu, Rauf Aregbesola, Ayo Fayose, were not in attendance, they weren’t missed at all though.

It was a battle of some of the best cars money could buy, Rolls Royce was calling on Rolls Royce, G Wagons were like pure water and other eye catching cars of the super well to do were in abundance and littered the place. But the cake that took the honour of the  a standard out amongst all though was that silvery grey, humongous Rolls Royce “Balogun” that Olori Omoba of Ijebu, Sir Subomi Balogun came with, none other including Africa’s “King of Rolls Royce”, Bolu Akin-Olugbade’s own could stand next to Otunba Subomi’s own. From all indications it was a made to measure, specially built one. The only one near it in Nigeria or like it is Oba Elegushi’s intimidating own white Rolls Royce “Gushi”.

Coming back again to that tent used, sheer size again was massive and super well decorated, though we can’t say for a fact that “Elizabeth R Event” put the event together, but we saw the brand’s head honcho “Ibidun Ighodalo” in her black skirt and denim top moving about to make sure all was well and on point.

The inside was well lit, well arranged and totally on point. Those flowers hmmmmmm, that was good money well spent, along the walkway on top were hanging flowers and then the glass walkway too had flowers inside. So you are walking somewhat on flowers, while above too it was hanging delicately above. Though it was as intimidating as the one the Alakijas did, for Nigerian standard it was something else.

You cannot miss the centre of attention and attraction. From whereever you are sitted, the raised dais or platform at the front was unmistakable. That was where the bride and her groom and all her entourage were the cynosure of all eyes.

The couple in the middle, their bridal train to the left of you as you are facing them, and then to their right were a few tables and chairs for some select few big wigs who were surely in their own world.

If this wedding didn’t cost much, at least between 500 million and a billion Naira should have been spent, some said it could be far more. Mind you though, 70% of things could have been gotten as support. Many looking for favours from both sides would have gone out of their ways to be very nice.

You cannot lie that you didn’t eat or drink to your satisfaction, to claim that, would have been a big fat and terrible lie. There was too much of everything.

The consistent drizzle didn’t deter the guests at all.

All were gaily and super well dressed. It was like guests were competing at who would be the best dressed. Parents on both sides wore the same things colourwise and fabric, wine Aso ans green Aso Oke for the men, green and wine for the women. Both mothers were up and about every where greeting people, taking pictures, making sure all was on point, so also was the Governor.

This is truly and surely the wedding of this season so far bar none.

Apart from the fact that when we finally got to Abeokuta we had super good fun, the only dampener were 2 things, the roads leading to Abeokuta was beyond bad. The other dampener was that young thieves in the mold of service boys were in over abundance. Many phones and other things were brazenly and magically stolen to the surprise of guests!

Imagine that Ooni of Ife’s phone performed a disappearing act, in fact a close friend’s small bag hanging in her neck was opened her phone and all the cash in that purse grew legs and ran 4-40. Many of these boys were caught stealing unopened bottles of expensive drinks from the tables.

We didn’t or couldn’t wait for the after party which began right after the massive reception. But from the feelers we got, it was something else. Even far more fun than the reception as by then all made sure to let down guard far more. 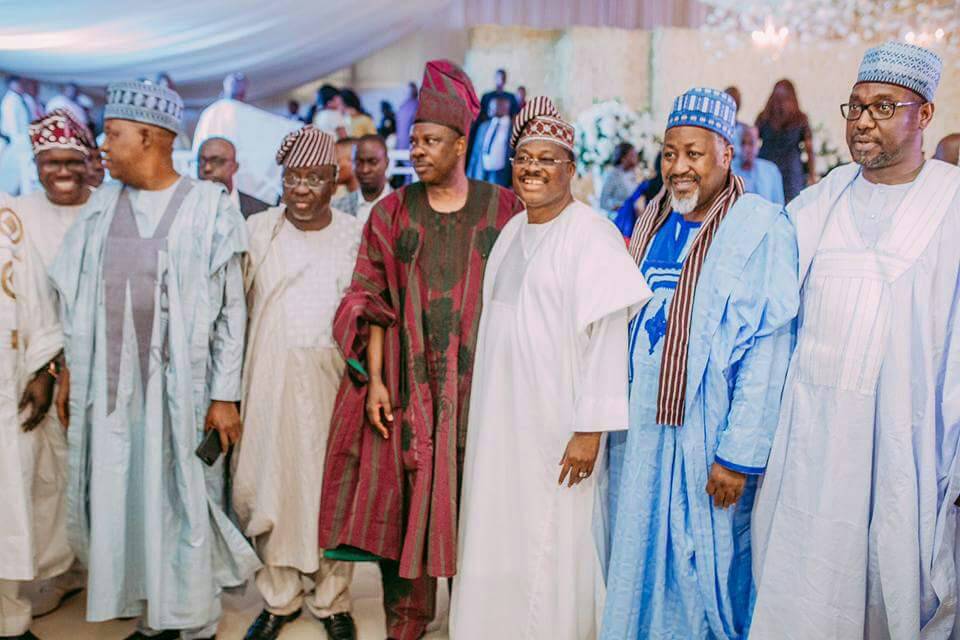 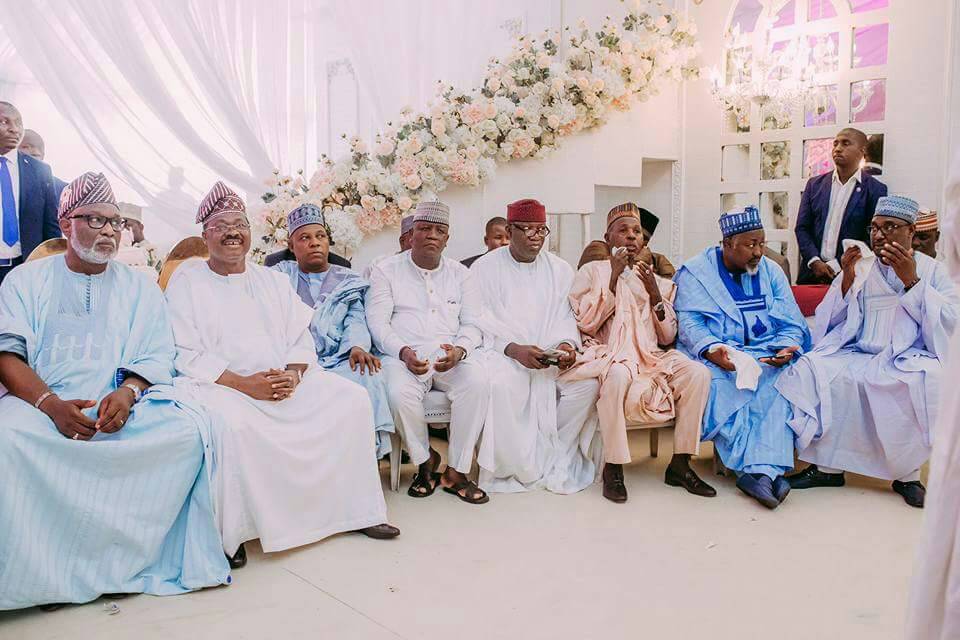 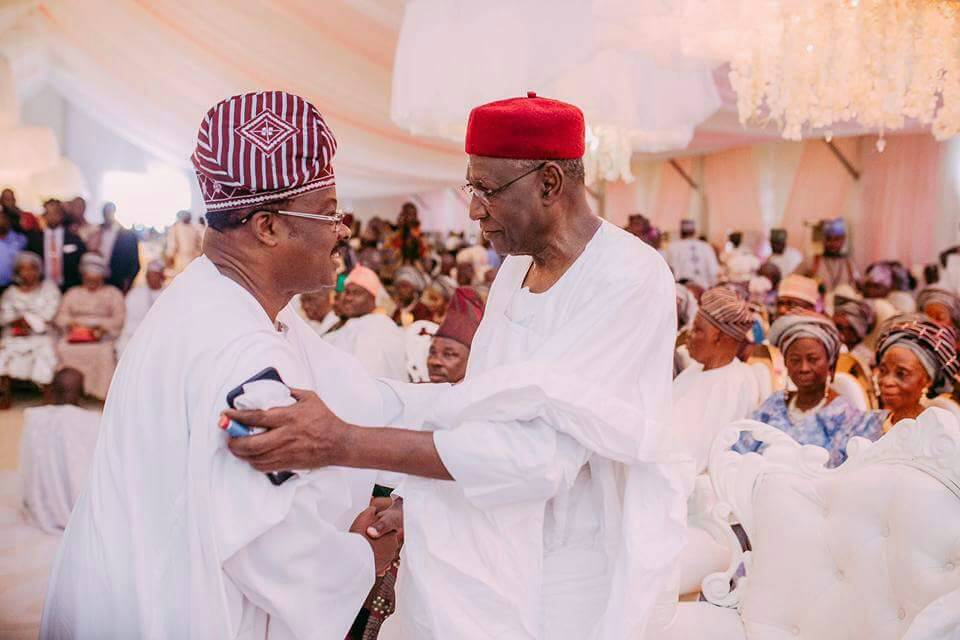 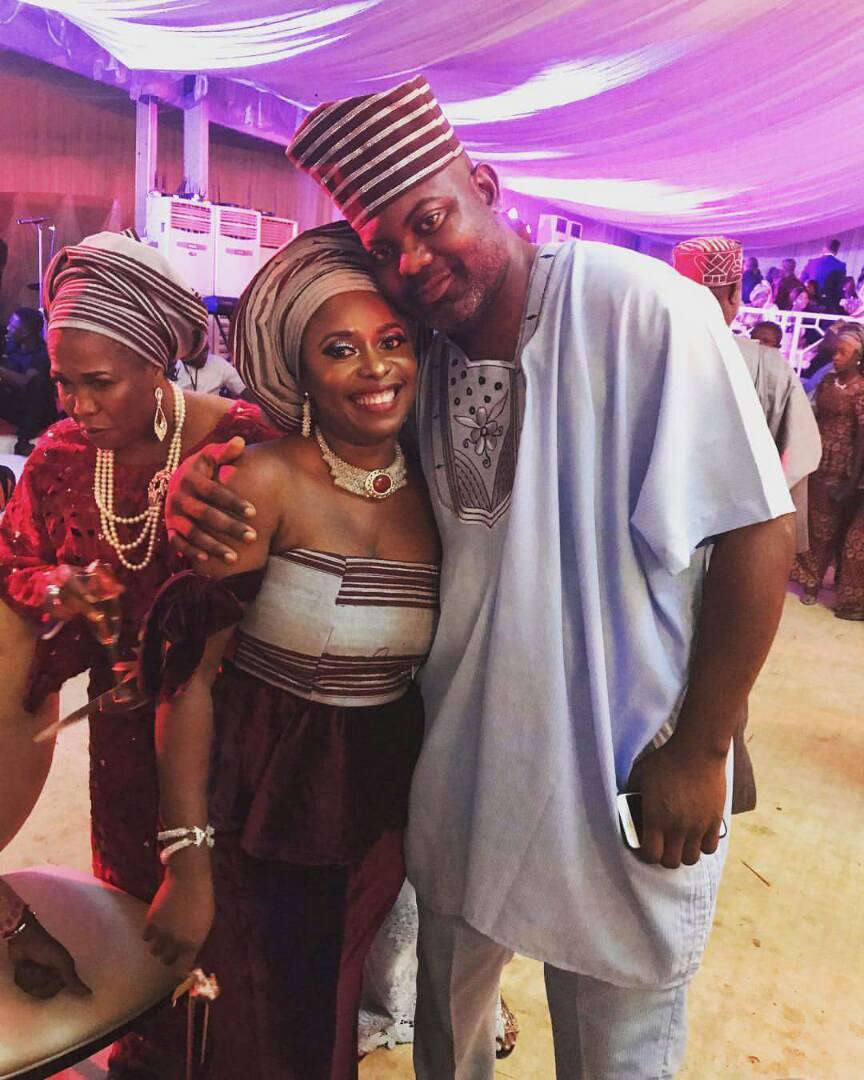 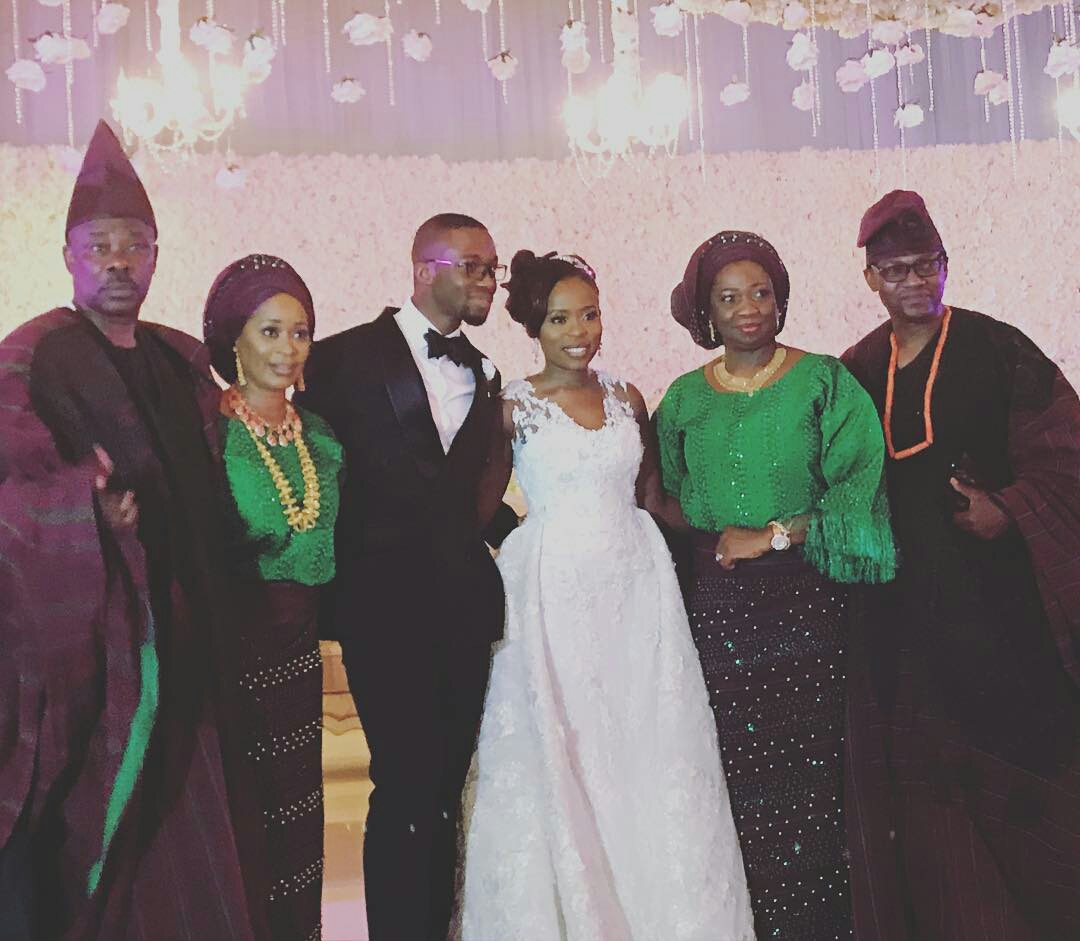 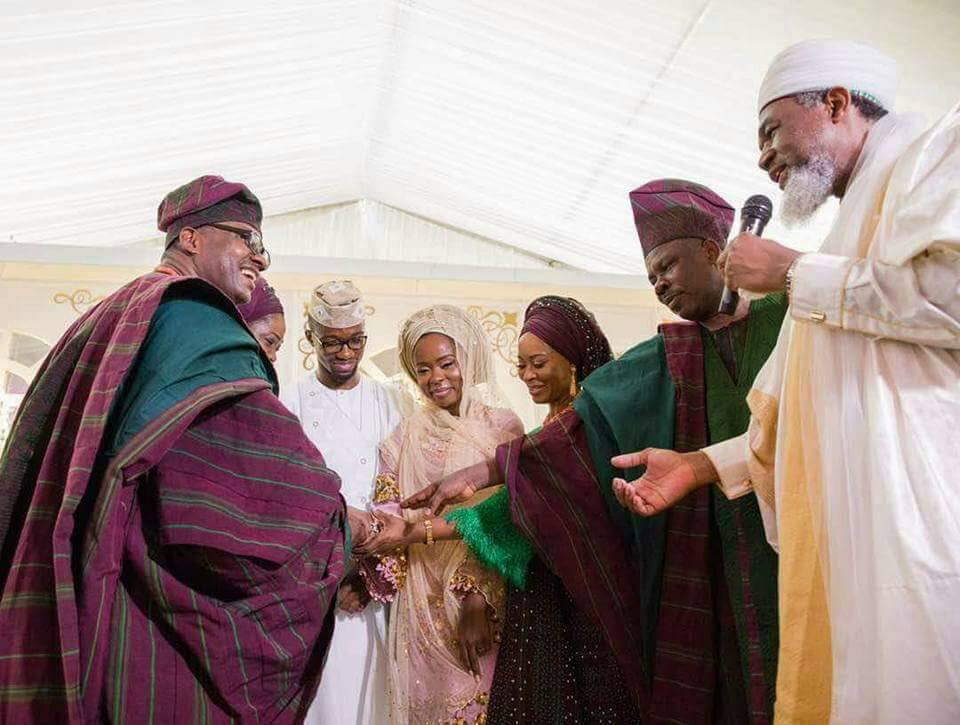 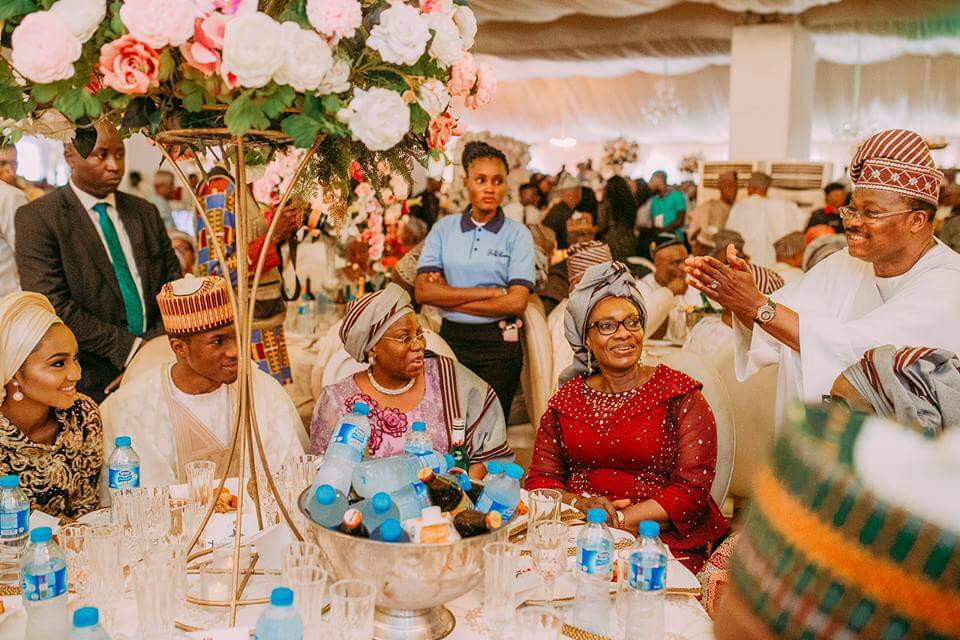