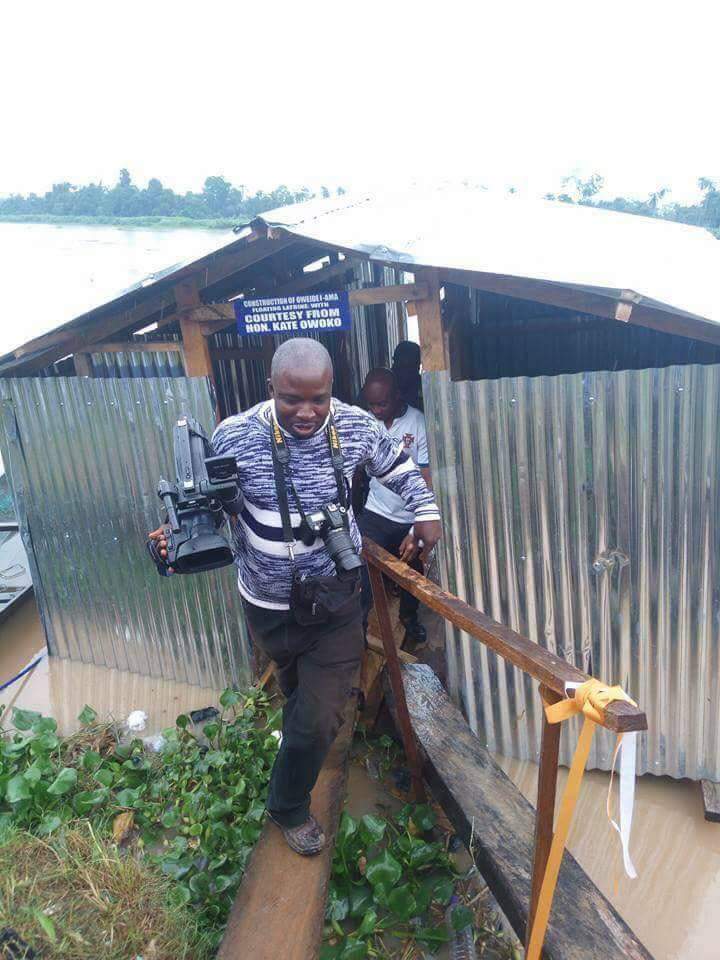 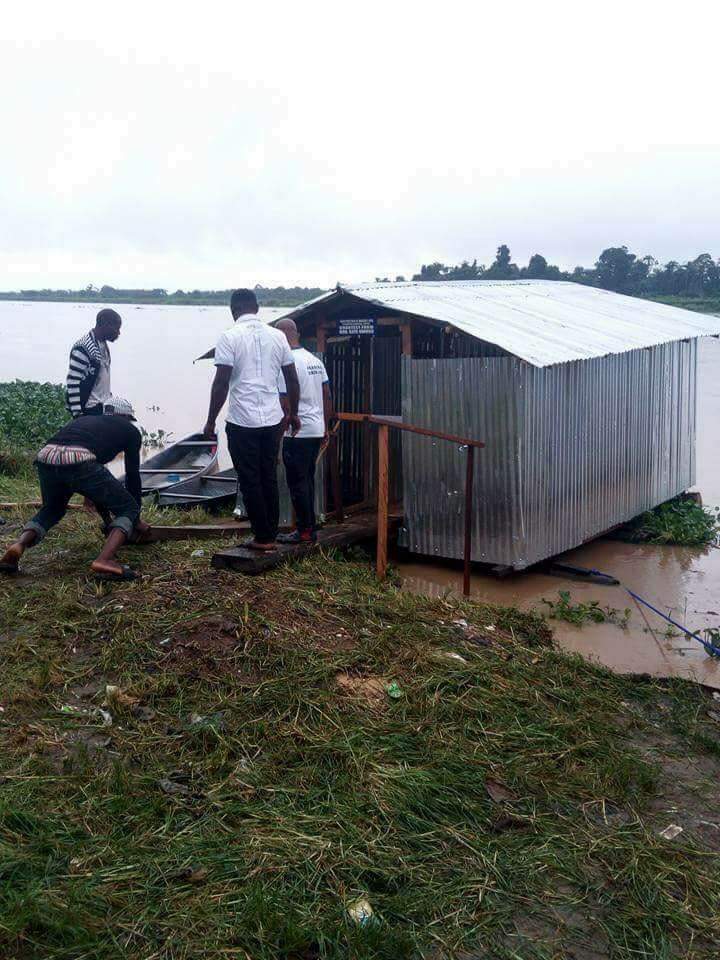 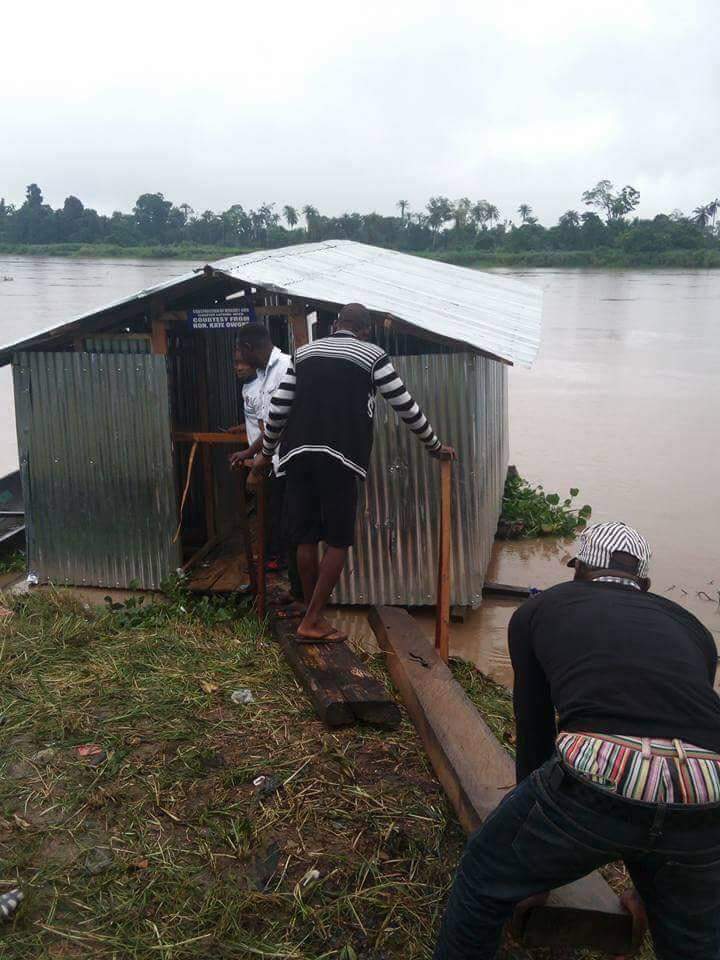 We cannot stop laughing. Truth be told we are totally consumed by laughter that we haven’t being able to stop and we just had to re-share this great “act of kindness and generosity” for all to view and be encouraged.

Imagine at this age and time and the so called level of our development, a representative of the people by name “Kate Okowo”, a member of the “Bayelsa State House of Assembly” in wanting to “bless” her people for their unflinching support and love decided to “bless them” with a “wonderful experiment of a toilet”!

So ingenious was the contraption that it beggars belief!

Set alongside the flowing river in the state, the contraption someone has laughingly tagged “floating toilet” was constructed using “brand new imported iron sheets” otherwise called or referred to as corrugated iron sheets.

The “ingenuity” comes in the form of, as the lucky users of the toilet would empty their bowels, all the wastes would be enjoyed by the occupants of the river with much enthusiasm, be it fishes etc. This is some form of “unbridled blessings” that the fishes and others would have had the struggle to receive under normal circumstances.

So not much work would need to be done afterwards,bexcept for the user to clean him/herself. So no need for unneccesary labour.

The beauty of the “whole charade” was that, the very blessed madam then called on the media to come “cover” the “commissioning” with much aplomb! All in all, this wonderful donation must have set madam back by several hundreds of ₦!

What a very “chivalrous act”, worthy of emulation. Other politicians should take a cue.

Just as an aside, it’s very obvious that what one offers to his/her people as either dividends of democracy or in any other forms, either as a philanthropic gesture ot otherwise, are those things they deserve or that one thinks they are worth. You can only give according to the level of the receiver. At least so says Kate Okowo.