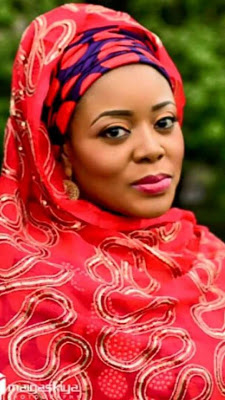 The rich, big and very influential also cries so the common saying goes, as a matter of fact, the same 6 feet deep that the poor would be buried in, is the same the rich and famous would also be buried in too. Only difference might just be the value of the land for the burial and the cost of the coffin/casket or cloth the dead would wear, but even at that, it still doesn’t matter at all to the dead. For the dead is dead and has no appreciation whatsoever of the value of anything! So why bother at all!

For the former Minister of Foreign Affairs, former Governor of Jigawa State and one of those who wants to run for the Presidency in 2019, in the person of Alhaji Sule Lamido, If death had wanted money or connection he would have gladly given those things, without flinching or bating an eyelid, just so that his beautiful daughter by name HADIZA could have remained alive now and for as long as possible.

So death, also referred to as the grim reaper snatched Hadiza, 38 away in her prime and in far away India, this weekend after a brief illness, leaving terrible gloom and despondency and sadness in her trail.

Lamido’s daughter at 38 was born in 1979 and is survived by, her dad, her husband and 3 young kids and other family members. Burial arrangements would be announced soon.

May her soul rest in peace.