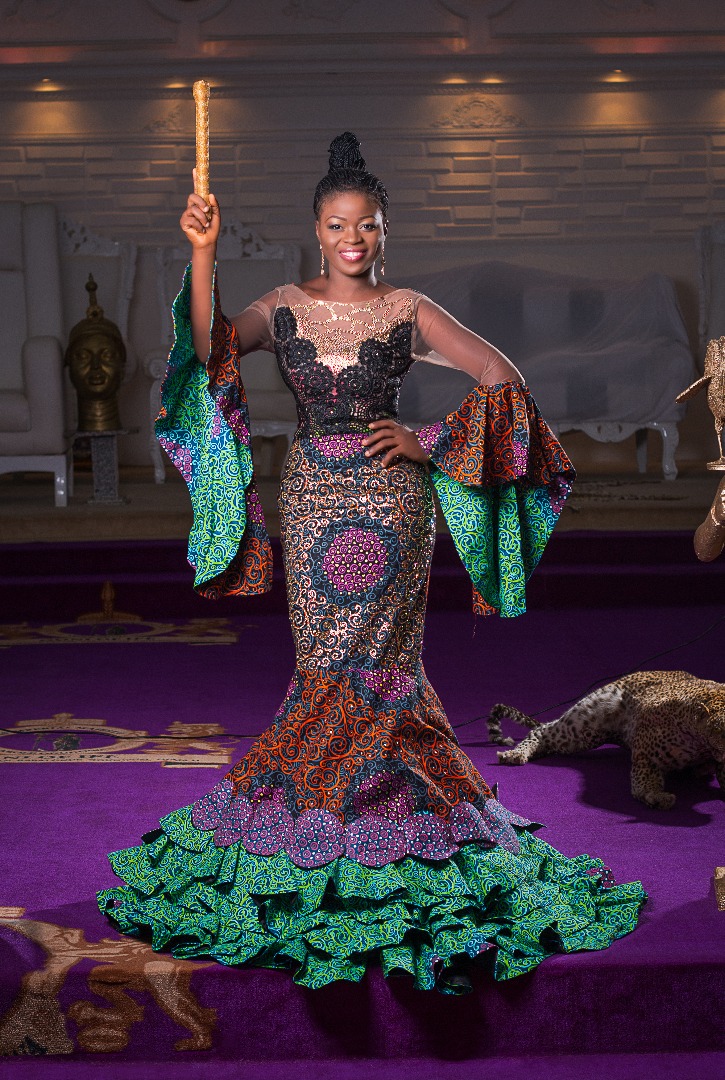 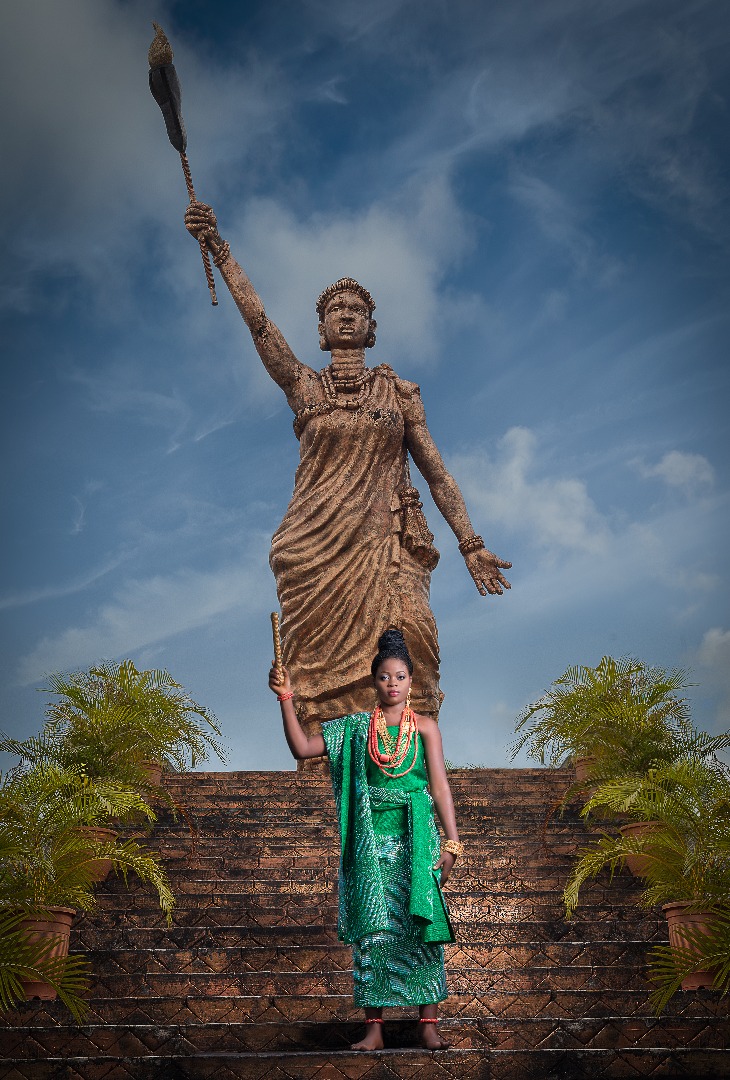 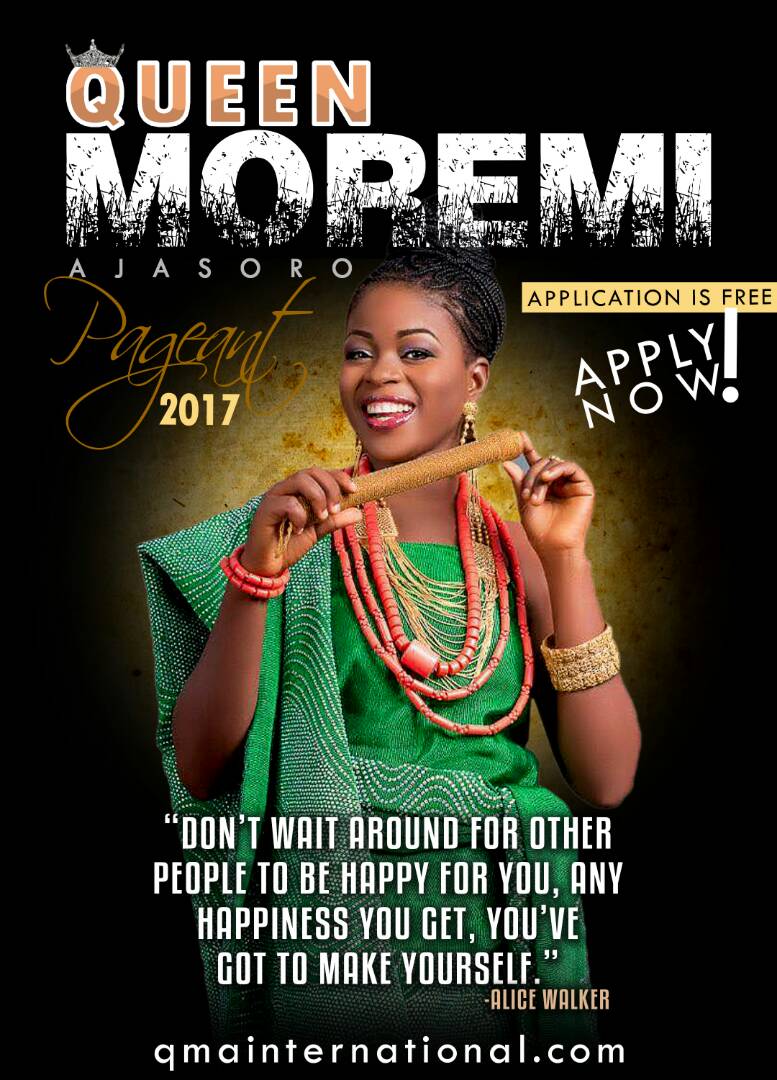 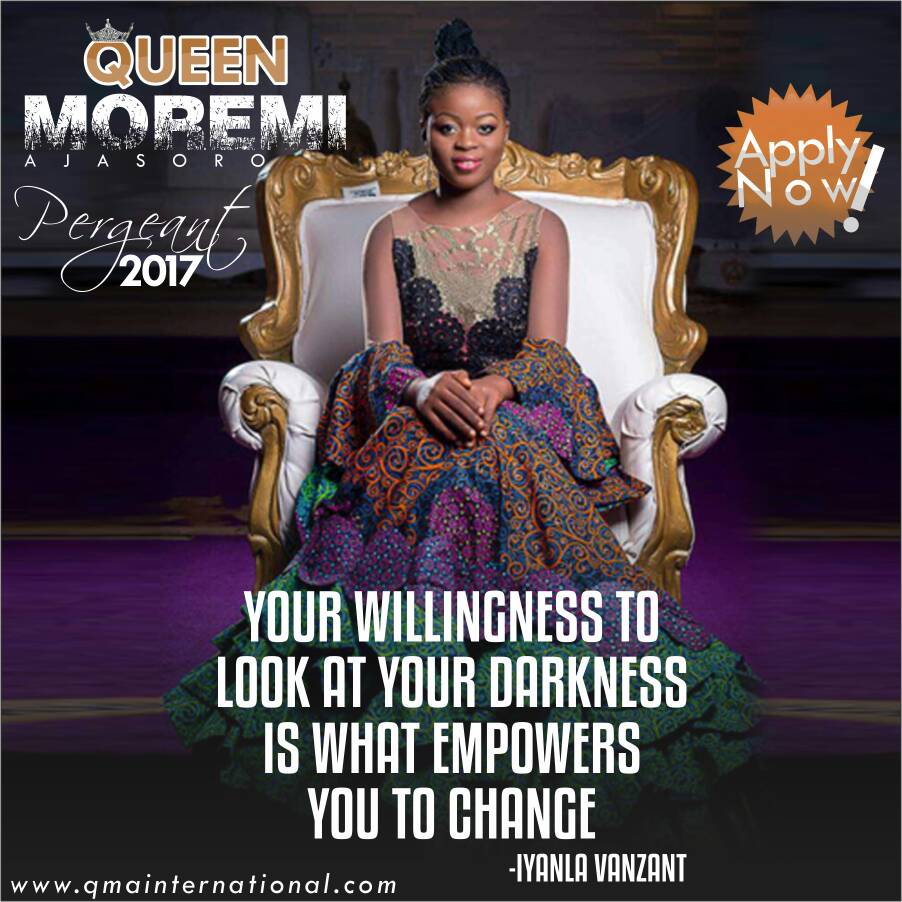 This is a pageant that’s very different from all others put together. The cultural significance of it is linked to a great icon by name Queen Moremi Ajasoro a great heroine linked to the source.

For those who might be wondering what the source refers to, that’s actually the other name for Ile-Ife (the land of love), the domain of his imperial majesty, Oba Babatunde Enitan Ogunwusi, the Ojaja II, the current Ooni of Ife.

Ife according to Yoruba folklore passed down from generations to generations is said to be the very “source of existence”. It is acknowledged as where it all began and by extension Oduduwa is the one referred to as the “father of all”. So anything connected to this historically significant place would normally receive very much attention.

The Royal House of Oduduwa, meaning the house of the King are currently doing all that’s possible to make sure that the 2nd ever edition of “Miss Moremi Ajasoro’s pageant” that is Miss Moremi Ajasoro 2017, is the best yet in her short history. The organisers led by Princess Ronke Ademiluyi are leaving no stone unturned to deliver an event that would be first historic, secondly very exciting and that would further embed the name of one of Ife’s greatest heroine in the heart of all and sundry far much more. So this pageant is not just a flight of fancy or one that would diminish the history of the heroine in any way or manner.

Queen Moremi Ajasoro (here referring to her as the wife of a king) at a certain point in the history of Ife, stood up to be counted when she stopped the planned extinction of her adopted land via her historic and heroic intervention. She using her “beauty and brain” together as “good tools and weapons”, stopped her people from becoming slaves and being killed by the enemies of her land.

So for anyone that would become a queen to represent her heritage (what “Moremi Ajasoro” she stood for), very much is expected of such a lady.

Towards making Moremi Ajasoro a figure of emulation by all women in Yorubaland, the House of Oduduwa had in the recent past built a monumental statue of the heroine in Ife, which is said to be one of the tallest in Africa and which was launched with much aplomb. Now in furtherance of that ideal, the 2nd edition of the beauty pageant in her name is being packaged to give all other types of beauty pageant a run for their money.

The King, His Imperial Majesty, the Ooni of Ife, has donated the required funds for all the entries for participants, so no “entry fee is required”. Wow!

Also the prizes that could be won by “the luckiest of girls” would be staggering to say the least. Imagine that apart from a “fantastic cash prize”, there’s also a “brand spanking new car” to go with the 1st prize and many other gifts for all the participants to cart home.

The winner is expected to be the epitome of intelligence (that is wisdom & knowledge) and beauty, a heroine type at that. Her knowledge of history and culture must be excellent. The winner of the upcoming pageant is expected to carry the ideal of the heroine whilst also epitomizing her spirit of love for the source.

This year’s event would be a grand showcase of cultural excellence in its most unique form. According to Princess Ronke Ademiluyi, a proud daughter of Ife and a member of the Royal family, who is the leader of the organising team and also the founder of the award winning Africa Fashion Week London and AFWN brands, “she and her team are doing “all that’s possible to make this event an extraordinarily fantastic one. It would deliver on all counts- culture, heritage and so much more”.

RAPE AT THE SUPPOSED LAGOS CITADEL OF EQUITY!!!! PERPETRATED BY 2 HANDSOME YOUNG MEN PLANNING TO BE DEFENDERS OF THE WEAK
CHANGE OF GUARD AT ntel as ABHULIME EHIAGWINA BECOMES ACTING CEO
Comment