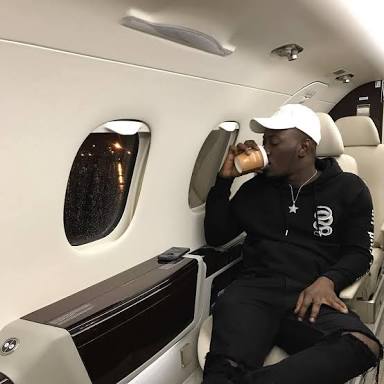 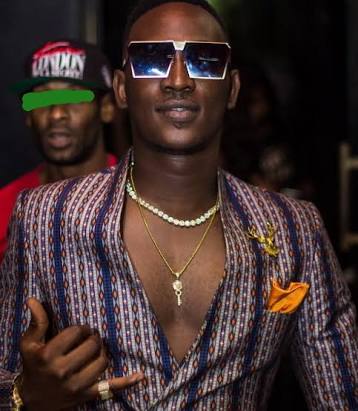 After the very long wait which seemed like eternity and that was accompanied with trepidations of fear, that anything could happen in his case against the state on the 9 counts allegations of fraud and grand theft, Nigerian beloved musician, Oyindamola Emmanuel Johnson Hunga aka Dammy Krane has beaten the fraud rap!
Although he had vehemently denied all the allegations from the very beginning, stating his innocence from the get go, many didn’t truly believe him and most didn’t give him any chance of beating the rap, so there was that trepidation of fear as many thought that nemesis might have caught up with the “innocent” dude. So, good for him, let him face the law for his “supposed” foibles. Some even went as far as saying categorically that he was a confirmed Yahoo boy!!!!
So it came as a major sigh of relief from all and then a spontaneous bust of deep rooted thanksgiving as the 9 charges, which had hung on the neck of the very talented star, like a hangman noose or like an albatross, were all quashed by the court at the resumed hearing. Judge De La O’Miguel who heard the case, struck out the whole charges and closed the case, effectively dismissing all charges against Dammy Krane.
More after the break.
Not only were we totally and understandably happy for this talented guy, we are also relieved that such a humble soul like him has been left off the hook, to go face and pursue his career now with more vigor and with the benefit of experience and hindsight, to be able to avoid all future traps and loopholes that might be on his way to super stardom.
The elated star waxed very lyrical in his various reactions after the judgement that freed him. Hear him- 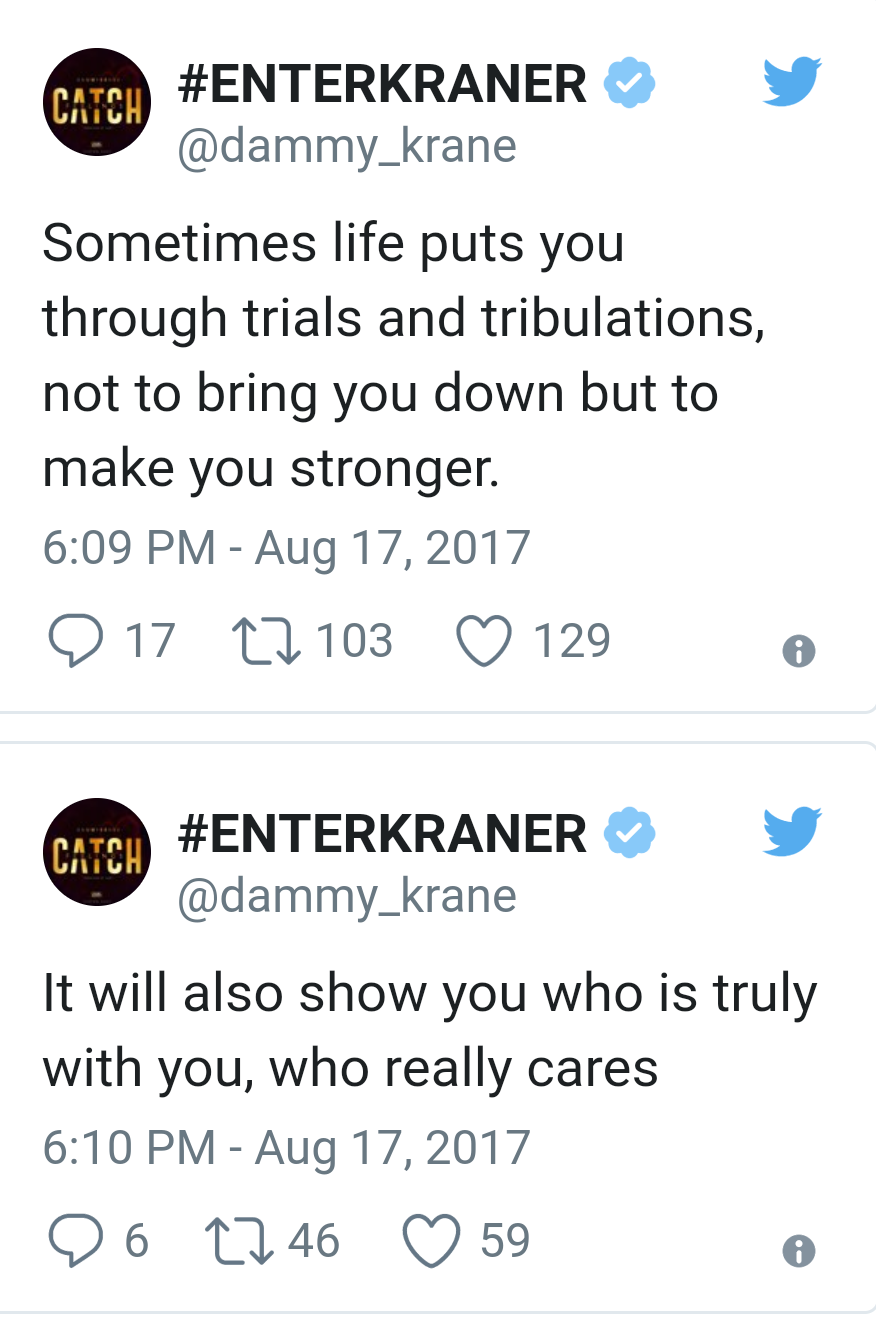 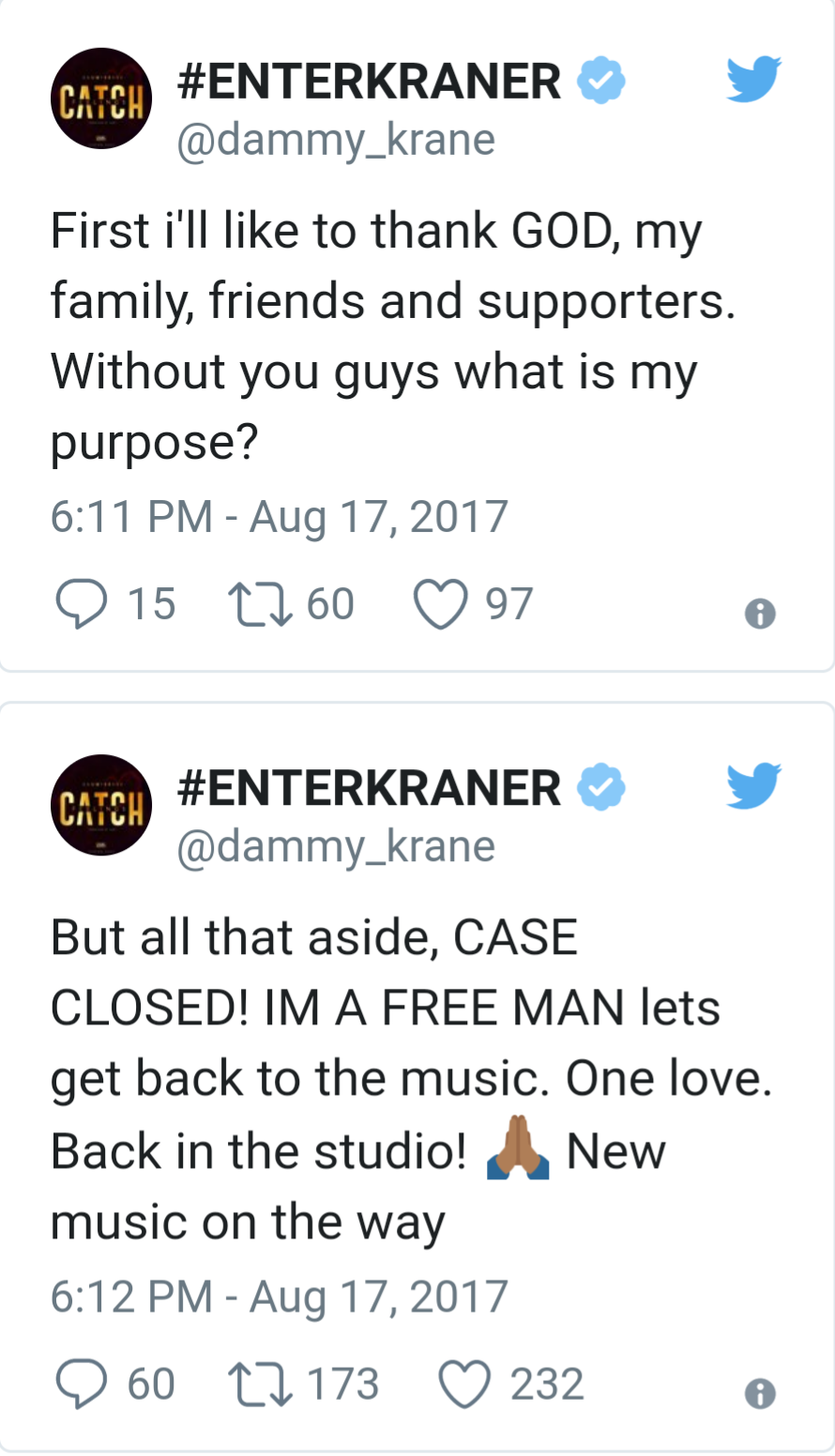 Now after all of these, we are expecting some major hits that would get all of Dammy’s fans and new converts bobbing their heads in tune to his new releases and even dancing excitedly without a care in the world as they enjoy his delivery and are mesmerised by his talent and songs.
Congratulations to Dammy Krane, for going to war and coming out victorious!
TagsCleared credit card Dammy Krane ENTERTAINMENT AND LIFESTYLE FRAUD Grand theft Identity Fraud MAESTRO's MEDIA Oyindamola Emmanuel Johnson Hunga Strike out Struck out USA

QUEEN MOREMI AJASORO PAGEANT 2017 CALLS OUT FOR ALL YORUBA MAIDENS TO COME PARTICIPATE
WHAT’S UP WITH HIS IMPERIAL MAJESTY THE OONI & WIFE- WURAOLA?
Comment