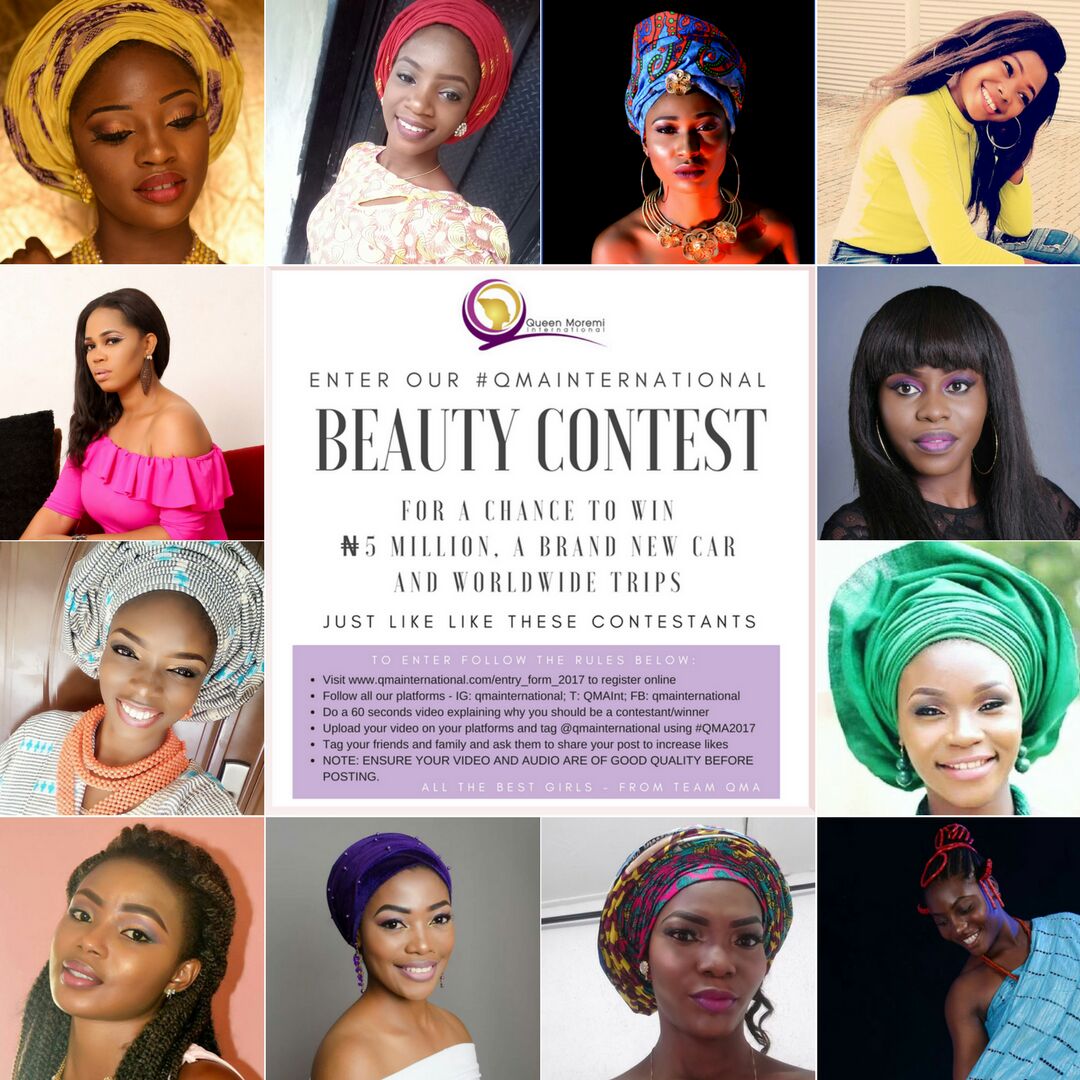 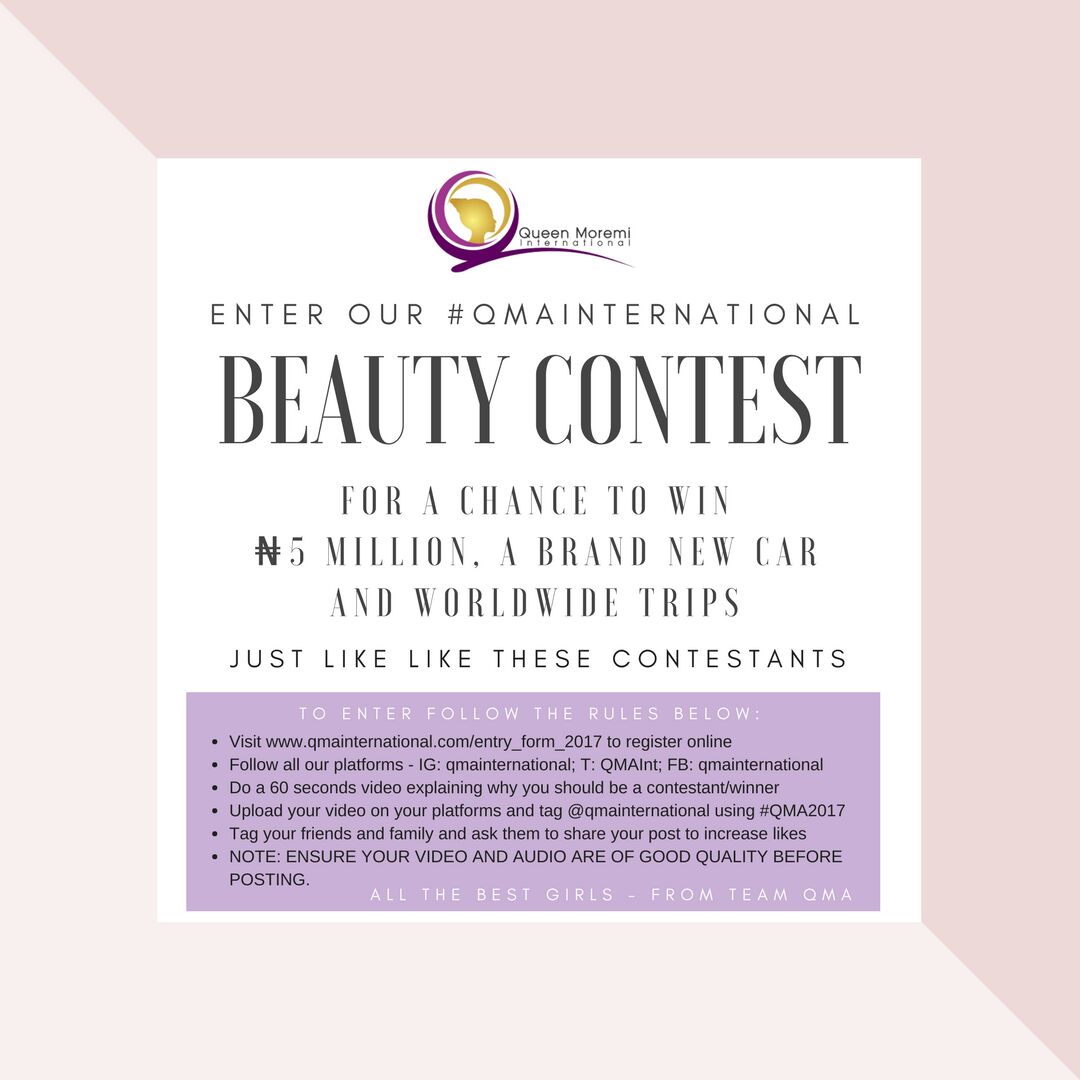 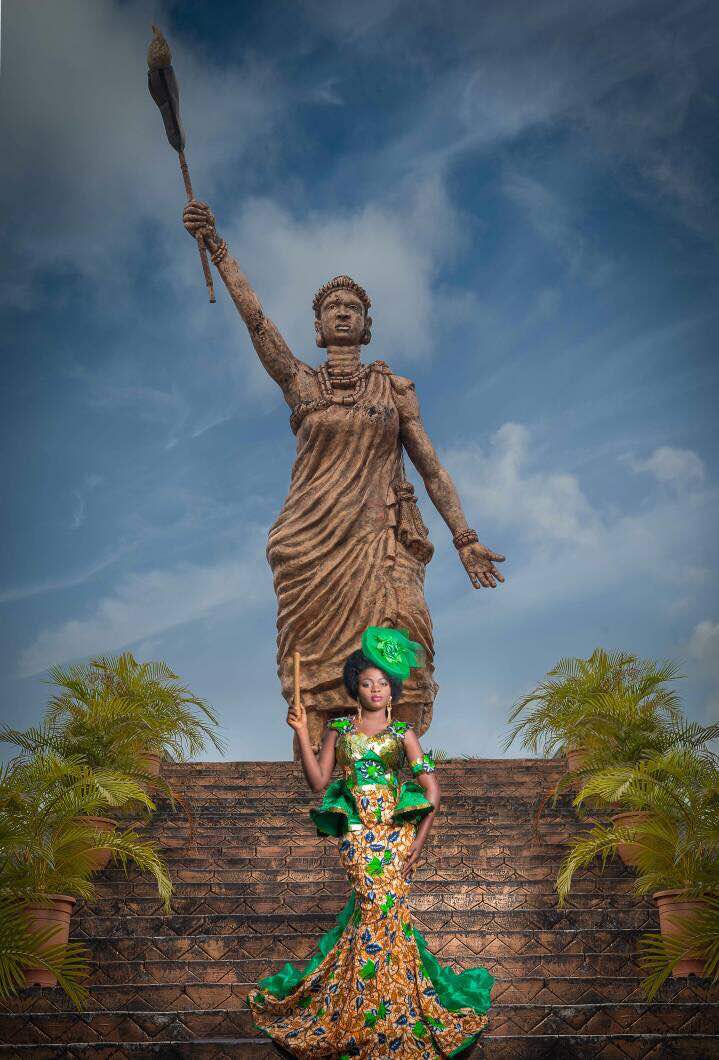 THE NEW QMA 2017 WOULD BE THE BIGGEST PRIZE WINNER YET IN NIGERIA. As the new Queen is set to cart home ₦5million Naira amongst various other gorgeous prizes.

Another very exciting news from the organisers of Queen Moremi Ajasoro Pageant “QMA 2017”.

While the registration has received a major boost by virtue of the fact that registration for participation is “FREE” for all, the “prizes” to be won by the “eventual winner” and runners up has also being the reason for the avalanche of enquiries about participation.

The winner of the upcoming 2nd edition of the new improved “biggest Cultural pageant in Nigeria”, would cart home a whooping- ₦5,000,000 Naira (Five million Naira) in grant and support to build up her own desired business. If not for anything, that alone is serious “economic empowerment” like never known and experienced before.

And not just that alone, she would also be aided by experts provided by the organisers to make sure that the business initiative also succeeds and become a profitable venture.

The ₦5 million Naira, would come from the “QMA Impact Investment Fund for Women”, which would be another of the highlight at the grand finale of the pageant come November 2017.

The ₦5 million Naira is not just it all, the lucky queen would also drive home a “brand spanking new car too”!!! What a lucky girl she would be indeed! Still yet that’s not all. She would also have to herself, a year load of designer apparels to wear all through her reign, all of these things to make her stand out amongst others at all times.

This luckiest of winners yet, would become a “Cultural Ambassador” of the great “Adimula” and “Arole Odua”, His Imperial Majesty, the Ooni of Ife, Oba Adeyeye Enitan Babatunde Ogunwusi, the Ojaja II, who is the most important, most revered of the Yoruba monarchs in the world, by virtue of his stool and ancestry.

As an ambassador of the Ooni Adimula, the Queen Moremi Ajasoro Pageant winner, would be a member of the “King’s entourage” on “his tours around the world”, helping to propagate the Ooni’s message of peace, togetherness, inclusiveness and love for all mankind.

Olori (Queen) Moremi Ajasoro, the inspiration behind the QMA, was a very beautiful and intelligent heroine, who used her gifts of “beauty, charm and intelligence” to rescue her people from sure slavery and death.

So the one that must wear the crown as the “new QMA 2017”, must possess exemplary qualities like intelligence, beauty, charm and grace too.

For more enquiries on participation and other informations, check www.qmainternational.com

UNVEILING OF THE 3RD INSTALMENT OF THE OUD MAJESTIC STORE & BRAND AMBASSADORS- ADUNNI ADE & BOLANLE NINOLOWO
CAN THIS TRULY BE THE NEXT OR NEW OLORI OF IFE?
Comment