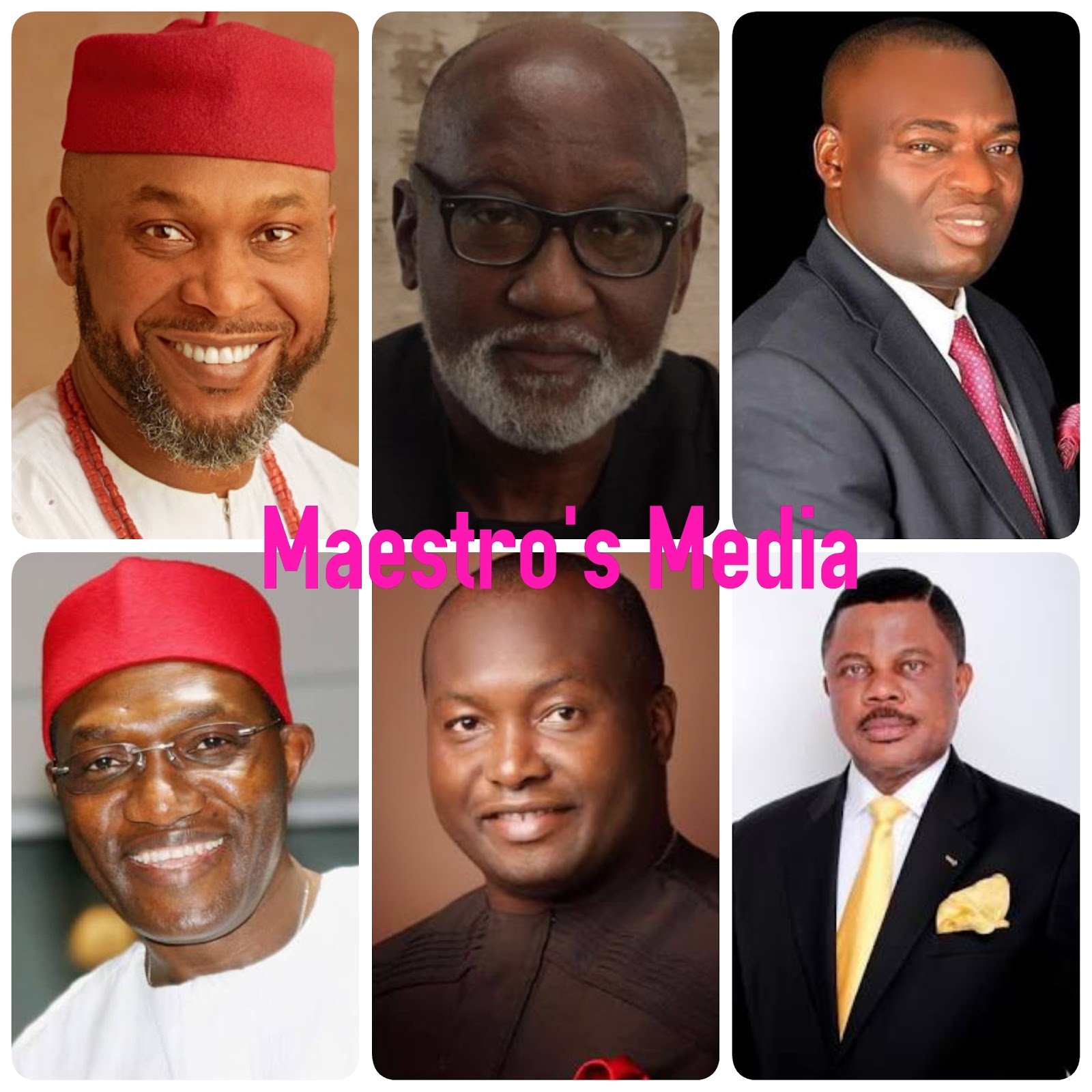 Now that the APC has backed Dr. Tony Nwoye has her candidate for the upcoming battle of the titans in Ndi Anambra come November 18, 2017 what would the moneybag known as Senator Andy Uba, who had taken not less than 40 senators to go pick up his form to participate at the primary then, in a power show to intimidate others now do?

It is obvious somewhat that the days of blatant money politics in the state (ANAMBRA) seems to have ended. For if it was money that should have decided who should be the flag bearer of the APC and even PDP in that state, none of the many candidates who vied to be chosen as the sole candidate of the APC & PDP could match have matched the likes of Senator Andy Uba, Oil and Gas mogul Ifeanyi Ubah and former Aviation Minister and SPG boss Stella Oduah.

But even with all of their capacities and capabilities, they were still totally annilated by those without their kind of staggering wealth, but who were loads more influential and rightly connected.

Dr. Tony Nwoye, who is  now the confirmed candidate of the APC, got 95% of the votes amongst the 12 that took part in the primary and left the remaining 5% to be shared by all the other candidates, which included Senator Andy Uba.

Dr. Nwoye, is a medical doctor by profession and a House of Representatives member and also a well respected politician, who is the youngest of the aspirants vying for the post of Executive Governor of Anambra State. At 43, he and Chief Osita Chidoka of UPP who is 46 are the young men, who wants to bring in a lot new energy into running the affairs of the South East’s most urban state.

For the PDP, their high powered primary produced Mr. Oseloka Obaze, a retired diplomat and consultant, who at 62 years old is one of the oldest vying for the post, the 2nd person oldest being Chief Willie Obiano himself, who is also 62 years old. Oseloka H. Udeze also annihilated all comers at the PDP primary election, which had other contestants the likes of Capital Oil boss Ifeanyi Ubah in contention, but who came a very distant and inconsequential 3rd.

Though Ifeanyi Ubah is claiming irregularities, but it is very unlikely that he would ever represent PDP at the upcoming election, except he is able to sway the court with justifiable reasons, and she rules otherwise.

So with Andy Uba’s ambition to rule the state again now sidelined or truncated by the very obvious snub at the APC primary, would he decamp again now to another party willing to make him their gubernatorial aspirant just so he can run for the election? Time will tell though there are not many creditable parties readily available for him to join again in the short period of time remaining to prosecute his ambition.

Or would he continue in his unnecessary protest still claiming irregularities at the primary and then decamp just so that he can become a spoiler and upset the apple cart and then go to another party or go back to align again with the PDP? Let’s wait and see.

For now, until maybe things changes which we greatly doubt, the battle for the jugular of Anambra State come November 18, 2017 would most definitely be between the following titans- Chief Willie Obiano of the APGA, (him being the incumbent) seeking for a 2nd term; Chief Osita Chidoka of the UPP, him being the former FRSC boss and Aviation Minister under the Goodluck Jonathan adminstration; Oseloka H. Obaze of the PDP the former ruling national party, a former very well respected diplomat and now a well respected consultant with a very intimidating and interesting resume, who was a former “Secretary to the State Government” to both Chief Willie Obiano and his predecessor Peter Obi. And last but not the least, Dr. Tony Nwoye, of the APC, the medical doctor/grassroot politician who seem to have a very large followership amongst the youths in the state. Dr. Nwoye has had a very interesting political career, though he is only just in his early 40s. His trajectory has been extraordinary to say the least.

According to our findings, many believe that Oseloka Henry Obaze is the annoited candidate of the highly revered former Governor of Anambra State, Mr. Peter Obi; whose far reaching influence in the state that he governed meritoriously cannot be dismissed or diminished at all. In fact, Peter Obi is still seen as a major factor not only in Anambra state, but also in the South-East political terrain.

By the very factor of his resume and the kind of support that is seemingly backing him, Oseloka Obaze of the PDP can very possibly spring a major surprise and cause an upset, if care is not taken by all other aspirants, especially also now that he has picked an intimidating lady as his running mate for the election, in the person of International Lawyer, Mrs. Chidi Onyemelukwe, the daughter of former Vice President of Nigeria, Chief Alex Ekwueme, a top starlwart and founding father of the PDP. To dismiss these duo’s ambition is to do so at ones own peril.

Curiously though, everyone including those in the other parties, involved in this upcoming election have a connection one way or the other with the PDP.