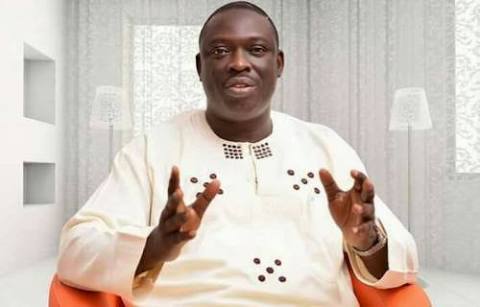 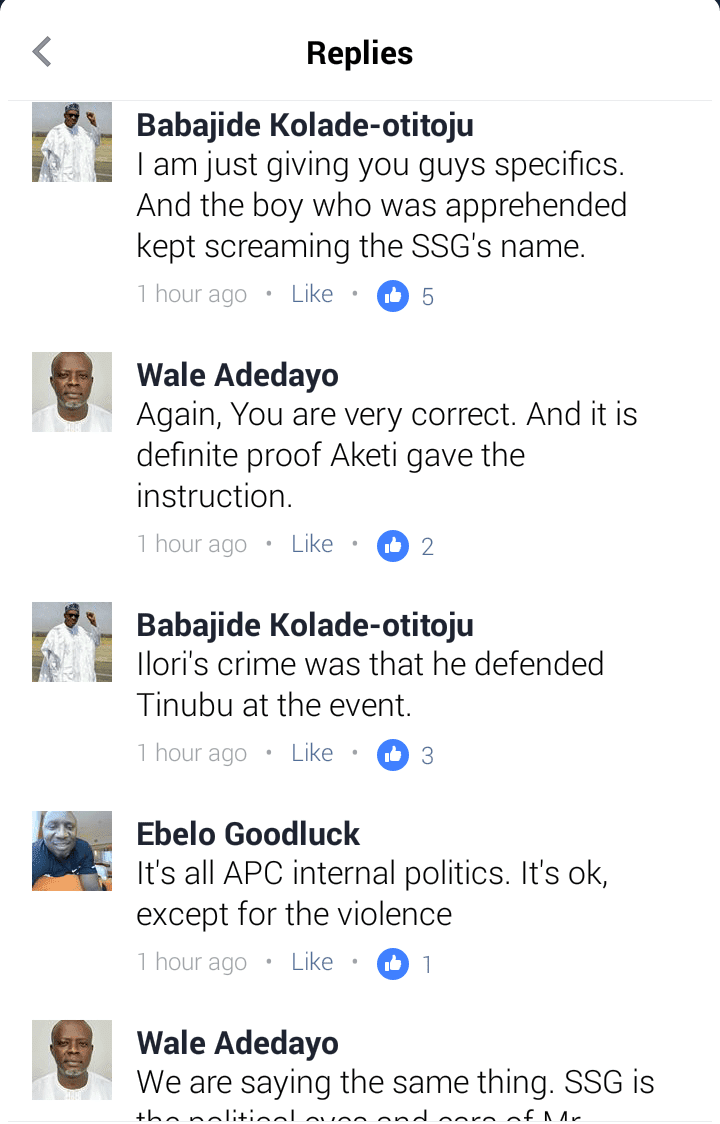 The mention or the defense of the name of the celebrated national leader of the APC, in the person of Asiwaju Bola Ahmed Tinubu, the Jagaban of Borgu in Ondo State from what occurred yesterday, Thursday, September 21, 2017 in Ondo state might have become a no go area, a name that grates the supporters of the Ondo State Governor in such a negative way, that it would bring on such who would do otherwise, opprobrium and by extension the beatings of their lives, at least Commissioner Bola Ilori, had to find that out in a hard way just yesterday.

The curious thing is that it is the same party, the APC that’s in charge in the state and not even the opposition!

One would have thought that after the hard fought Ondo election that brought in Mr. Rotimi Akeredolu SAN, also known as “Aketi” to power, bygones would have become bygones and since it’s one same political party, everyone would have come back together as one blood, one family forgetting the past and moving on, but alas that as not been the case. At least showing by the event of yesterday.

Bola Ilori as the Commissioner for Regional Integration in Osun State under the current administration of Ogbeni Rauf Aregbesola, was at the Ondo State capital as a representative of Osun State for an event, the zonal meeting of the APC, which held at the International Event Center. As he made to answer some interviews the political thugs came hard on him, the result of which was embarrassment and disgrace.

According to him, thugs under the authority of a close ally of the Governor in the person of the SSG, let lose mayhem and chaos on the Commissioner, beating him blue-black and tearing his outfit and even underwear to shreds! In an action being interpreted as not just a way to totally disgrace the Commissioner, but also indirectly sending a veiled message to his bosses, in the persons of Ogbeni Rauf Aregbesola and ASIWAJU BOLA AHMED TINUBU that their influence holds no water whatsoever in Ondo State.

Some people are already tagging the despicable and disgraceful action as the “voice of Jacob and the hand of Esau kind of thing. Bola Ilori and Bola Ahmed Tinubu and co were said to have worked very hard against the emergence of Akeredolu as the APC candidate months back, so now that against all odds Aketi emerged and even went on to win and become the Executive Governor of Ondo State, this is now pay back time.

So all traducers beware, Ondo State takes no prisoners!!!!