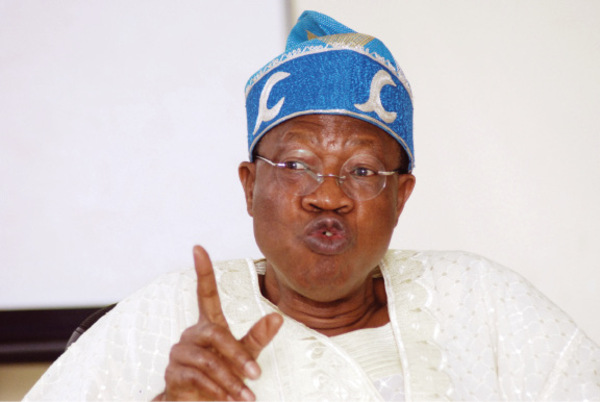 Uncle Lai Mohammed, the current Minister for Information & Culture is someone we greatly love and respect, the trained lawyer and former spokesperson (publicity secretary) for the APC is one man that knows his onions and knows how to do very well any job given to him. The opposition party PDP and Goodluck Jonathan administration would never forget him in a hurry.
Part of the reason being the way he annihilated and obliterated the oppostion, with consistent and persistent unsavoury play on information, which always seem to wrong-foot that past adminstration and therefore making them then always needing to defend just about everything, including unnecessary and irrelevant gestures.
It is this same method then that the opposition have since adopted and are now using against him and his own party and administration. In recent times we have come to hear the general populace calling Oga Lai so many unsavoury names, chief of which is calling him a LIAR playing on the way his name “Lai sounds like Lie”.
The most recent thing he has had to contend with now, is the very recent call or should we say outburst when he claimed that the UK Government was contacted or made aware in the battle against the now proscribed IPOB. Specifically he was claimed to have said the UK government refused to help stop the unsavoury “Radio Biafra” broadcasts that was coming out from the UK, claiming the rights to free speech. A claim the UK government are said to have poo-pooed since, claiming total ignorance of such.
Just as that accusation was made against the UK government and refuted, another claim was made somewhat against the French government too, this time bordering on the fact that the bulk of the finances of IPOB comes from France, a claim that the French have since vehemently denied too.
TagsAPC Spokesperson French government HAPPENSTANCE IPOB Lai Mohammed Lie MAESTRO's MEDIA Minister for Information Radio Biafra SOCIETY AND LIFESTYLE UK

OONI OF IFE SEEMS TO HAVE PICKED A SIDE IN THE BATTLE BETWEEN OLUBADAN VS. AJIMOBI
EX-OLORI WURAOLA OGUNWUSI ON THE REBOUND. CASTING THE PAST INTO THE GUTTERS
Comment