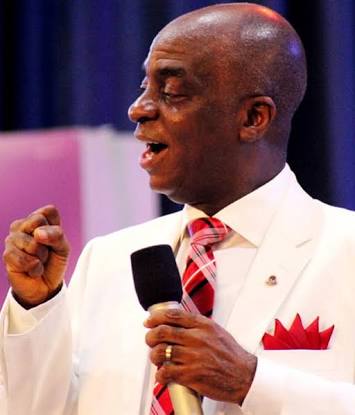 Contrary to the very dire prophesies that some other so called “Men of God” have visited upon our sensibilities, that there is the likelihood of disintegration of Nigeria. One actually said the nation would likely break up into 5 parts sometime in the future.

The Presiding Bishop of the Living Faith Church Worldwide Aka “Winners Chapel”, Bishop ‘Dr’ David Oyedepo, who incidentally is one of Nigeria’s wealthiest and most influential Pastors has declared that despite the current predicaments or situation or whatever it is the nation is currently experiencing, it shall not disintegrate.

Coming from the very well respected cleric with an humongous followership, who is also a well known and well acknowledged son in the Lord of Pastor Enoch Adeboye of the RCCG, who between them both must have the highest numbers of congregants in Nigeria and by extension Africa and very likely the world, it must surely have brought about a sigh of relief from everyone.

He made the declaration of the “no disintegration” via a satellite broadcast on Monday, October 1, 2017 in his own address (prayers for the nation) marking the country’s National Day also referred to as our day of Independence.

He went further to declare that, “Nigeria shall not see war”. “There will be no bloodshed in the country”. He declared further that “Nigeria would rise again to Glory”.

No agent of the devil would cause problems for the country.

What a major relief at such a very trying time, when some others would just love to ignite unneccesary fire.