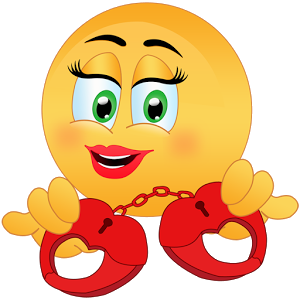 Talk about the zenith or is it the peak of irresponsibility and this billionaire personality describes or totally defines it.

Imagine that the one turning his head topsy-turvy right now and making his heart to flutter near incontrollably is the one and only, socialite par excellence, social media queen par excellence, new author of note and style maven, the young and the restless TM.

The 70 plus years old owner of P.O.O and is of Yoruba extraction with both names having the 6th alphabets as his initials. This dude runs a oil company and his brand employs hundreds of staffs, we all know that the oil and gas brands only many months ago were the ones in charge of the economy. In fact he owns an oil bloc.

Our old lover loves to feel very young at heart, so the reason for this his new heartthrob, that he is very willing to go to the moon and the stars for. While we like to blame the likes of Jyoti and Kiran because they are foreigners who came to collect their own part of the flowing largesse (golden fleece if we may call it that), we forget the fact that we have our very own home breed same same, who are just like them in every sense of the word.

Our chairman is alleged to be a chronic debtor, owing just one bank alone at least ₦180 billion plus. Apart from that known fact, he also owes his staff members upwards of 6 months salaries, which is a massive shame to say the least.

His house in Ikoyi is as humongous as they come and it is said to be the biggest on the billionaire’s row, next to 2 other billionaires like himself.

Much as he is owing debts up and down (upandan), he doesn’t joke neither does he play with the needs of TM at all. In fact legend has it that in the battle between our current chairman and TM’s former ATM, it was this current champion that won the prizes asset. Two things accounted for why the other dude left, one he doesn’t like to share at all for any reason and two, when he found out it was grandpappy he was in competition with, he felt slighted and just left. So from one big boy deep pocket to another deep pocket.

TM drives around in a brand spanking new RR courtesy of her ATMs, but according to the gist, she’s responding to her own inspired competition with another who used to be in the same circle as herself in the days of Awolowo Road, Ikoyi at B owned by L.P.

TM herself apparently wants to control things like FF the lady who loves Olivia Pope, who not too long ago dropped her bambino. FF is not a small fry at all oooo, totally on top of the food chain and off the hook in terms of the money at her disposal.

Can one just imagine what it is like to be the jewel of inestimable value of a billionaire’s heart? No wonder the Guccis, Louboutins, Bottegas, Chanel, Louis Vuitton, Hermes et al, are all just mere names now on the list for the impressionable young lass, who counts Selfridges and Harrods as a must visit now, whenever she drops in, in London via her Business class or First class flights.

We too go love ooooooo……

BISHOP DAVID OYEDEPO DECLARES THAT NIGERIA WOULD NOT DISINTEGRATE
THE NEW FACE OF HAWKING. FEMALES SELLING THEIR WARES HAS GONE CEREBRAL NOW
Comment