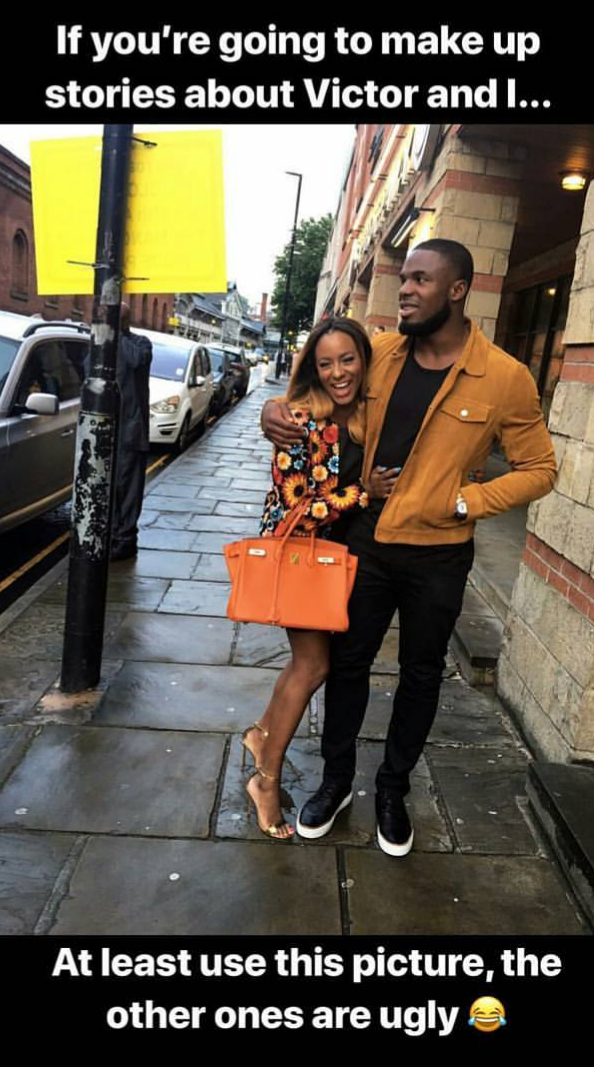 Pictures they say speaks thousands of words, without necessarily trying to conjure up words together.

So when rumour mongers recently went to town claiming the love match between these 2 love birds, DJ CUPPY (Florence Ifeoluwa Otedola), that’s billionaire Femi Otedola’s 2nd daughter, who is a “celebrity deejay” and “ace UK Championship footballer” Victor Anichebe had summarily hit the rock, they somehow felt they had to respond, though it wasn’t needed.

Infact in doing the story of the break up, it was alleged that Cuppy had since moved on into the arms of Mr. Eazy, who is Temi’s love match, a total laugh, as the music crooner couldn’t have been dating 2 sisters!!!!

So in what can be termed or tagged as a classic “clap back” to their naysayers, Cuppy and Victor both released the picture far above on Instagram.