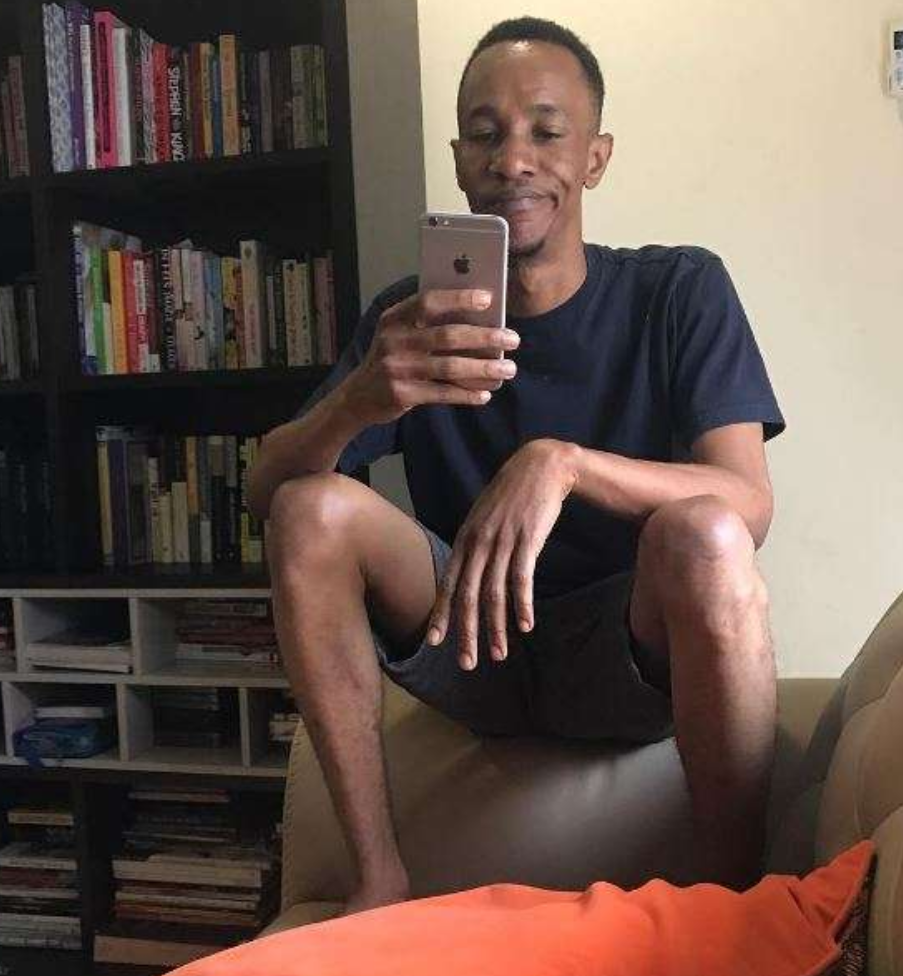 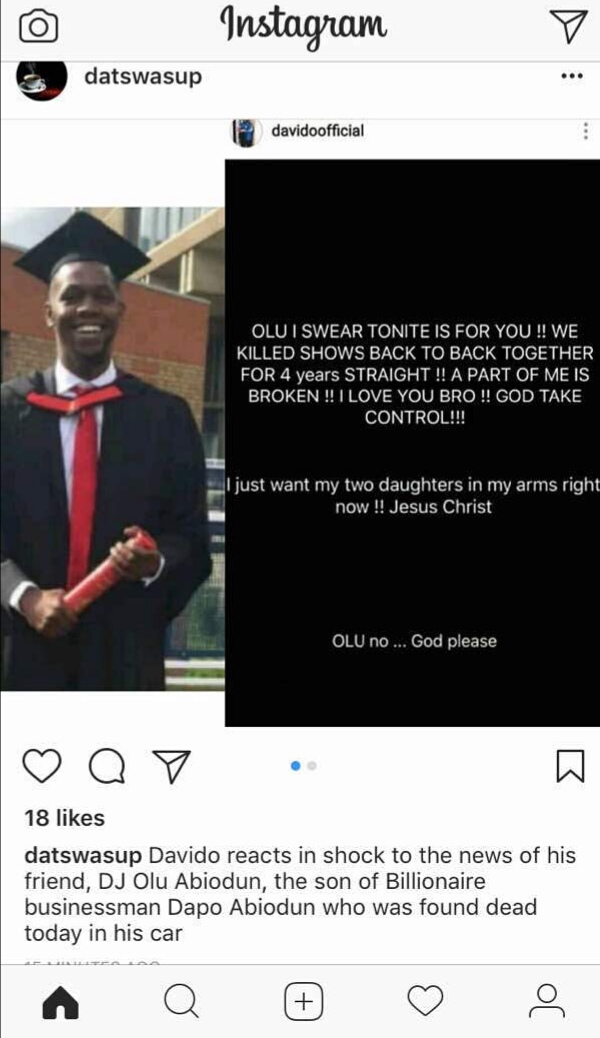 Three (3) young men supposedly at the prime of their lives have passed on “accidentally” in circumstances that’s rather baffling in just under a week! Truth be told that’s scary!

Imagine that the 3 of them were found dead inside cars!

First was Tagbo who was Davido’s close buddy and part of his entourage for an outing that had gone out for merry making just a day prior to his birthday…… But dude never got back home alive to celebrate the happy event. His death in a car after a supposed “drink binge” is still a subject of investigation as we speak. We are all eagerly awaiting the autopsy as we speak to ascertain cause of death!

Now just yesterday alone, 2 other young men namely Olugbemiga Abiodun and his friend, Chime were supposedly found in their car dead also! Is that a coincidence or what? If we claim it’s a coincidence, what sort of coincidence is that?

We are very sad and that’s the reason for this outburst. There’s a need for those who should do to read between the lines and investigate properly ans thoroughly! Is it that there’s a drink that these guys have drunk innocently that might have been spiked or is there far more to it than we know or think? Is there anything being sold innocently to people that’s either expired or contaminated or jinxed or that’s causing a deadly reaction?

We are not totally oblivious of the fact that it’s a very sad period and that one is supposed to allow people to quietly mourn their dead, but seriously also, let’s look at the other side of it too, if there’s something sinister about these deaths and that can be discovered early, it might also prevent further deaths and sorrow and unnecessary anguish too.

So like it is said “A stitch in time saves nine”, it is also rightly said that, “Prevention is better than cure”, cure in this situation can be untimely, preventable death! Those that have died can no more be helped, but those still alive that can indulge can be SAVED!

For many who might find this a bit sensitive especially at this time, always remember this- “Truth most often is unpalatable, that’s what it means that it is bitter”, it’s not what people want to hear, but it is something that’s good for them. So let’s shout out now, so we can help ourselves. Before our future leaders would be greatly decimated and reduced. Better to be truthful not minding whose ox is gored, than to shut up and regret for life!

Our sincere condolence to all the families and friends of the dearly departed ones. May you all find succour at this terrible time.