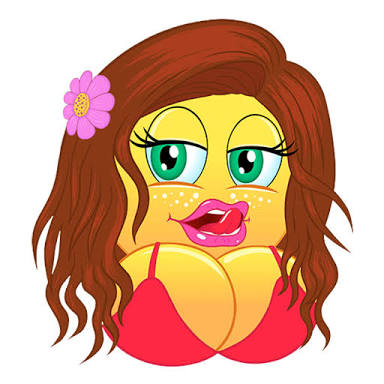 We know that the first thing many would do is to exclaim in shock! Pretending not to know that filming pornography is gradually becoming a big time business in Nigeria.

The pretentious religious amongst us would also exclaim in shock and disgust- Abasi Mbok! Finishing that with ” this world is surely coming to an end!”

Yes it is shocking, but the truth is that “filming people engaged in the ‘act’ for pleasure and then getting paid for it, is gradually becoming a thriving business and young girls are brazenly taking it up as just another way to earn money for a living as if it’s another day’s job, what the hell!

Before now, what used to be the norm is that young girls are tricked into filming such acts without their consent before it would later become public property. So boyfriends and men, girlfriends etc would record themselves and then one part would go release such videos for fun or out of spite.

Now it has gone to another level totally, all the participants are in the know from the get-go that the live recording is being filmed to go out directly to the public. So they are all participating willingly and would be paid for their actions.

To participate per show is at a cost and follows certain modalities. Firstly there is an attempt at some “shabby scripting”, which is most often dead on arrival and then the main game goes on live! One of the major unrepentant and unminding advocate, who doesn’t care whose ox is gored is a young Yoruba dude who is said to be in his 20s.

To allow your face to show uncovered in the recordings attracts more money, the participant gets between ₦50000 to ₦70000 per show. It’s very rare that it would pass ₦70000 and if it does, then something far much more might be expected.

If you still want to participate but with face covered, either with a mask or some other way of hiding the identity, then the payment is a lot less from between ₦20000 to ₦35000 depending on the person’s bargaining power.

So what the above translates to is that, those who engage in these acts apart from doing what they love to do a whole lot are now getting paid for it!

But truth be told, what price can one be paid for losing one’s dignity so easily and we are not even trying to be puritanical here. So just imagine an act ordain by the creator to be done in very dignified mode and setting but that has now become some form of spectacle. Just for the fun of it!!!

KACHIKWU VS. BARU. THAT SUPPOSED FEUD MIGHT HAVE JUST BEEN “A STORM IN THE TEACUP” AFTER ALL!
AFTERMATH OF EXPOSE TM’S NEW VERY LUCRATIVE JOB AT FF’S OIL COMPANY IN JEOPARDY!!!
Comment