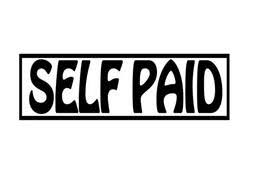 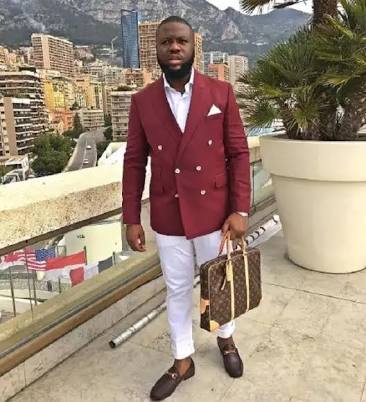 We complain that there is recession and truth be told the thing bites so terribly that to meet the basic needs nowadays can be through many ingenious ways and means, but while the majority are hard hit, some are balling or having the parties or fun of their lives spending money as if there’s no tomorrow!!!!

And when we say spending, we are not talking about local currency alone, we mean spending “hard currencies”-Dollars, Euros and Pounds and spending it like it’s just mere paper and nothing else.

A few months ago, the “king of the spendthrift” was a dude known to all as “Hushpuppi”. This dude, if we can refer to him as that took being vulgar to another level. The dude’s life is all about intimidating others outrightly, showing off his intimidating wardrobe to mad effect, designer labels, his shoes, clothes, wrist-watches, cars and what have you. The dude takes private jet trips just for fun, luxury cruises at a whim, visits all those places where money opens the doors wide like going to the bus stop. He goes to clubs, lounges etc and shuts down the place totally, running out others with his vulgar spending. You make the mistake big trying to match him, you are literally taken to the cleaners!

Then he comes on the social media and shows off all his actions without a goddamn care in the world. The dude doesn’t care how you view him or see him; he insults all comers with his actions and spending.

What is the source of his so called “Stupendous Wealth and somewhat unlimited wealth”? How much is he worth for him to have gone bananas with spending like he does? Who are his parents? How much did he inherit? Answers to these and more, nobody knows, but a large majority holds him in stupefied awe, while some are repulsed and totally disgusted by everything he stands for. But that has not stopped him though, dude sure has some form of thick skin, only that of recent he seems to have calmed down his antics a bit.

Now away from this “spendthrift” on to another of the utmost kind again. There’s the new “master of the game” in town now, the supposed “new king on the block”, who is simply known and referred to as “SELF-PAID”. We have even heard that K1 the ultimate is already singing his praises to high heavens.

This new dude according to the legend already spawned about him, is a bigger kettle of fish compared to Hushpuppi! This dude amongst his peers is being rated a legendary fellow, all because of his spending ability and nothing more. That he can spend money is like saying he drinks water!

OK let’s just give you all, only one scenario painted about him. He wanted to celebrate a few weeks ago, so he approached the dude known in Lagos Nigeria as the king of night clubs and made available ₦30 million for the party. So the event held and it was just for 2 hours atop the water on a boat and K1 the ultimate is said to have made ₦6, 000, 000, that’s Six million Naira only in under 2 hours from being sprayed alone!!!

Where is this river or sea or fountain that’s producing this unlimited flow of money, which is pouring like torrential rain that this dudes are getting there loads from? What kind of business are they doing that is so lucrative and that is bringing in such colossal and unlimited profit, that makes them spend like there’s no tomorrow?

Let’s feel you in about an event that just happened at the weekend, where many of these dudes were present and showed their mettle. It was a wedding, that we heard was between a IS based young dude apparently from the setting and the daughter of a market leader. We really don’t know their names, but the utter display of extravagance, exceeded what many had ever seen and stupified everyone. At least counting from the convoy that brought in the bride and the groom, we counted not less than 20 Mercedes Benz G Wagons all black, then about 2 white ones, a couple of top of the range, Range Rovers and then the cream of it all, the Bride and Groom arrived in that same convoy in a white Rolls Royce Phantom.

All the cars above were just for the train alone, the venue, which was  Landmark at Victoria Island extension was jam-packed with exotic cars of all kinds that can intimidate anyone. The drinks- Dom Perignon, Cristal etc served at this party were out of this world and they flowed like it was water and didn’t cost nothing. When it came to spraying money time, some of these boys were spraying bales of raw cash in hard currency and local currency!!!!

Just imagine that just 2 of these boys came in with ₦8.5 million Naira to spray!!! To tell you that these boys are not ordinary, imagine that a section of the party had girls nearly naked and some dancing naked, like it was a special strippers joint, right in front of everyone!!!!

These are the new boys in town, whose pedigree no one knows, whose antecedence no one can ascertain, the only thing going for them is that they seemingly have an inexhaustible sea or ocean of money in hard currency and they have the capacity to spend like their very lives depends on the vulgar spending! Just imagine someone of the caliber of K1 the ultimate going gaga and waxing stupendously lyrical as he sings the praises of these young boys, who are his kids age mates but can do what elders don’t dare do or go to where elders don’t dare go!

There was mad traffic on that day going towards Landmark, which was literally at a standstill, but to meet up, K1 was said to have taken an Okada (bike) to get to his destination, for us that’s what it means when liquid cash dictates the tune, when a legend would do all that’s possible to meet for the boys-boys.

DAVIDO FINALLY RESPONDS TO ALLEGATIONS AS PER TAGBO’S DEATH. HIS SIDE OF THE STORY!
FAYOSE WOULDN’T BE PRESIDENT COME 2017- PRIMATE ELIJAH AYODELE
Comment