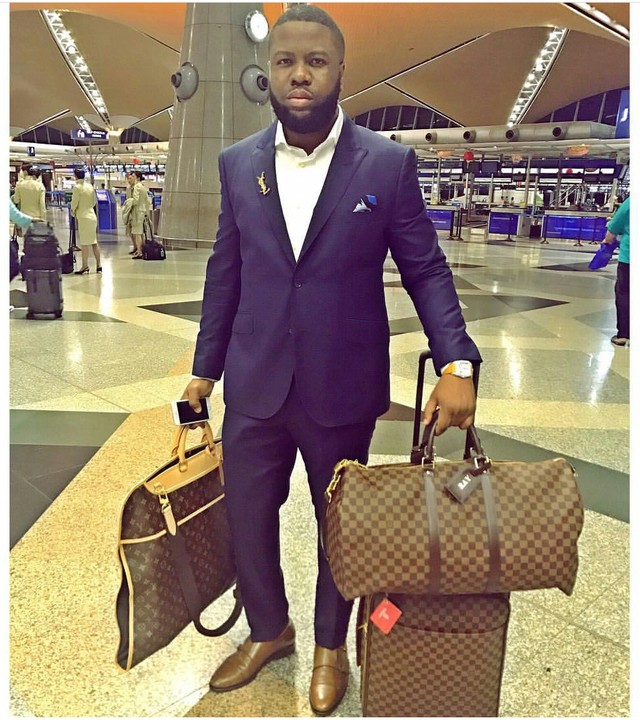 – He cannot dare enter Malaysia as we speak.

– He is currently hibernating in Dubai. Being there now for 3 months running.

– He sleeps on the couch at Mompha’s apartment in Deira, Dubai UAE.

– He has a large enemy base as we speak and has to be very careful.

– Many of those cars he is seen in belongs to others.

-He is a loud braggart and an attention seeking noise maker.

-He might have returned back to his anonymous cocoon until another ‘hit’ happens. Which could be anytime.

– Apparently all those large bills incurred at a famous Lagos Lounge and Club is a package between Club and him, to project him bigger than he actually is and also to help connect to his supposedly large Instagram followership.

He has had his 5 to 10 minutes of fame and madness while it all lasted. He took the social media by storm showing off with so much abandon and aplomb that many were just too curious, wondering about who the dad or mom of this loud braggart was?

He had the somewhat annoying habit of posing inside one designers store or the other especially the Gucci store, which literally became his 2nd home, claiming to be on a buying binge. In fact at a point he began to make the brand look very cheap.

Imagine that those who should know and whose lifestyle it is to wear these stuffs or carry things by this brand, exclaimed that “how much truly is Gucci?” Is it not the same brand that does 50% sales? Can you even compare Gucci to Hermes and some other brands? For those who understands very well, what that actually means or just says is that despite all the flaunting and fronting, Hushpuppi was just actually a cheap braggart.

That’s not all, from the little we have just found out. It is said that some of those machines, wonders on wheels and super cars that the dude took pictures in like the Rolls Royce and Lamborghini are actually owned by another, a Dubai based Nigerian businessman whose common name is Osama, but whose real name is actually Rilwan.

Osama was actually one of the owners of the biggest and number 1 African lifestyle lounge and restaurant in Dubai, by name Kiza then, before it shut down. Osama is into money business and has investments in Dubai and he is big boy many times over.  According to the actual gist, Hushpuppi doesn’t actually know Osama one-on-one, but he knows a close associate of Osama by name Mompha who is based also in Dubai. It was via Mompha-Ismaila who is also into money business, that he had access to Osama and his cars.

To even break the real bubble itself, it is said that Hushpuppi cannot dare enter Malay that’s Malaysia anymore as we speak. When he left Lagos about 3 months ago, it was straight to Dubai, the UAE and not Malaysia his former base. He has been in Deira, Dubai where he has been staying for the past 3 months sleeping on the “couch” at Mompha’s apartment who is married.

Except maybe things have changed of very recent, the couch is most definitely still his abode. He has stepped on very many people’s toes, so he has enemies all over especially in Malaysia.

Forget many of those immense display of unbelievable wealth, all that you see is not all like it is. It’s not as if Hushpuppi is totally broke ooooo, he has at least his white Range Rover in Lagos. He owns no house.

Amongst the real deal he is seen as just a noisemaker even bringing unnecessary attention their way.

Hear what one actually said about him, Hushpuppi is a small fry and a noisemaker when the boys with the real money are talking he keeps quiet.