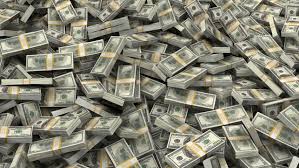 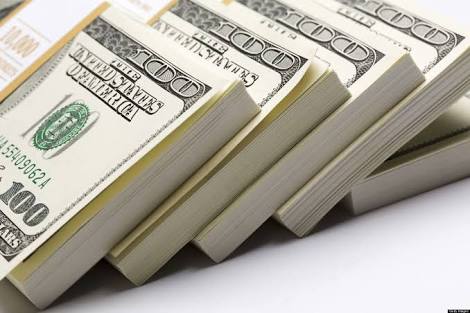 There was first the “419 wave, which is another code for saying obtaining by “falsehood or pretence”, which earned the practitioners- who were many celebrated people loads of money, even a colossal amount if we can say that. The top hierarchy of those involved in the trick, even at a point became celebrated figures and celebrities, driving the very latest cars and building humongous edifices, their legend was sung by many of our top musicians, who even went on to wax albums in their names, giving them titles like- the moon that shines on all and many more.

Indirectly, they became inspiration to certain types of people and why wouldn’t they be? Especially when same type of tricks were being used legally by those working in Government parastatals who were becoming multi-millionaires just for working for Government and were using their pens as weapons of theft!

Gradually the 419 thing assumed another dimension and gradually Yahoo-yahoo mode of operation reared its head up and became the in-thing! The same type of operations now assuming a new name, but it’s the same principle that ran through it, same idea to just simply hoodwink the greedy and the gullible and wipe them out of their funds. The minute you have an “ounce of greed” in you, then you can be easily activated, making you already a sucker (Mugu/Maga) waiting and ready to be taken or gotten and if care or restraint is not applied, the Maga would be completely taken to the cleaners, there’s no pity here ooooo!

More after the break

What we have even heard that is the motivation behind this movement is strange! That the “whites” years back, came and stole from us, what rightly belonged to us, and that now we are taking back our heritage!

The Yahoo boys really had a field day, it was like the world belonged to them and they went all out on the offensive. You’ll see young boys and men, without any concrete source of living to back up or really support their new ill gotten wealths, driving around in monster cars, moving into massive apartments, spending money like there was no tomorrow, carrying around awesome looking girls who would also go about wearing next to nothing to razzle dazzle all and sundry.

You needed to see the competition to outspend and intimidate each other that many of these kids engage in. Some of these duels became the legend by which some became known! They go to popular joints and order things and pay for the whole house, just to announce themselves. They compete on who can spend the most in a night.

So the EFCC and Police seemingly went on the offensive and went after the perpetrators of the crime, and we seemingly thought there was a lull, so some went undercover for a  while, while others simply  found alternatives by travelling out to neighbouring countries to continue their jobs, some even went abroad. But alas! These boys only went inside to rethink and to evolve on to another higher more blatant and stupefying levels.

The next that came to our consciousness was now tagged “Yahoo Plus”. This one is where the normal tricks of hoodwinking got mixed with diabolical means. Boys went many steps further now and deeper. Combining Voodoo (juju) with tricks of their trade, according to the gist some even began to engage in rituals to fortify themselves and to make money. We heard that it was because of this new mode of operation that there is the upsurge in rituals and killings. Some have even said that the “Badoo menace” that rose up terribly at a point was also part of the shortfall of this new desperation!

Then again while all that was going on, the boys began again to evolve further and became more advanced and brazen, going more scientific/technical in their approach, embracing technology. They became attracted to computer technology and the use of the internet like fish to water. And then we began to hear of “Malay, Malaysia and boys began to storm and troop to that Asian country”.

The upsurge was extraordinary! Twas like people’s very life depended on going there. To become the big deal, you just had to  go to Malaysia. What some first said was the new trick, was people harvesting other people’s organ to make money. But we were very skeptical about that, for we had thought how many kidneys or liver would you need to sell to become the big deal? Definitely it was far much more than that and a lot more technical and with more finesse!

So we dug deeper and this is what we found out about the Malaysian cartel/connect and the way of operation of this so called smart alecs.

Unlike what obtains in many European countries, in Malaysia, there’s “next to no restrictions whatsoever on banking activities there”. “There’s no limit to money transfer of whatever amount or value”. Many of these boys had become advanced “HACKERS” of the baddest kinds. Also these young ones are able to go to Malaysia, because it is much easier to get a “student visa to go to Malaysia”, while it is extremely hard for adults to get the normal visa. Not all of them work from Malaysia though, some still work from Lagos too.

How these kids were able to hone their awesome, unbelievable, nearly magical and dastardly skills no one can readily say! But the truth is that, “they are experts who can penetrate any type of firewalls and securities and break all types of codes and penetrate fat accounts”.

Once they have “hit the jackpot”, they would “transfer/wire” massive sums as much as is allowed to the accounts or through the accounts of “willing abokis” (conniving Northern Nigerian partners) who own different foreign accounts in Hong Kong, Singapore, Malaysia and local accounts around the world. Once the money hits those accounts the rest is history. The job is already done then. The arrangement between the hackers and the “abokis” comes to about 30% on the wired amount.

So once the “aboki” has taken their own share. The number of those involved in the deal would share what’s remaining on an agreed sharing formula.

One of the biggest boys in this business is a dude known as H-Money, who was recently jailed for 21 years! H-Money’s apartment in Malaysia before he was caught and jailed was at the cost of $12000 dollars a month (that was ₦4million plus monthly). That apartment was even featured in the music video of an Afro-Pop Nigerian star a while back.

Very recently according to the legend, a trio of young men in their 20s hit a jackpot in excess of $7 million dollars (that’s about ₦2billion plus), one of the boys is said to be based in Nigeria, another in Dubai and the last we can’t readily remember. To celebrate hitting this big amount which in Naira came to about ₦2 billion, the boys went on a shopping spree picking up a Ferrari here and a Lamborghini (Green) there.

For one of these trio, this was his 4th successful hit. And he is still yet to hit 30 years old!

DONALD DUKE & DEINDE FERNANDEZ SET TO UNITE IN HOLY MATRIMONY
ROCHAS OKOROCHA OF IMO STATE- HOW DOES ONE DESCRIBE A MAN TOTALLY DISCONNECTED FROM HIS OWN PEOPLE?
Comment