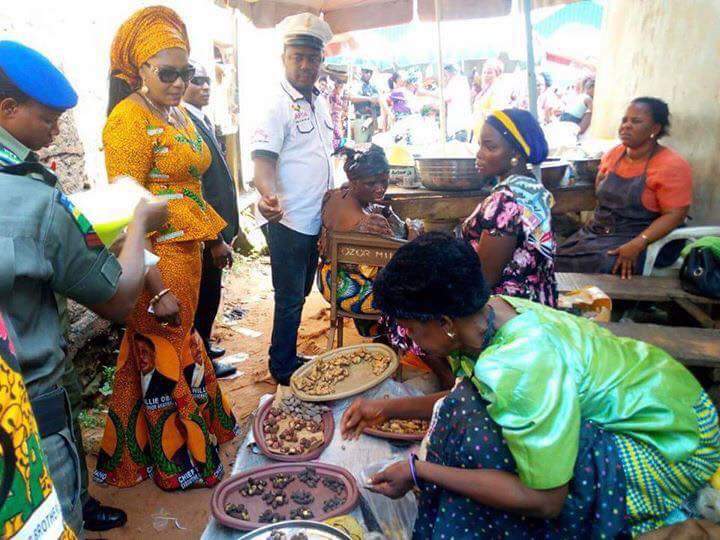 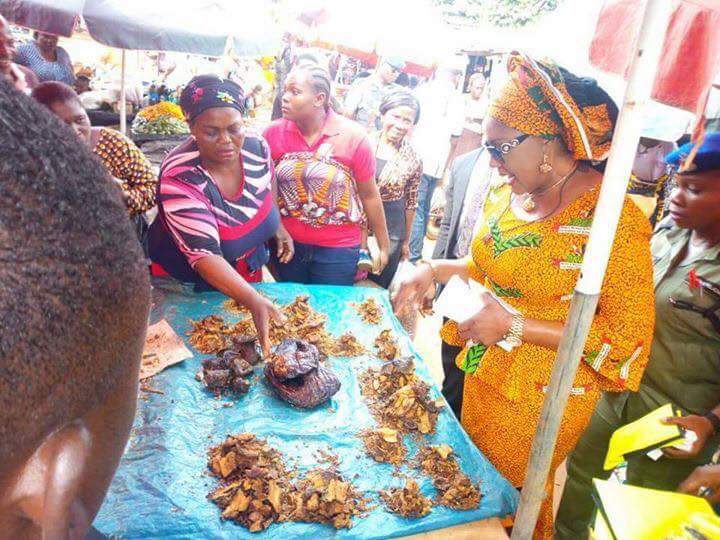 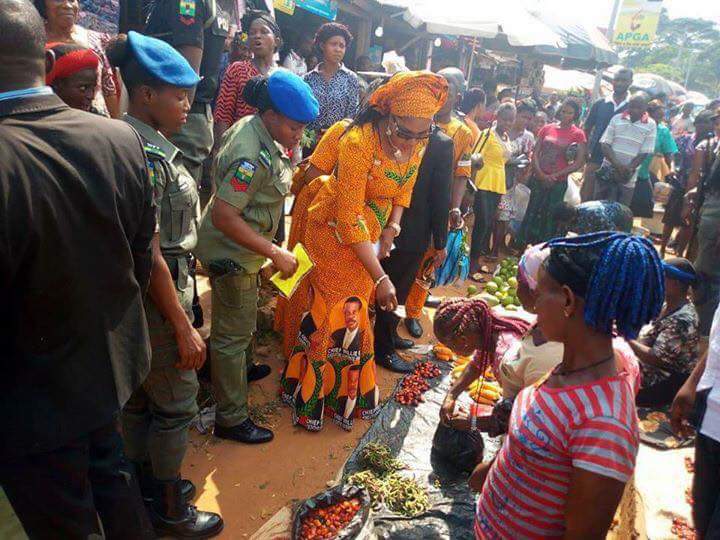 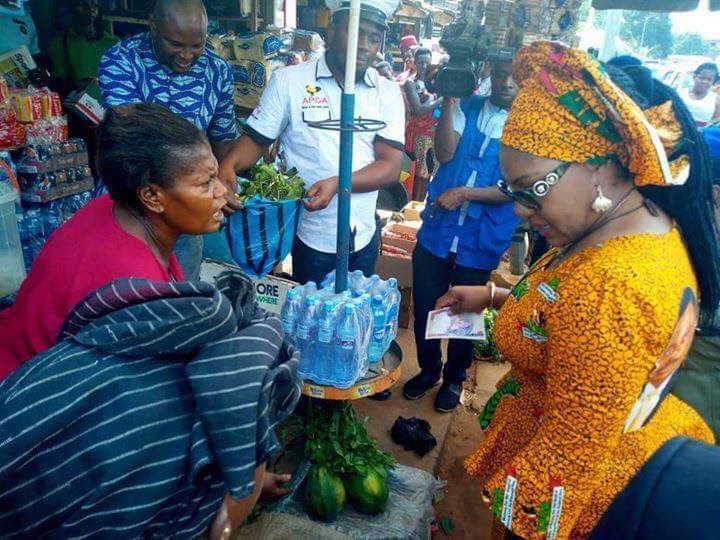 Like the old saying of the sages goes, “all is good or better still lawful in war”. That’s because this upcoming November 18, 2017 election in Anambra State of Nigeria is most definitely a war, to be fought on all front by all the candidates vying for the post of the Executive Governor of the state. All the combatants are not leaving anything to chance whatsoever, so every which way they can try to get people’s sympathy and vote is what they would do or even try.

One of those making sure that all the (i’s) are dotted and (t’s) crossed as per the election is the wife of the incumbent, in the person of Mrs. Ebele Obiano.

She’s been every where done that in the last many weeks. Imagine she’s had to ride on an Okada (commercial motorbike) very recently just to appear to blend with the people and experience what they do daily.

In furtherance of that same agenda which is to seem to be a part of the general populace, Madam took it further very recently as the pictures above speaks going to the market, with her full paraphernalia of office though, to buy “okporoko and things”, maybe to cook a delicious dish for his excellency, Chief Willie Obiano. If this was what she does normally, it would have been nice, but to be so pretentious in just a short while, just to garner votes smacks of fakery and acting! Has madam become a Nollywood star so suddenly?

Would this new gimmick help to sway the people their way? Hmmmmmm November 18, 2017 on the evening of that day when the results would have come out we would know for sure!

We are so sure that if the Governor retains his post for any reason, it would have nothing to do with the acts of madam though.

One other thing we would love to address is this thing about the “1st lady’s alleged quickness or propensity to daze anyone who angers her with a slap”, which has somewhat earned her the tag of the slap-slap lady!!!! Isn’t that allegation just a way to give a dog a bad name in order for one to be able to hang it? But if such an allegation is true, then it’s not a good one at all and that’s a negative mark on the Governor’s good marks, remember that 2 have become one! So both as one would be guilty of such a despicable attitude.