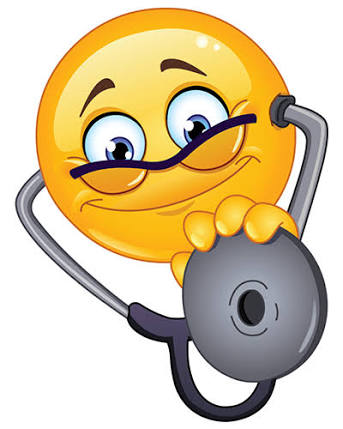 Dr. F is a philanderer extraordinaire of the topmost kind. He loves the game and the game itself loves him back with much aplomb! It is like his very life force depends on digging dip, the way we see it, if he doesn’t get down for a limited period of time, maybe he could just pass on! He and his group of friends are into the game and they play it well with outstanding dexterity. Maybe he is also majorly helped by his handsome face, good body, good name and money, loads of it we hear, dad in the middle belt is a major big boy.

Imagine that a couple of years ago, this dude and his friends brought in from America a former “playmate of the month”, during a now comatose fashion week that used to bring in people to Lagos from around the world, just for them to hang out. We even met the lady one on one then!

Apart the regular girls that are game for the game, many of which this married doctor has taken down without fanfare, he seems to love models to a fault, maybe because they are “cheap and cheerful”, and for next to nothing many of these girls are willing to hangout and have fun anyway, so needs not too much prompting.

Imagine just dining, clubbing, lounging with men that you see and read about normally as celebrities and stars, or that you get to read about as the movers and shakers of the society now having interest in you, even before you are told to remove the pant, you would have gone many miles down the track already. We have seen that Nigerian-American model- A, who competed in a popular American series being courted by Dr. F and friends before, there’s even an SA based model by name PP whose dad used to own an hotel in Ikeja years back, who enjoys the Doctor’s attention a lot. Young lady we hear, swings on both sides, which is another added advantage. Maybe the good Doc, just helps to merely check her innards quite often, to make sure all is well!

At most fashion shows and other major events, you are sure to see the good doctor, whose benevolence with his joystick or should we say rod of power, is of  the awesome kind, around somewhere in the crowd, always scanning so as to trap a new bushmeat.

Curiously like we have already stated above, Doc is/was married to a stunner of a wife, in fact a beauty of a lady- tall, nice body, gorgeous eyes, soft-spoken, who is very well mannered and who is very creative and went to that Great school located in Oyo State, known for academic excellence in Bodija. Oga we hear takes no nonsense from Madam and would deal with her summarily if she makes any unnecessary fuss, it’s the same way it has always gone.

Unconfirmed gist even have it that madam might have gone on a sabbatical at her parents home for now, due to many issues. If that be true, that’s like leaving the Doc on the prowl, Doc is a combo of a fox, lion, leopard and cheetah all in one and a major sharpshooter. Doc lives around KA on the island.

PLEASE NO FULL NAMES! Thanks in advance.