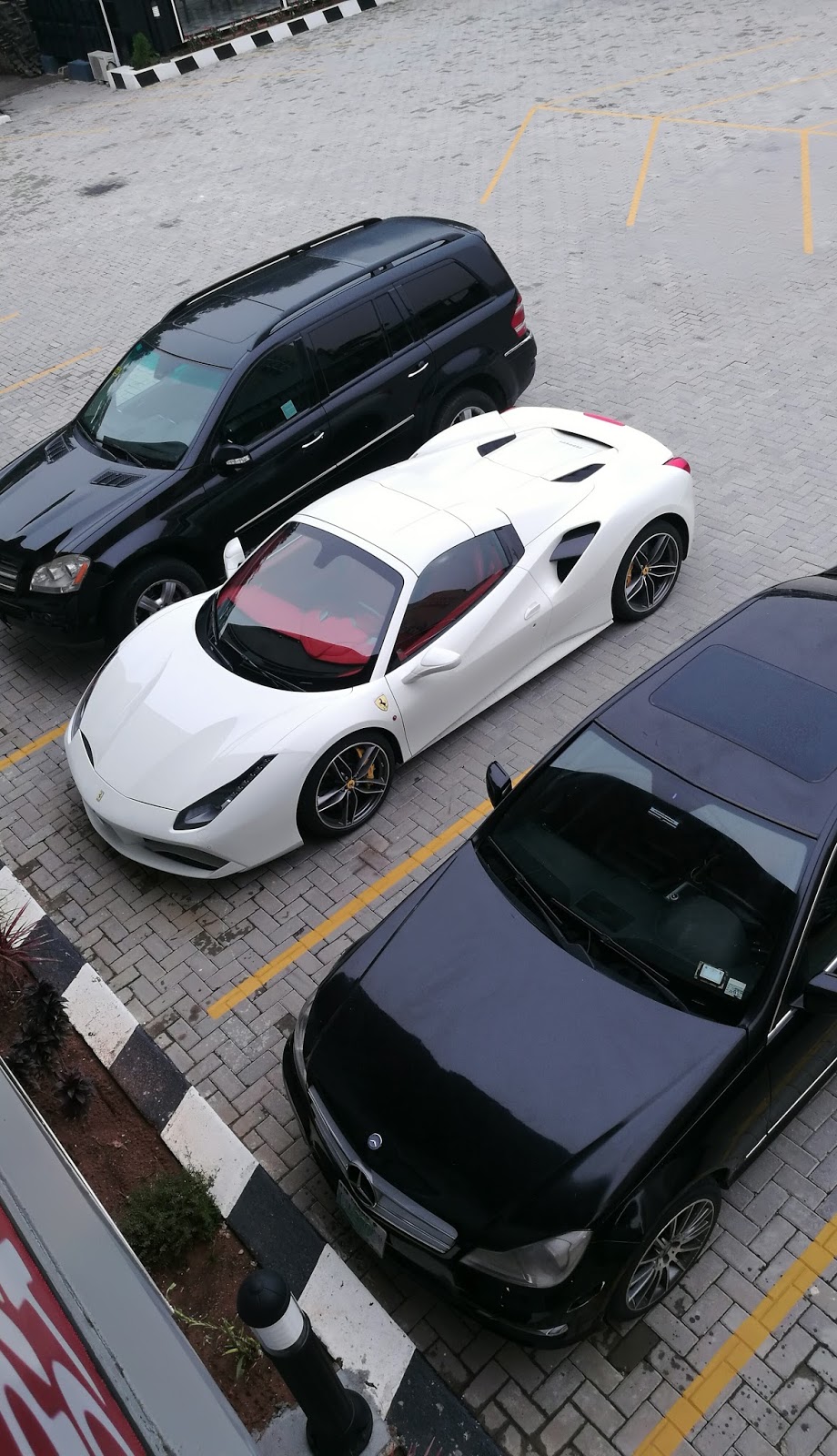 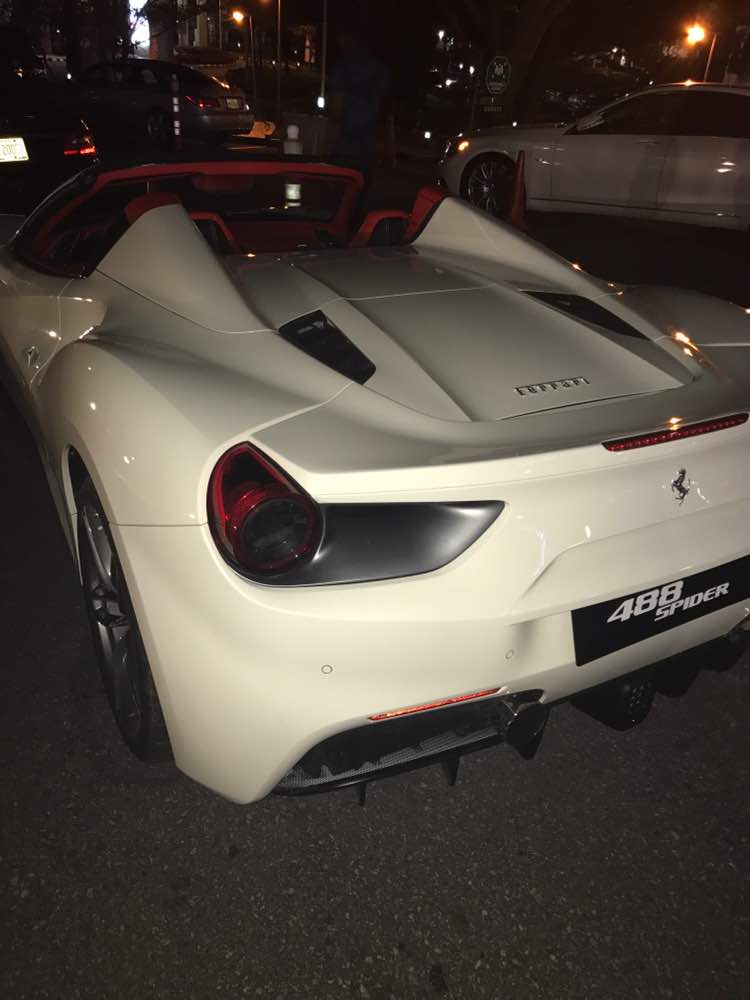 The street is still reeling from the news and hoopla this car has generated. Amongst the super rich young men, this particular young man just 27 at that has raised the benchmark to another level!

Instead of the regular the likes of Merc G Wagon, Range Rover, Bentley etc etc that his ilks normally prefers to show that they have arrived, he instead went after the different, the very unique and bought a brand spanking new 2017, white with awesome red upholstery and some other red accent, Ferrari 488 Spider!

Car was actually bought in the Middle East, while some have said it was purchased in Beirut, Lebanon more indications has it that it was gotten from Ferrari Dubai, UAE and payment was allegedly made from Nigeria. It wasn’t an installmental payment, but straight forward exchange. Car was ordered since May 2017 and arrived last month October.

Instead of the delay in shipping and all that, it was actually air-freighted aboard an Emirate flight into the country! At a total estimated cost of, which includes car purchase itself, air-freight, customs duty etc of ₦290 million Naira, that is Three hundred and Ten Million Naira only (that’s good money)!

By calculation if a man were to be earning a standard ₦500000 a month salary, the cost of the car would pay that person’s salary for 51 years and 8 months (that is 620 months salary).

Linny being the nickname of the young upwardly mobile dude, is a lover of exclusive machines, otherwise referred to as luxury cars, he also owns a white Mercedes Benz G63 G Wagon and a few others. There’s even the speculation that all things being equal, sometime soon again, he might be bringing in a brand spanking new Lamborghini, we don’t know yet which of the famous Lambs though, likely a Huracan or Aventador or Countach or Diablo or Elemento, we just don’t know yet. But the rumour is rife that one might be coming soon for the young investor/entrepreneur, who people claim is a quiet and unassuming dude.

Quiet and unassuming, but drives a Ferrari 488 Spider red on white?

OMOTOKE MAKINWA CLOCKS 33. AND CELEBRATES WITH A CLASSY SHINDIG!
BUGATTI CHIRON- STRICTLY FOR THE ‘MONEYBAG’ PETROL HEAD! ANY TAKERS?
Comment