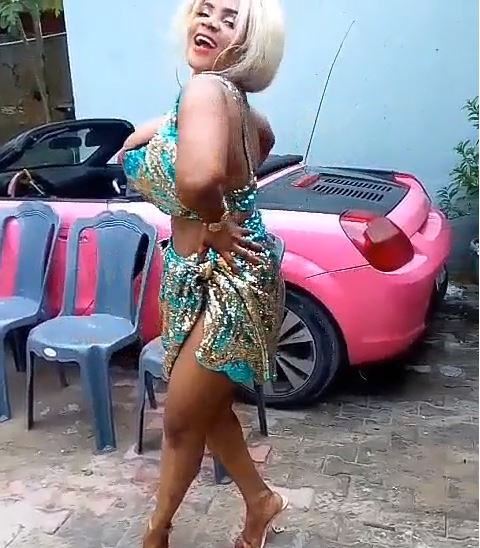 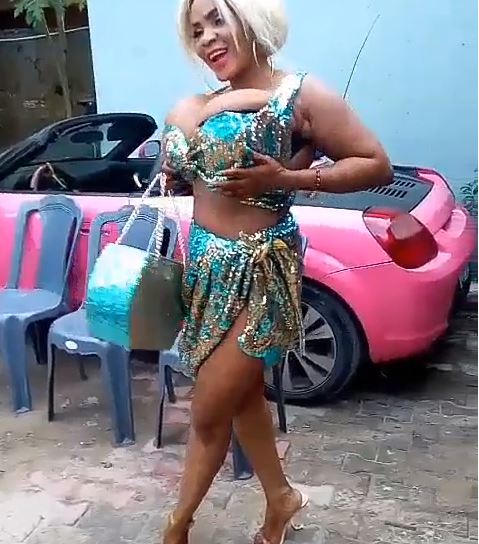 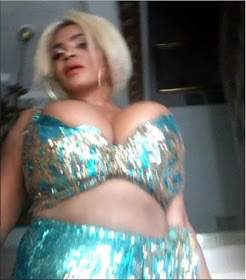 She has always being known to crave attention like a fish to water. She enjoys the attention so much. Her twin attacks (mammary glands), that she had nicknamed “Jane and Janet” gave her unbelievable “notoriety” and she exploited the opportunity to the max, reveling in it with much aplomb. Never afraid, never caring how she is viewed, hers is just all about the money that comes from the attention. Be a celeb and get paid from it! Gbam!

So from just her “earth defying bazookas” with the veins criss-crossing around it, the lady has thought to make her body more proportional to the mounds, by adding a backside that can match the front. So for COSSY “the boobs” ORJIAKOR, not all the attention would be focused on her “ManCHESTERS” alone again no more, but equal attention now would also fall or be focused on her rear, buttocks, backside, BUM-BUM or better still “AssSenal”.

Instead of her to just showcase the new release (bum) for free just like that, she has taught to package the showcase in her upcoming new video set for release soon. So all you her fans and admirers, be patient and wait for it. Knowing Cossy well, she wouldn’t disappoint at all.

The new bum was constructed at Grandville Medical and Laser Clinic, 6 Oyediran Street, Surulere. The facility, is an “international aesthetic plastic and reconstructive surgery center”, which prides itself as one of the best in West Africa and was established since June 1, 2013.

LATEST ON BOBRISKY’S ARREST! POLICE CLAIMS NOT TO HAVE ARRESTED HIM!
LIFE ON THE ROLL- BY EMPEROR AIGBOVBIOSE CONTEMPORARY PHOTOGRAPHIC ARTIST
Comment