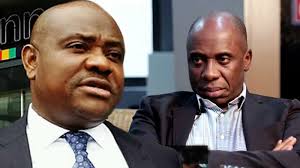 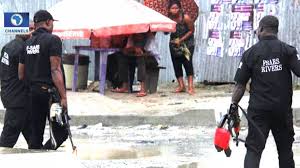 One was the former Governor and now a Minister of the Federal Government, an important minister at that, with a massive portfolio. The other is the incumbent Governor of the same State, Rivers State.

Both used to be friends, with the current Governor being a prodigy of the former until they fell out, both now in different parties and avowed sworn enemies.

The story of the clash between the 2, very recently again, which could have led to bloodshed, had both sides not employed restraint is one that has enjoyed so much buzz.

Why both leaders, elders, fathers and husbands, cannot sheathe their forever drawn swords and allow peace to reign baffles us? Is it that their wives cannot talk to them to stop the nonsense? Is it that the kids cannot tell their daddies off, that you both should go and rest? Are there not elders in town, who can talk to both parties?

What is it that both are fighting for in the first place or have been fighting for, that they are both bent on embarrassing, disgracing, annihilating, witch-hunting, eviscerating each other? What is this battle of egos all about? Or is it far more than meets the eye?

Okay one has lost, and one has won, 4 years is not eternity, and is about finishing and another opportunity to test your popularities would soon come again, why the need to threaten each other needlessly all the time?

And the bad aspect of the whole imbroglio, is that while nothing would happen to both Amaechi and Wike and their very close family members, as they are too high up there and too cocoon to be touched, it is some over eager idiots and fools in the name of sworn and die-hard supporters/fans and even security details that would stretch out their necks and same would be cut off without a care in the world! All of the nonsense only for them to be mourned for 5 minutes and thereafter they are forgotten!

Let’s even just try to imagine the ugly scenario, so what if one trigger happy security detail in the midst of the hoopla and rising temperature by mistake pulls the trigger, and everyone then responds!!!!!

Dear sirs, as adults, grown ups, leaders of the nation, those with responsibilities, and whom very much is expected of, there are developmental tasks expected of you both, that these unbridled energy and enthusiasm can be poured on. This foolish battle of egos, is just unneccesarily distracting from better things!