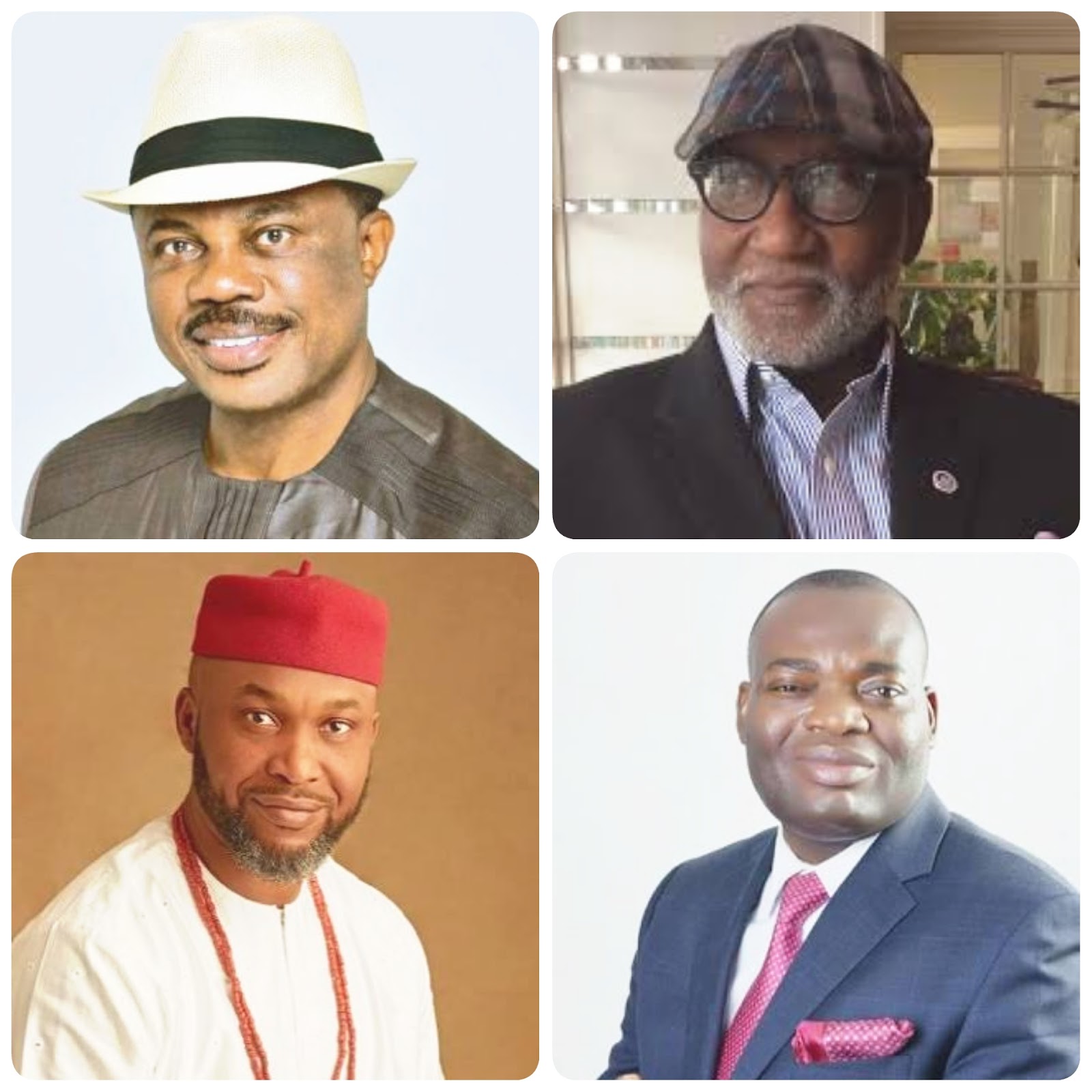 Just 3 more days to this election, which would be a litmus test for Nigeria, INEC, Police.

All the contestants are evenly matched so it seems, though the incumbent has a slight advantage in that he has shown already what he could do, so he can be accessed based on that, but that’s not all, he can also use the paraphernalia of office to push things his way, but would that work here? We don’t know for sure.

It’s a straight battle pitting Obiano vs Obaze vs Chidoka vs Nwoye, that is APGA vs PDP vs UPP vs APC! Some are already predicting a straight battle between OBIANO of APGA and OBAZE of PDP. The reason for Obaze they think is because of the Peter Obi factor; the Ex-Governor who has a marvelous record of achievements whilst he was Governor, is hell bent on removing his own prodigy, who years back he fought tooth and nail to install, but since both men fell out, they have become sworn enemies ready to totally dismantle and eviscerate each other. Also the somewhat newly resurrected PDP which was on the brink of extinction before, are bent on making a statement with this election, as they want to be able to boast and claim that they are back and again are the party to beat and follow!

What are the chances of Dr. Nwoye of APC? The grassroots mobiliser might find it a bit hard so they say and the reason people are hammering on is that, people don’t want to replicate Owelle Rochas Okorocha in Anambra State! But even at that, the Federal factor, which is the need to be in the main stream of things, just like Lagos now is, might just work wonders for him, apart from the federal factor though, Nwoye is an avowed, award winning grassroots, youth mobiliser par excellence and if he could work his magic right, he might just spring a major surprise.

On Sir Osita Chidoka, the former Minister and former boss of the FRSC, in recent times not very much has been heard about him, he seem to have gone deep, maybe not necessarily making too much noise, but doing what should be done underground. If preparation and articulation of ideas alone could just win an election, the former top PDP stalwart could have just walked leisurely in to the Awka Government house, but alas it’s far much more than that.

To make sure all goes well on the D-Day, especially to forestall any hanky-panky from IPOB and other elements bent on forming troubles, 26000 personel, 300 vehicles, 15 gunboats and 3 Helicopters have been mobilised to make security water tight. 3 Commissioners of Police, new to that terrain would also be on ground, in charge of each of the Senatorial zones to stifle any form of trouble of any kind. The incumbent Commissioner for Police in Anambra State, Garba Umar was withdrawn, while the ADC to the Governor and all other police personnel attached to private and public individuals were recalled to forestall their use for any hanky-panky by those they work for who they would have most definitely favoured above others. All of this actions were taken to enable a level playing field (ground) for all.

So who would carry the day? OBIANO? OBAZE? NWOYE? CHIDOKA?

MAESTRO’S MEDIA CRYSTAL BALL GAZING AS IT CONCERNS THE OONI IN 2018- SET TO MARRY ONE, TWO……..
CITIZENS ALERT. IT’S THE YULETIDE SEASON BE CAREFUL AND VERY SECURITY CONSCIOUS!
Comment