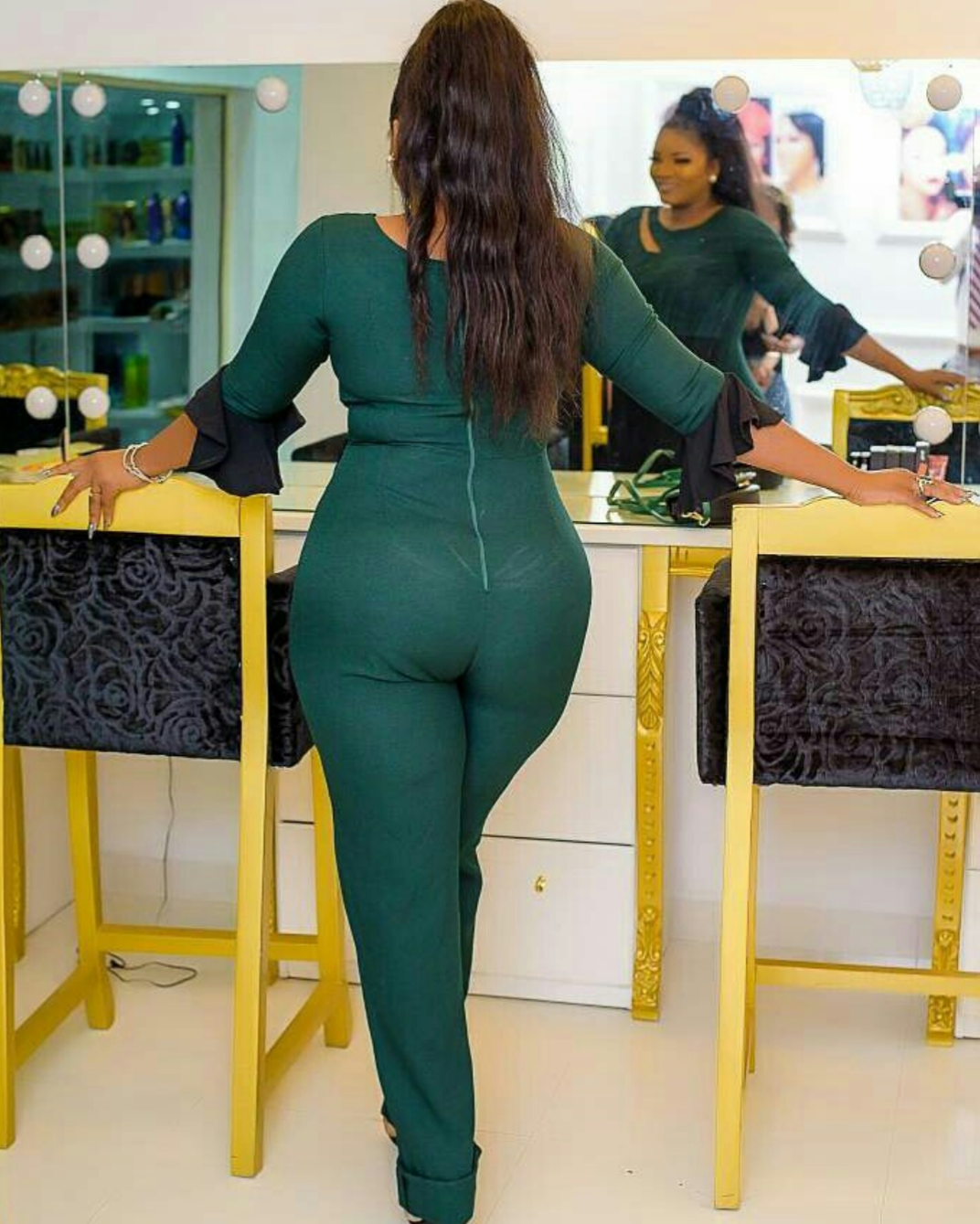 She’s probably one of the biggest brands in the Nollywood Industry and her weight (not body mass here) has been acknowledged even by the international press, who have acknowledged her to be one of Africa’s most recognised role interpreters.

The Nollywood heavyweight is a mother of 4 teens and she herself is close to 40. The delightsome lady has been married now for 22 awesome years, and that’s about nearly how many years also she has held us all in her good spell.

In the above picture, by that we mean the very 1st picture in her well tailored green outfit, just recently released by Omo-Sexy herself, she apparently thought we should have a view of another part of her awesome sexy structure, this time around her award winning back view (which immediately evokes that great hit by the incomparable Grace Jones- “Pull Up to my Bumper”, instead of the usual frontal assault we are already very used to, and like expected, the gorgeous pose amd poise has caused an internet meltdown of the awesome kind!

The incredible Omotola Jalade-Ekeinde aka Omo Sexy, is a “Bad Mama Jammer no doubt, anyday anytime, she’s most definitely our very own JLo, or what says you?