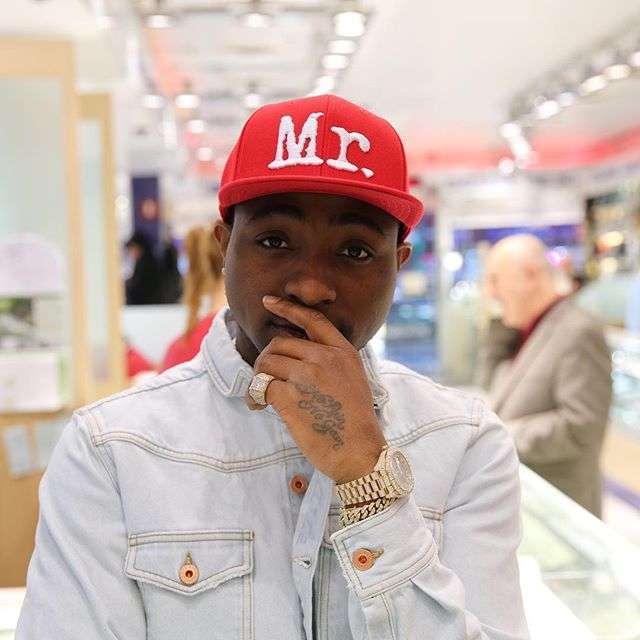 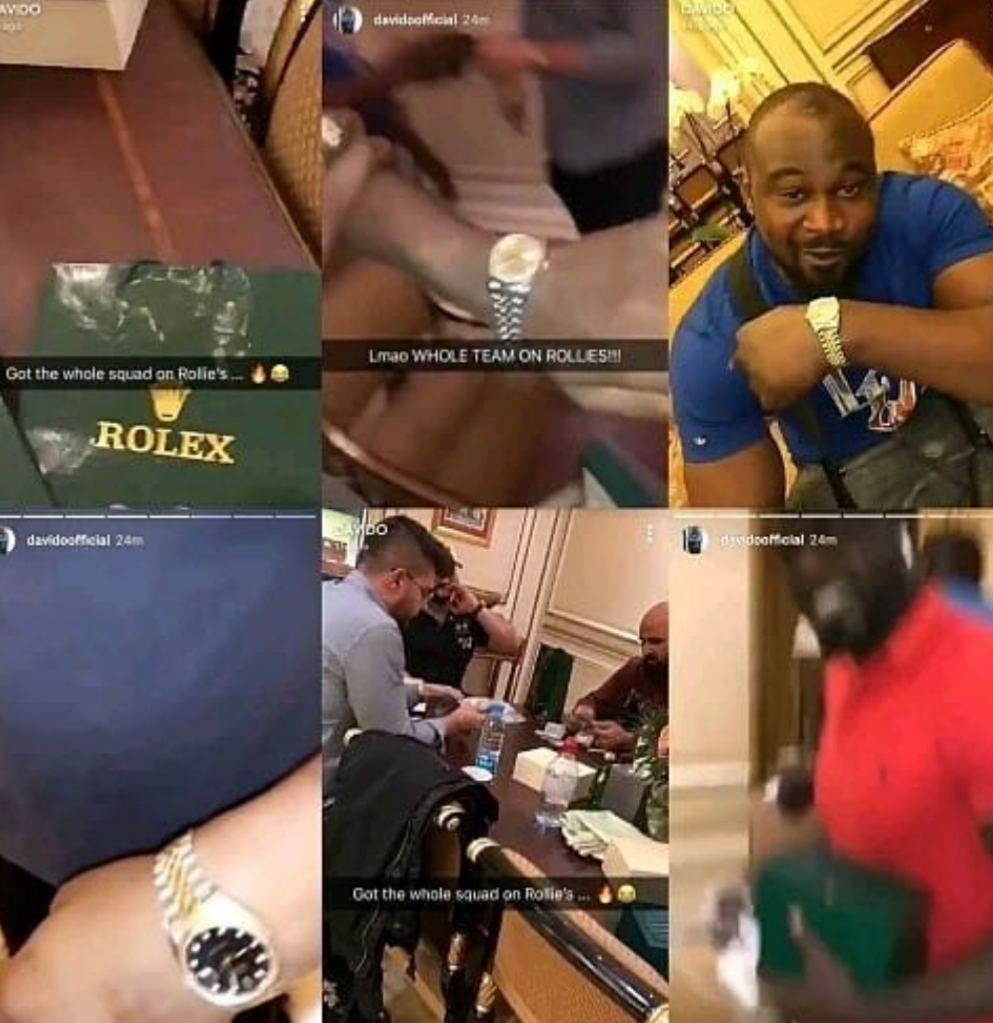 Boy oh boy, this dude ain’t chilling and from the looks of it, he doesn’t give a hoot how you see it or perceive him. The Omo Baba Olowo (OBO), which actually translates as “Child of a rich(wealthy)man” totally, crazily, unexpectedly, magnanimously, in a move that was set and packaged to most assuredly trend, gifted all his crew members Rolex watches, to mark his 25th!!!

Wow wow wow, Rolex? Yes Rolex! It was his 25th birthday and instead of him to receive the gifts, he by becoming the unprecedented Santa🎅 Claus decided to bring home Christmas/Boxing day earlier than normal. And his crew on receiving the gifts went gaga mad, turning the internet upside down in their excitement, apologies to Tuface Gaga Shuffle!

Maybe those gifts were (Davido) David Adeleke’s own way of showing appreciation to his crew and friends around him for always having his back at all times and also to just appreciate them, for you just don’t know! The dude all by himself, only recently had lost 4 of his friendsbin quick succession all in a matter of  days/weeks apart and we are too sure those untimely deaths of the young around him must have jolted him rather badly, so it’s better to show love and appreciation when you can and it would still make sense. Though we hear he has always been a very generous person to those around him, this time he took the legendary generosity a notch up, by including all his crew all at once.

The cheapest Rolex watch retails for about $6500 that’s ₦2.3 million plus per watch, so if that’s multiplied by nos of the crew, dude wouldn’t have spent less than ₦10million it going to ₦20 million if they are more.

So, happy belated birthday to Davido, keeping giving so that you can keep receiving too.