Your heart is my home……. 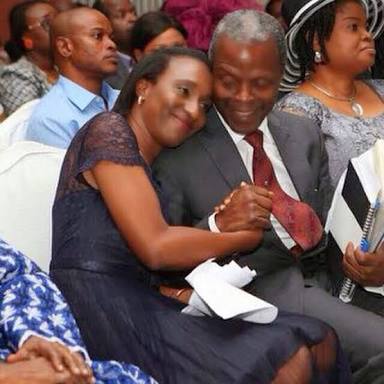 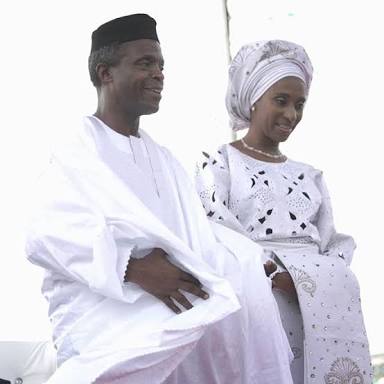 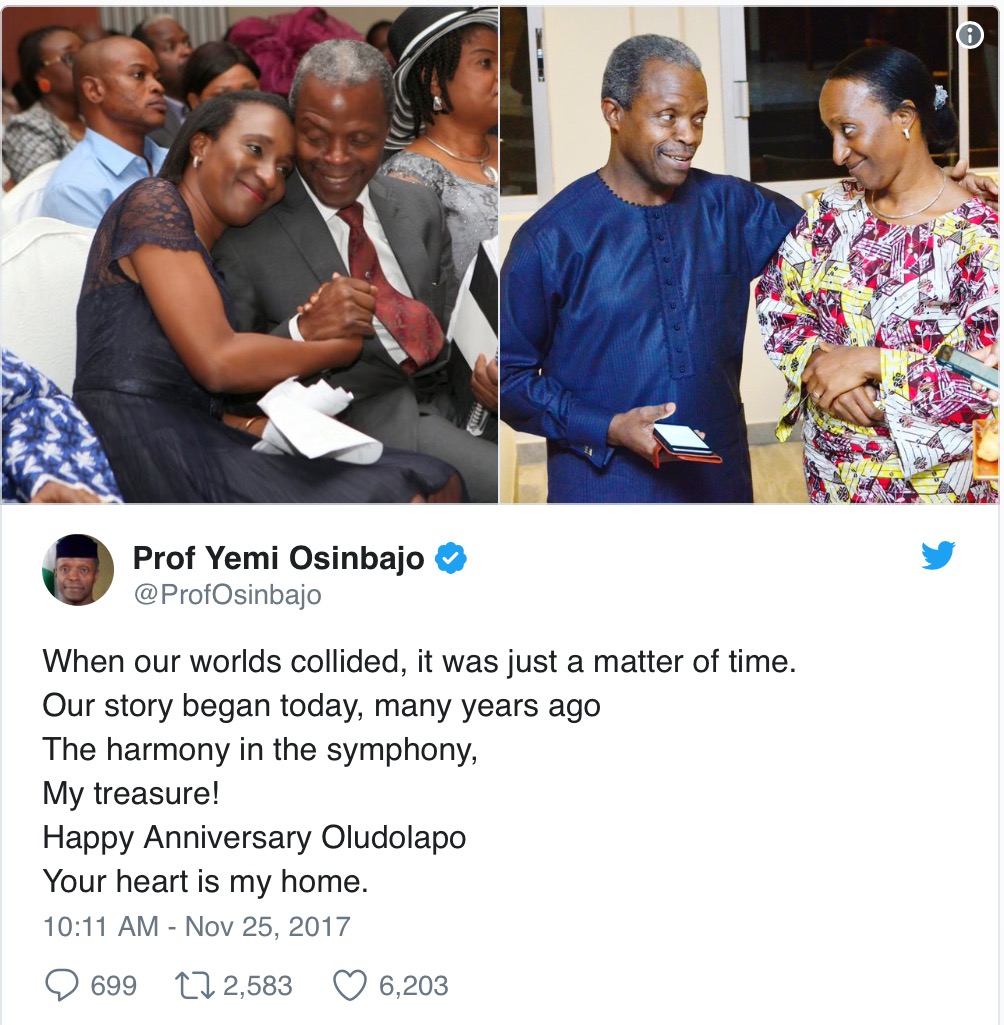 Were it that he wasn’t a sound lawyer an SAN at that who has gotten to the pinnacle of his career, with intimidating pedigree, Vice President of Nigeria, his excellency Prof. Yemi Osinbajo would have made awesome money at being a poet or much sought after rapper, giving Chance and Jay Z a major run for their money. Most likely he would have been a poetic giant no doubt!

On the occasion of his and his wife’s 28th wedding anniversary just yesterday, the pastor and lawyer and our current VP, “waxed poetically lyrical”.

The Prof, spoke so glowingly about Madam Dolapo, that everyone’s heart melted totally. Hear him-

“When our worlds collided. It was just a matter of time. Our story began today, many years ago. The harmony in the symphony. My treasure! Happy Anniversary Oludolapo. Your heart is my home”.

As much as the above is mind blowing, only those who better understands the Yoruba languagee well, would have understood greatly the import of what “Your heart is my home” conveyed- “Okan e Ni ibugbe mi”! My domicile, my place of rest, my totality, my place of peace!

Last year during the summer of 2016, we were part of a group of people that had dinner in London with the VP’s wife, and we can tell all without fear of contradiction, that she’s most probably one of the most pleasant and down to heart and very caring woman we have ever encountered. No airs and she brings you in effortlessly.

So we seem to somehow understand where the VP is coming from.

Congratulations, Sir and Madam, long may this endure, always in love and respect! Salute!!!

SO THE DEED IS DONE. KORO NOW IN APC WOULD THE INVESTIGATION STOP NOW?
WHERE IS GBENRO AJIBADE?
Comment