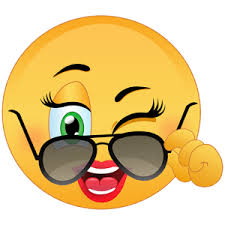 Both do not for any reason give a damn what anyone might think, or however anyone might feel or however they feel, what’s uppermost in their mind right now is their feelings for each other and from all indications, it is love made in heaven or so it seems. Both have become an item, major one at that and are always together as much as time and space would permit.

Are you still wondering who we are on about or waxing lyrical about? It’s none other than the super gorgeous entrepreneur and mother of one, who runs what one could term to be like her own health farm, it’s our well proportioned, very stylish, well moneyed lady FF some know her as lady F.E.F.

Maybe this one is true love at last, after the fiasco of her very public love match with that crooner known for “moving the waist like champion”, which ended on a sour note! Though for several months cupid’s arrows were seemingly relentless as it were fired with undeniable accuracy and the tip soaked in very potent potions, the love between the 2 was celebrated to high heavens, they both wanted to be the then newest couple in the entertainment industry then, just like 2 and Ann, LO & husband, but just as soon as the love began, it also crashed like a pack of cards and seemingly irritrivably. While FF picked up the pieces of her devasted love life and moved on gallantly, the crooner has since gone downhill, trying his best to fix his music career, but is finding it pretty hard.

Not long after that crash though, madam seemingly found love in a strange place, mimicking that hit by Rihanna which led to a gorgeous baby.

Baby’s dad is a top top secret that is very well guarded, but suggestions have mentioned London and we are investigating that connection to ascertain facts. But as per lady FF’s love life, that one is legendary, as she’s been there done that with much aplomb!

If we were to do up a list of the who-is-who that she’s dated, it would be the subject of another blockbuster story that if released on TV would win a global Emmy awards, or if released as a movie would most definitely be a contender for an Oscar awards anyday, anytime.

Young lady is in her 30s and a “very hardworking businesswoman”, whose mantra is most definitely “it’s all about the money”, let’s not lie at all, she is a freaking rich young lady, so liquid that many see her as a role model, especially TM who would do anything to be in the same shoes as FF.

On the dude named after the world famous Italian designer of high repute, he used to be a London boy, but now Lagos based. He is into this and that business where he has made crazy money and is in his 30s. He and his crew were/are some of the best patrons of Quilox, owned by Shina Peller. Imagine that these guys have fun from “Mondays to Mondays” none stop, so if they could do that and spend such mad money somewhere else, why not do their own thing and have their own joint.

So he and 2 others and most likely Lady FF the madam who is the dude’s heartbeat have renovated totally upscale, not sparing any expense that former upscale joint Q, on Ademola Adetokunbo, Victoria Island Lagos and renamed it “BB”, though it’s a bar and lounge now, many are of the opinion it would soon become a club, because they expect it’s going to be a banger of a place.

FF is suspected to have invested in the joint also because apart from her being very liquid and being able to afford to invest, she’s been so passionate about the joint also, and that’s how she is when she’s totally and unreservedly loved up. She always goes the extra mile when she’s in that mode.

Our loved up dude is a fine boy to the core, “supremely stylish” and ever bespectacled, morning, noon or night. He and his dudes just launched altogether brand spanking new S-Class Mercedes 2015 recently. They are like the 3 musketeers always together, inseparable.

Though lounge just opened to test the waters, official opening is set for Friday, when the world would experience A-class fun in a fantastic ambience.