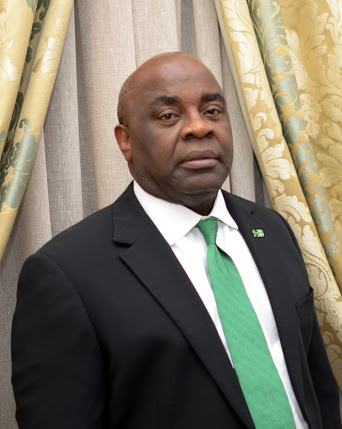 Dewunmi Ogunsanya, is the super rich lawyer, an SAN at that, who is the chairman of MultiChoice Nigeria (MNET) the owners of DSTV, GOTV, etc, he is also a director at Heritage Bank.

The chairman as he is famously called is known to be a perfect host. His Ikoyi Lagos Nigeria home located on Queen’s Drive overlooking the lagoon is also believed to be one of the most beautiful and most techy homes in Lagos if not NIGERIA, which when it was finished a few years back, was said to have consumed a few of the man’s billions in Naira. It is this same expansive compound, where the edifice is located that would host all and sundry on Sunday.

One person that would be greatly missed on the day of the occasion though, is the gorgeous late wife of the top businessman and well to do lawyer; madam passed on a few years ago after a resilient battle with cancer. Just imagine if she was around? As she would most definitely have been the perfect hostess at her daughter’s traditional wedding and engagement making sure it is the bomb!

But not to worry though, Dewunmi Ogunsanya is known to be more than capable, he would make sure his wife’s memory would be kept intact as he does the needful to host a great ceremony for their daughter.

We expect that the who-is-who of the corporate world, the top celebrities and stars of the entertainment world and so many others to grace the occasion.

We hope to give you an updated report on the event afterwards.