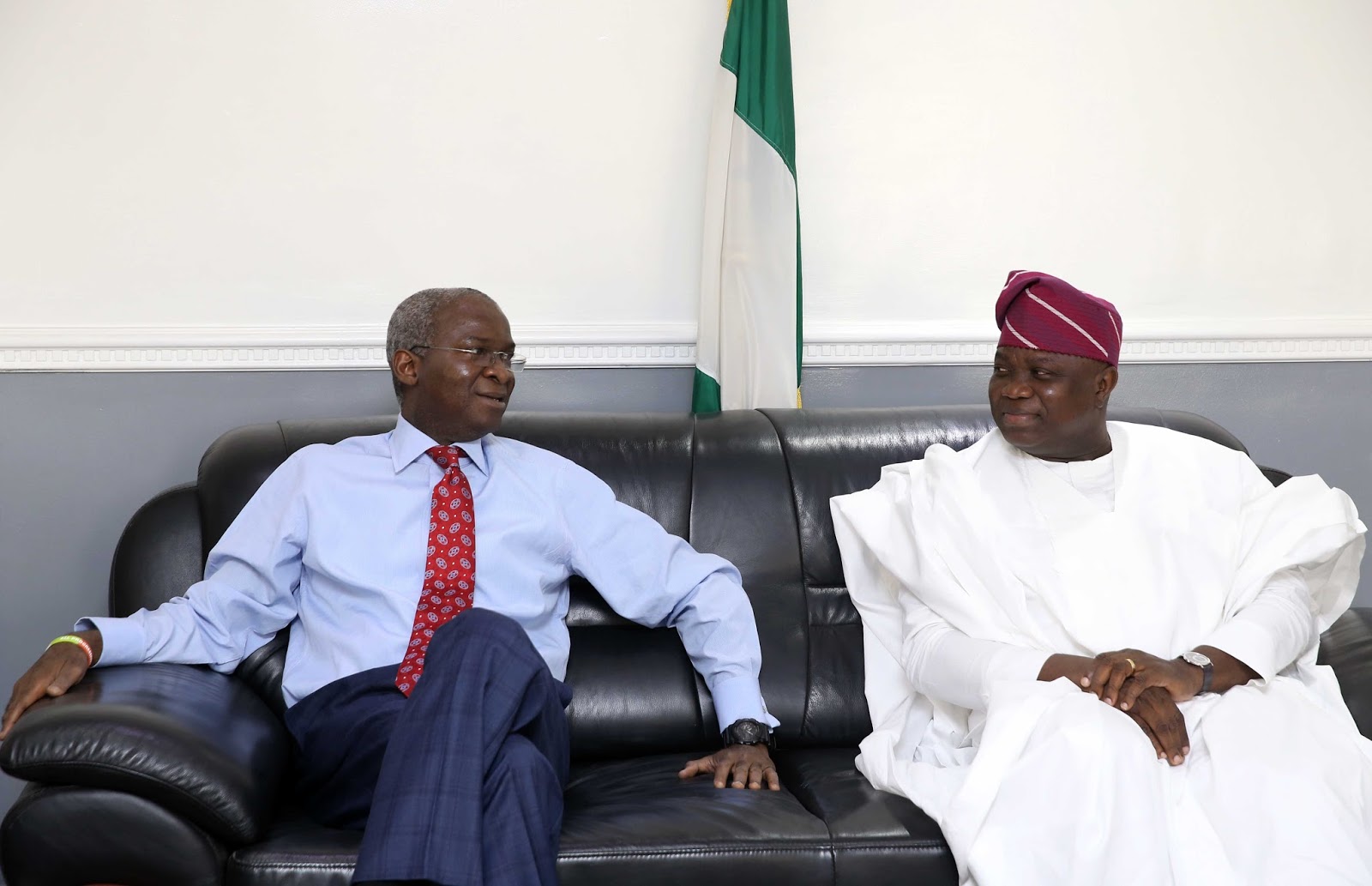 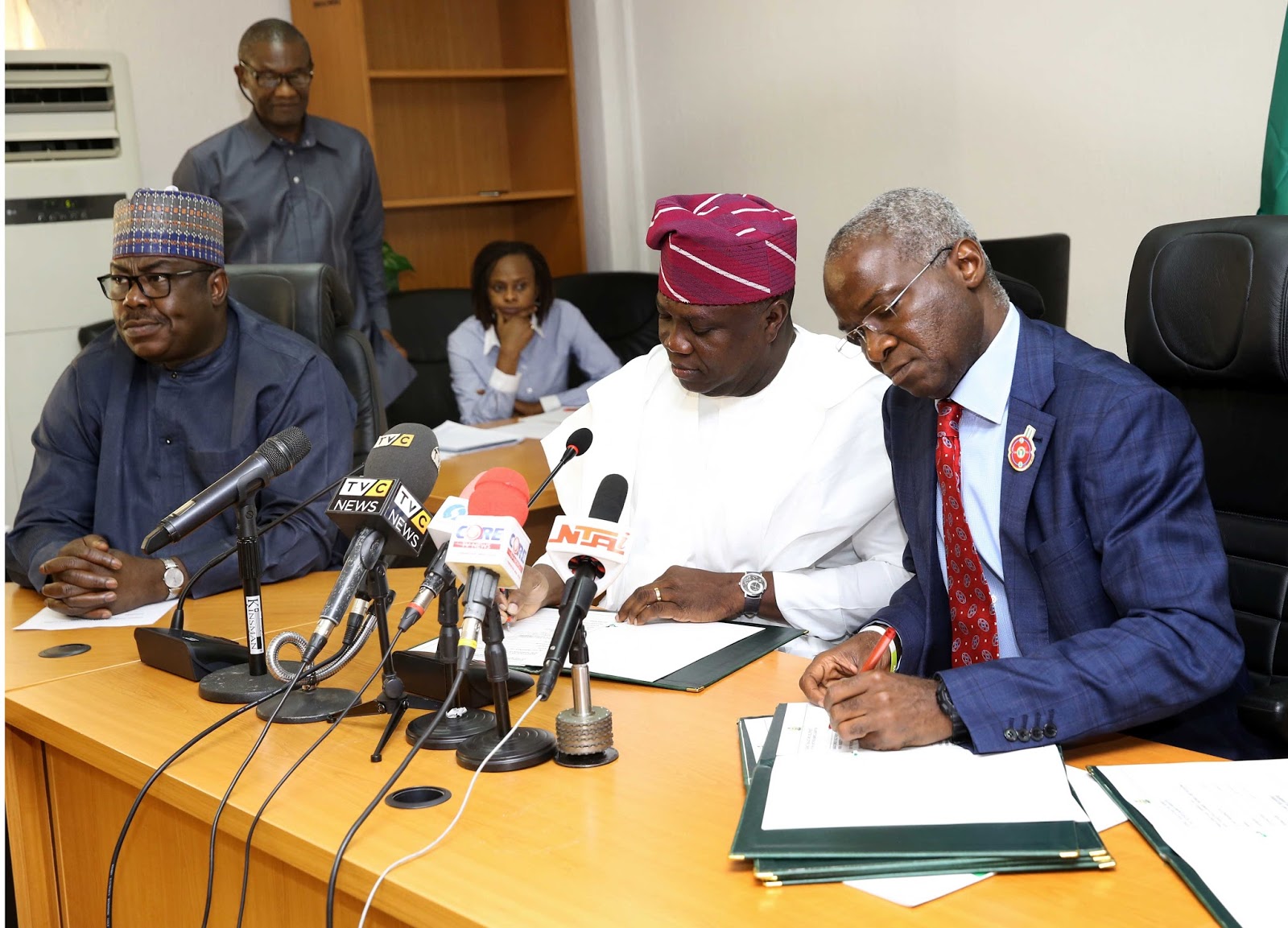 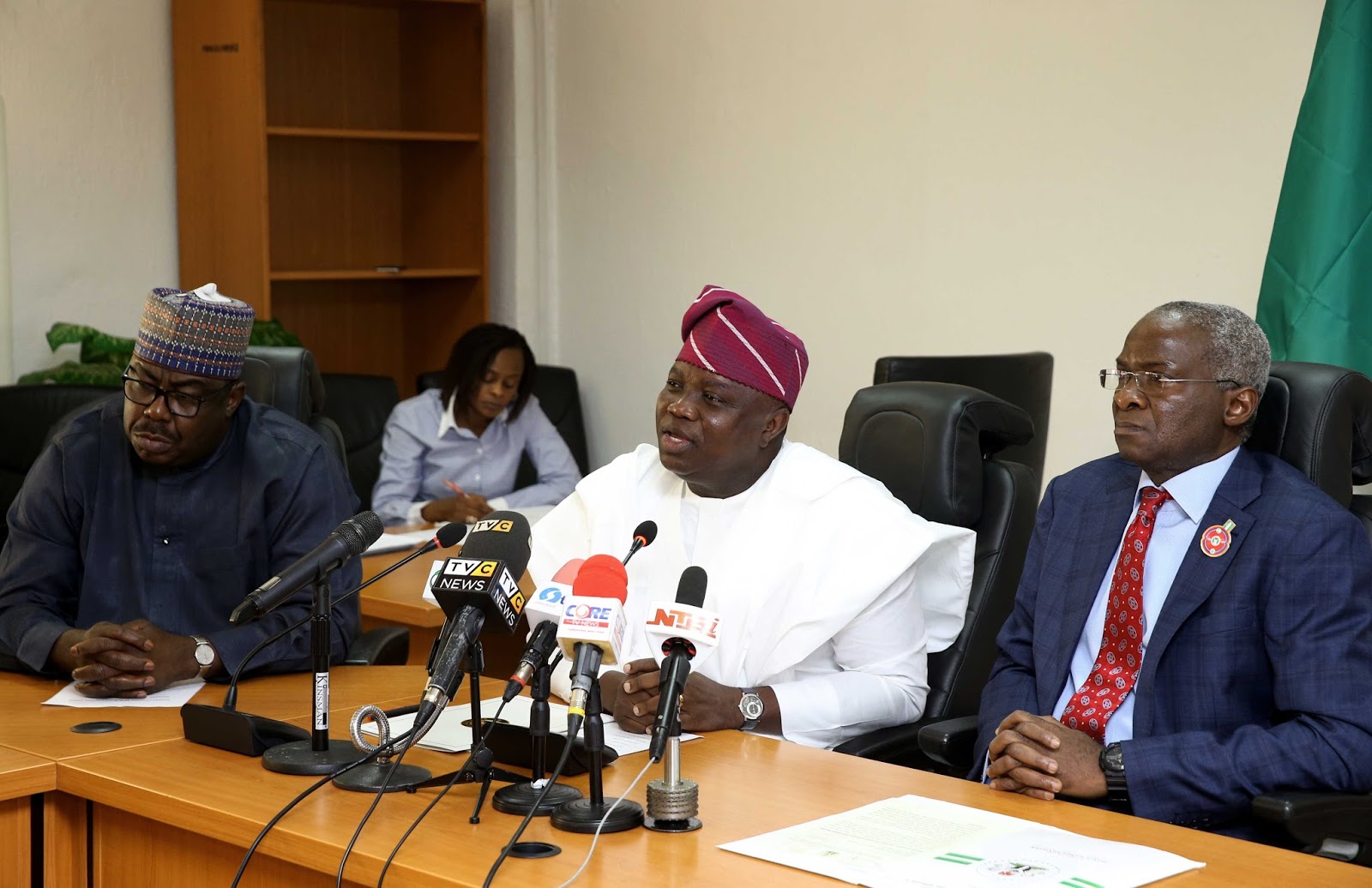 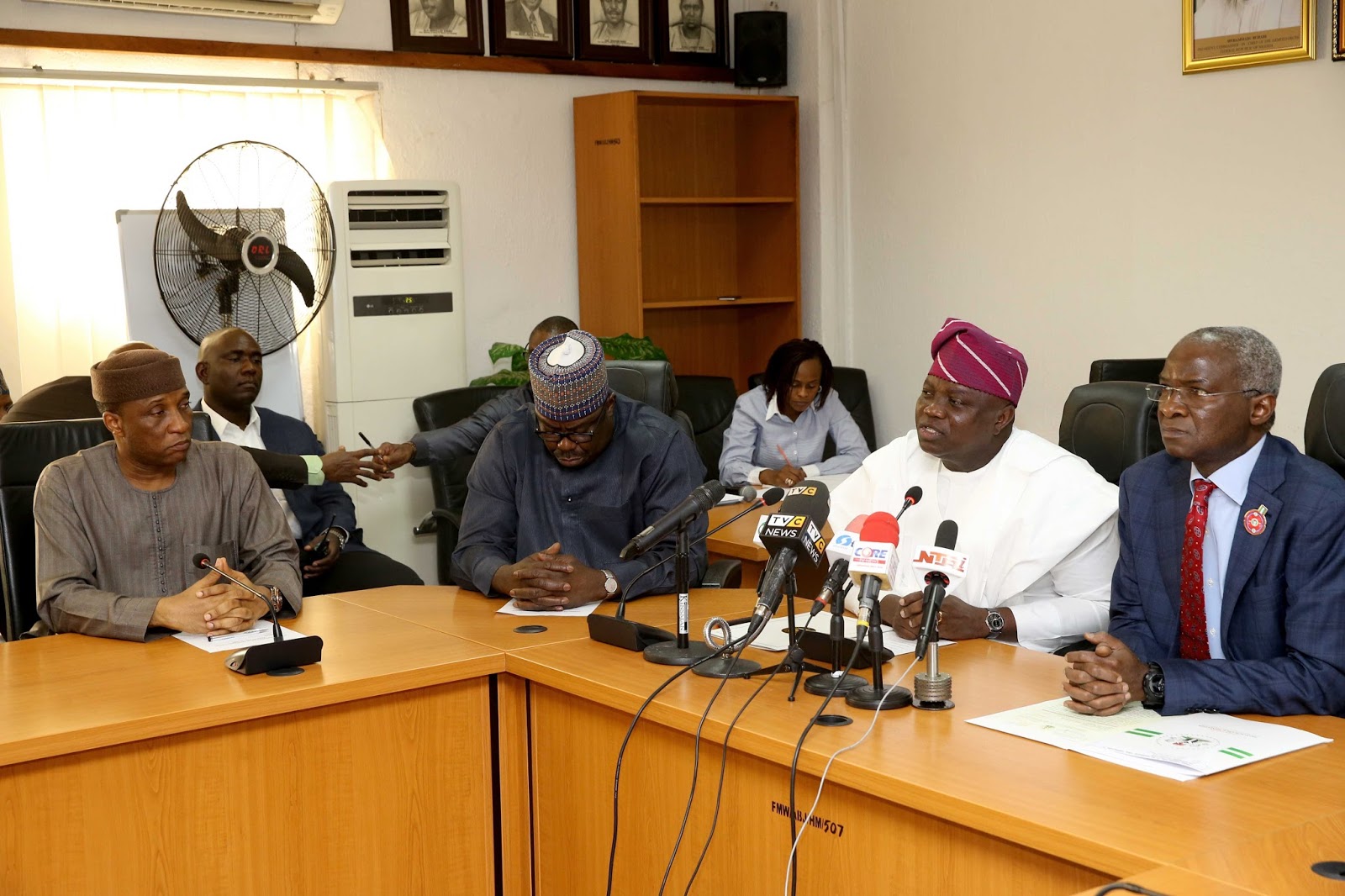 Speaking at the brief but impressive handing over ceremony, held at the Conference Room of Federal Ministry of Works, Power and Housing in Abuja, Lagos State Governor, Mr. Akinwunmi Ambode said the development was a testament of the commitment of President Muhammadu Buhari to bring positive change to Lagos.

Governor Ambode particularly commended the President, Vice President, Professor Yemi Osinbajo; Minister of Works, Power and Housing, Mr Babatunde Fashola and staff of the Ministry; Permanent Secretary in the Office of Chief of Staff to the President, and other stakeholders who worked to ensure the final transfer of the asset to Lagos.

The Governor said: “We are strongly delighted to be here on this historic day; on a day that actually finalises the intention of Mr President to bring positive change to Lagos.

“We want to sincerely appreciate President Muhammadu Buhari who has graciously approved that the Presidential Lodge be released to Lagos State and for the use of Lagos State which, just has said by the Minister, we have been trying to get for the last twenty years.

“We are pleased that on a day like this, it is my predecessor and present Minister of Works who is now doing the final handing over of which he had also been part of that process to get this asset back to Lagos but in God’s own doing, the Minister is in the position today to do the final documentation and we are very grateful for that.”

While alluding to the fact that the development was a sign of greater collaboration between Federal Government and Lagos State, Governor Ambode expressed optimism that it would be the beginning of process to get such assets back to the State Government.

Besides, the Governor said his administration would put the edifice to good use and transform it into a national monument to boost tourism and grow the economy of Lagos and Nigeria.

“This is a sign of greater things and greater collaboration between the Federal Government and Lagos State. We believe strongly that this singular gesture is part of what will improve the economy of Lagos because our intention is to turn that particular asset into a national monument where we can christen it a National Heritage Centre for Leadership and we will use it also as a tourist centre to bring Nigerians and foreigners to come to Nigeria and as well use that as a means of improving on the economy of Lagos State and Nigeria.

“On a final note, I want to show my sincere appreciation to the Minister and hope that this particular event will bring more good stories as we continue to see how much we can strive to get some of these assets back to Lagos State,” Governor Ambode said.

Earlier, Fashola congratulated Governor Ambode and the people of Lagos State for the N1.04trillion budget estimate presented to the State House of Assembly on Monday by the Governor, and expressed hope that it would improve quality service delivery to the people of the State.

He said the signing of the document which formally vest ownership of the Presidential Lodge, Marina in the State Government was in fulfillment of the promise made by President Buhari, saying it was gratifying that the long journey spanning about two decades had finally come to an end.

He said: “This is a long journey that has come to an end; a journey that has taken almost two decades when the Lagos State Government asked that the property be vested in Lagos but for reasons that remained difficult to understand it did not happen but the President of change who is a promise keeper has made it happen.”