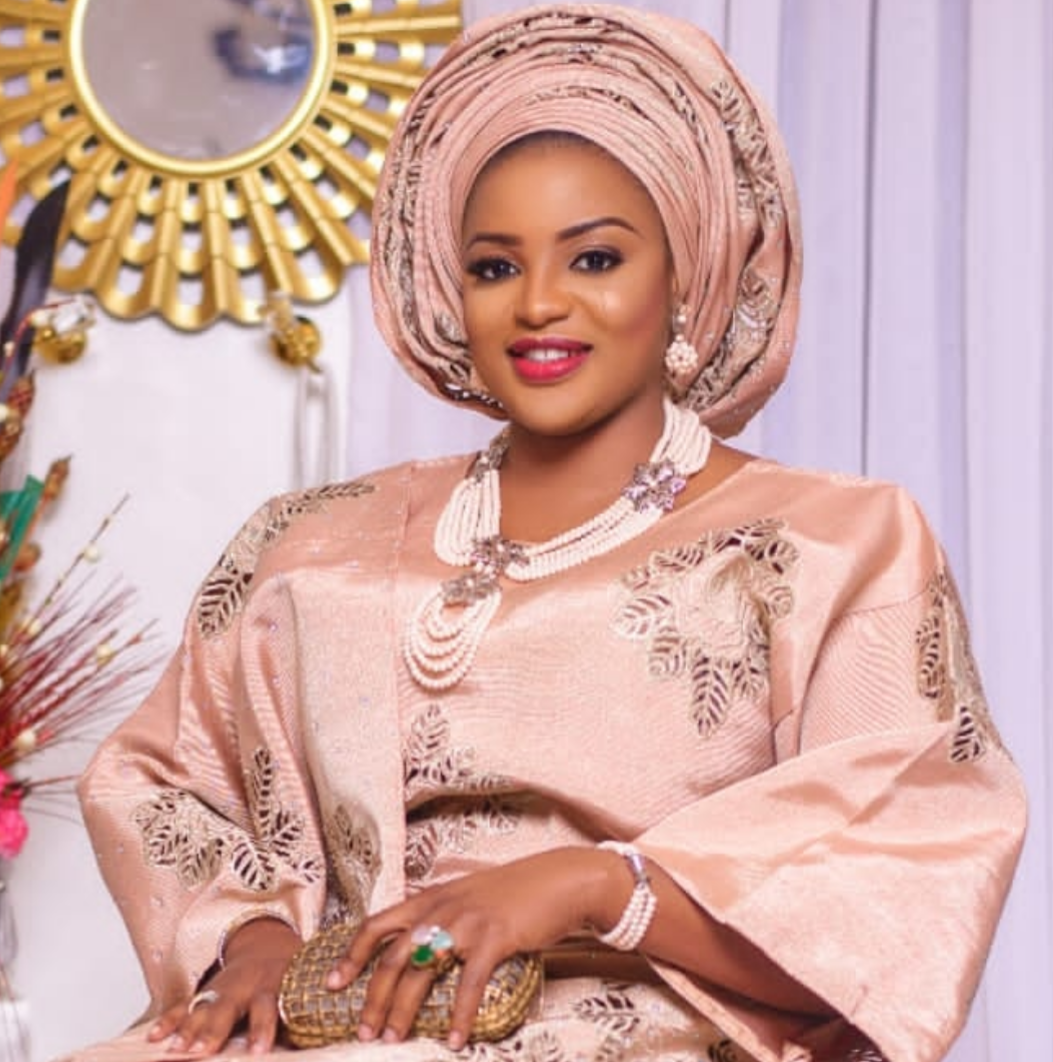 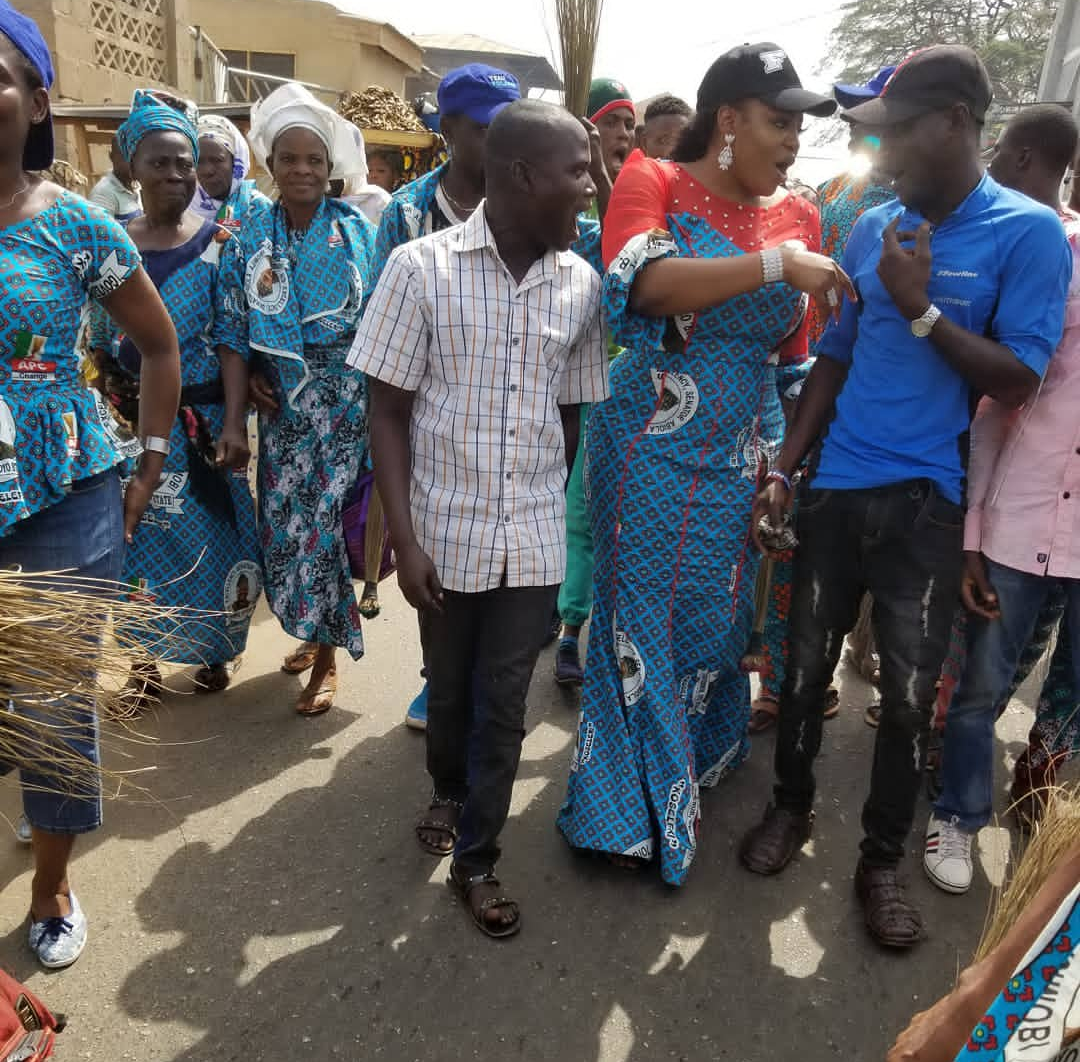 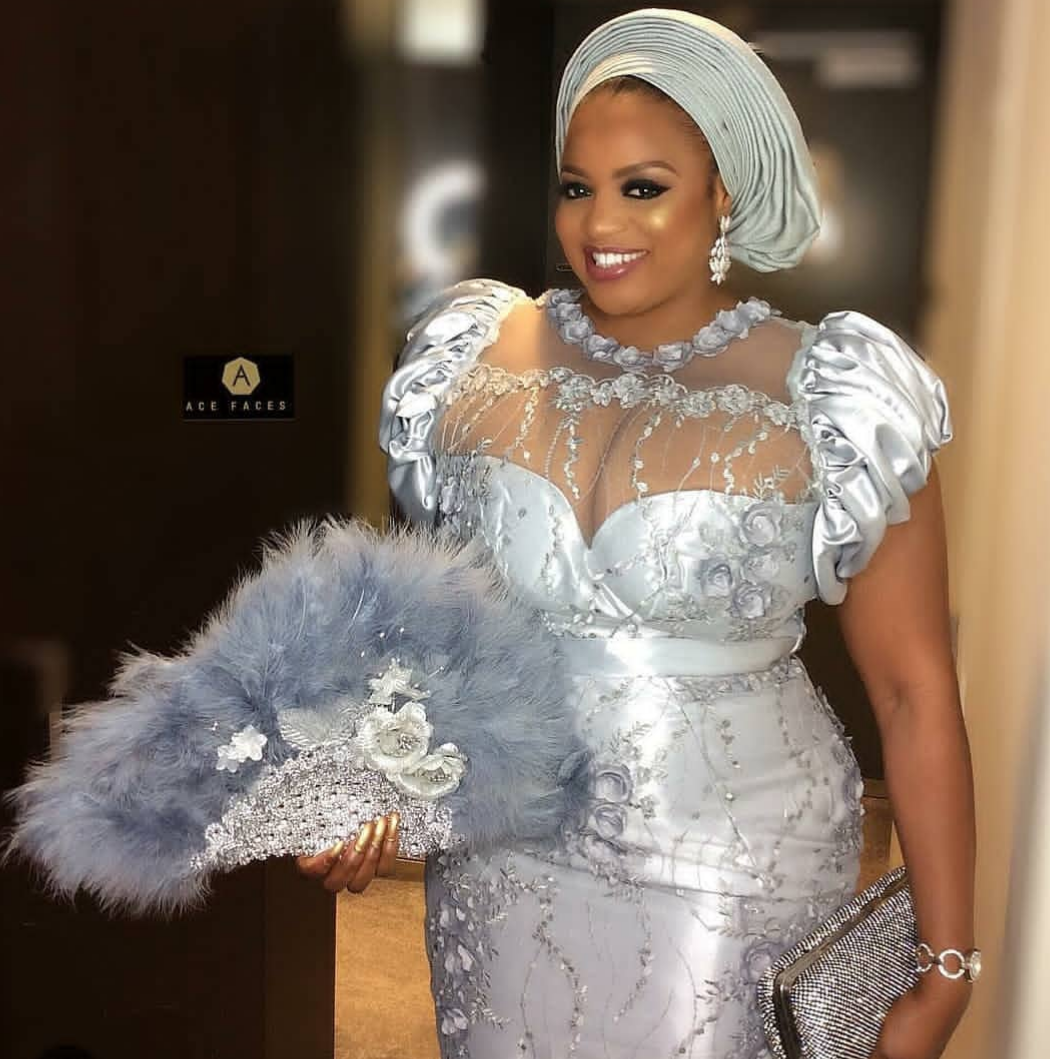 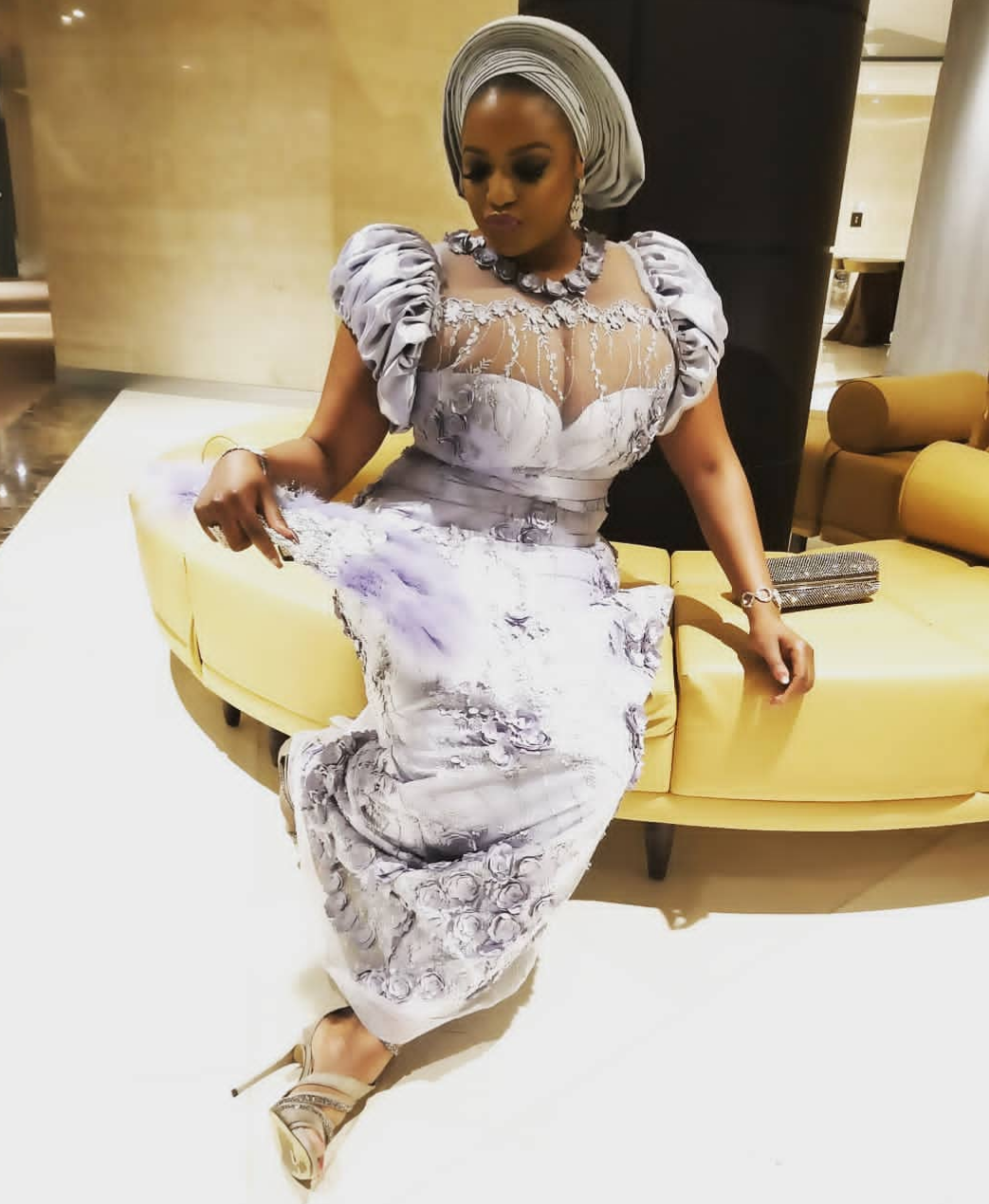 Just like her principal, former Senate Leader, Senator Teslim Kolawole Folarin who is a big political juggernaut in the Oyo State political space has changed allegiance to the progressives and seemingly joined the main stream of Politics in the polity, ace actress and avowed entrepreneur, the bombastically shaped Funke Adesiyan has followed her principal also to the APC.

Senator Teslim FOLARIN, a former gubernatorial candidate of the PDP at the 2014 election under the PDP declared openly and publicly for the APC yesterday at the rally to celebrate the Oyo State’s Governor’s 68th birthday.

The beautiful and voluptuous actress who is a strong supporter of the former Senate Leader and an unflinching member of his Political school of thought, who is also the only legislator to have served 2 terms from Oyo State at the House of Assembly is now an APC member too. She had tried to clinch her party’s ticket to run for an elective office at the last election, but she lost out.

My journey into politics was borne out of my passion and desire  to touch people’s lives positively. Having realised that there was little I could achieve in my private capacity, I decided to put myself in the political landscape of the country.

That resolve has never changed. My mission has always been to make life easy for the man next door. While that could not be achieved on a different platform in 2015 due to factors that would not be necessary to delve into at this time; it is my joy to announce today that I am joining the progressives with the same resolve.

My commitment and loyalty to whatever or whoever I believe in is unwavering, unflagging and unflinching.

I assure my people of my unalloyed commitment to a life more abundant. This can only be achieved by working side by side with individuals who are also driven by the same passion to achieve an egalitarian society.

IS HE A CLOSET GAY OR IS JUST AB ADVENTUROUS FELLOW? OUR NEW SUNDAY SUNDAY Q & A!!
GOVERNOR ABIOLA AJIMOBI CLOCKS 68 AND GETS MASSIVE, AWESOME HEART GRATIFYING BIRTHDAY GIFTS!
Comment