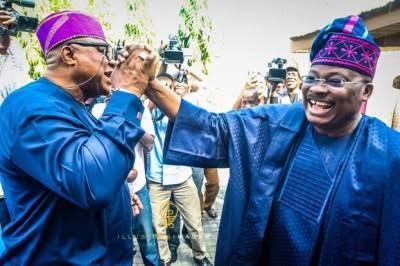 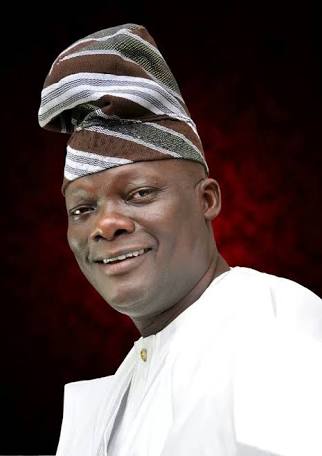 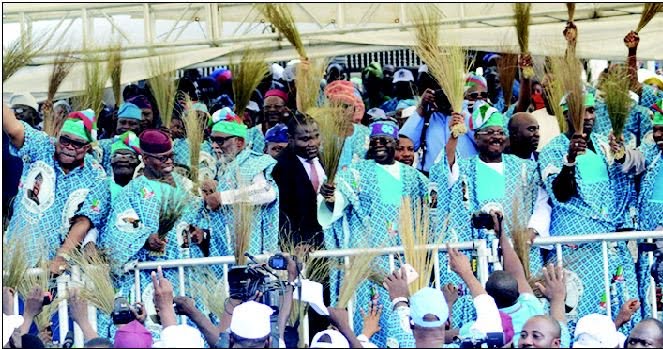 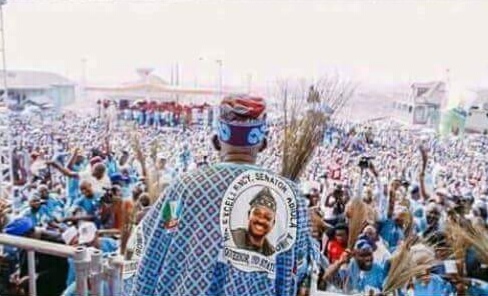 So it was the 68th birthday of the Executive Governor of Oyo State of Nigeria, “Senator Abiola Adeyemi Ajimobi triple A’s” yesterday.

His date of birth being December 16, 1949 having being born in Oja’ba Ibadan and as a massive birthday gift (s), the only Governor of that state to have ever gotten a 2nd term as a Governor (a major jinx breaking feat) received into the APC camp with some of his party heavyweights-(the likes of the National leader of the APC and Jagaban of Borgu, Asiwaju Bola Ahmed Tinubu and the Governor of Osun State, Ogbeni Rauf Aregbesola), 2 political colossi in the persons of the former Executive Governor of the same state, in fact the predecessor to Senator Ajimobi, the strongman of Ogbomosho- Chief Christopher Alao Akala and Senator Teslim Kolawole Folarin, both of who until yesterday were very strong members of the opposition party, the PDP in Oyo State, juggernauts in the political space of Oyo.

With their defection from the opposition to what they have termed and tagged the progressives, they have further deflated and decimated the conservatives and a party that is still doing its best to survive the comatose lethargy that it has fallen into for sometime now. The PDP is grasping for air to survive and those expected to give it the kiss of life, are gradually abandoning her.

Just like it was in Lagos, when former Minister of State for Defence Senator Musiliu Olatunde Obanikoro officially declared for the APC with a mammoth crowd in tow, it was somewhat of the same when these 2 political gladiators also changed alliance and declared for the ruling party.

In his address at the rally to welcome the defectors, ASIWAJU Bola Ahmed Tinubu said, the APC has “a stainless kitchen” that is large enough to accommodate as many cooks as possible.

Allaying fears on how to manage the political differences of the political heavyweights joining the party, Tinubu noted that the APC has a variety of menu in the political kitchen for the future of the country.

He went on further to state: “We have a stainless kitchen and we can accommodate as many cooks as possible and because we have a variety of menu in the political kitchen of planning this future, we love those bigwigs and we can accommodate them all. It is in the same forest that you find a hippo that you find an elephant and you will find a rabbit. In political platforms, you must look for the addition not the minus.

“You can see that the opposition is dead in Oyo State. Today is important for us because it is the birthday of Governor Ajimobi and things that have never happened in the history of Oyo State have started happening.

“Thank God for my friend Alao-Akala and the others for seeing the light. All of you that joined will also join in building the party. The APC house is great for all of us. We are proud of you for joining us. APC is the only progressive party in Nigeria and Africa.”

He also pointed out that it has become very clear that APC would win in 2019.

While also welcoming the defectors in their separate remarks,  Governors Aregbesola and Akeredolu said that the resources and experiences of the individuals would be useful to build a more formidable party ahead of the 2019 general elections.

Odebunmi said as the only elected PDP officer from Oyo State, his defection to the APC signaled its final death.

The lawmaker said he has found out that only the APC and Ajimobi have good programme for youths.

Former Governor Alao-Akala in his own remarks said dynamism in politics requires that politicians move with time.

“He opened his arms all the way and supported efforts to bring people into the fold. By God’s grace, all the defectors have worked under me. The room Ajimobi gave us made all these possible. We shall work with him to move the party forward. We shall be good party members.”

Governor Ajimobi described the event as one of the unprecedented incidents marking his tenure.

He called on politicians to forgive themselves of past sins and assured that they will not regret joining the APC.